S. Raekwon has announced a new EP, I Like It When You Smile, which will arrive on September 2 via Father/Daughter Records. Today, the Brooklyn-based singer-songwriter has shared a video for the single ‘Talk’, which was directed and produced by Rachel Cabbitt and Natalie Leonard of POND Creative. Check it out below.

S. Raekwon released his debut album, Where I’m at Now, last year. “I started writing and recording I Like It When You Smile shortly after finishing my last album,” S. Rekwon explained in a statement. “It was an interesting time, because while that album was finished, I still had to wait months before it came out. I work on music almost everyday, at least in some capacity, so it’s a challenge for me to stay still, even when the well is dry. I forged ahead by giving myself permission to just make things without any expectation. To follow whatever came out of me naturally. To not judge. To have fun.”

Commenting on the new single, he added: “’Talk’ is the last song I wrote for the EP, but it sums up the tonal and emotional direction that I had set out for the project from the very start: to make something that was fun to create and listen to. Musically, I was interested in seeing how I could combine the drums and low end of hip hop records with softer and more intimate instruments like the acoustic guitar and piano. I wanted to see how far I could push the idea of drums carrying a song, rather than the ‘music’ or melody. Lyrically, Talk takes place at the inflection point of a relationship. I’m still uncovering exactly what it means, but I think it boils down to this: talk is important, but love is a verb.” 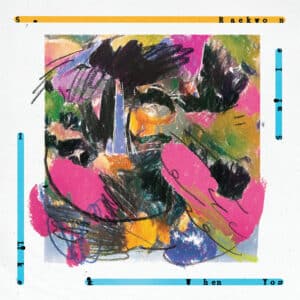