Slpiknot have announced a new album called The End, So Far. It’s slated for release on September 30 via Roadrunner Records. The 12-song LP is led by the single ‘The Dying Song (Time To Sing)’, which comes alongside a video directed by the band’s own M. Shawn ‘Clown’ Crahan. Check it out below, and scroll down for the album’s cover artwork and tracklist.

The End, So Far marks Slipknot’s seventh studio album, following 2019’s We Are Not Your Kind. The record was produced the record by the band and Joe Barresi. “New Music, new art, and new beginnings,” Crahan said in a press release. “Get ready for the end.”

The End, So Far Cover Artwork: 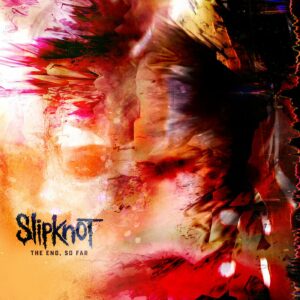 The End, So Far Tracklist: