The Soft Pink Truth has announced a new LP titled Is It Going to Get Any Deeper Than This?. It’s set to arrive on October 21 via Thrill Jockey, and its lead single ‘Wanna Know’, which features guest vocals from Jenn Wasner (Wye Oak, Flock of Dimes), is out today. Check it out below, along with the album’s cover artwork and tracklist.

“Years ago, a friend was DJing in a club and a woman came into the DJ booth and asked ‘Is it going to get any deeper than this?’,” Drew Daniel said of the album’s title. “And the phrase became a kind of mantra for us. What did she really want? This album was created as an attempt to imagine possible musical responses to her question.”

Daniel is also releasing a new mini-album, Was It Ever Real?, on August 19. It will follow the Soft Pink Truth’s 2020 record Shall We Go On Sinning So That Grace May Increase?.

Is It Going to Get Any Deeper Than This? Cover Artwork: 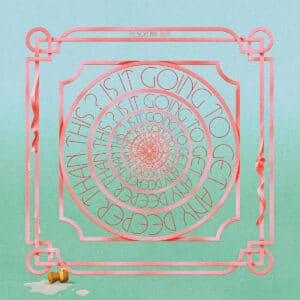 Is It Going to Get Any Deeper Than This? Tracklist: