Peel Dream Magazine, the project led by Joe Stevens, have announced their next album. Pad, the follow-up to 2020’s Agitprop Alterna, is set to arrive on October 7 via Slumberland/Tough Love. The LP’s lead single and title track is out today, and it’s accompanied by a video by Ryan McGlade and Stevens. Check it out below.

“We filmed this video in Bed-Stuy at the home of a director friend Ryan McGlade, on a day off from the Soccer Mommy tour in New York this past March,” Stevens commented in a statement. “That apartment is supposed to be my pad. In the story of the record, I’m just stuck there, having been kicked out of Peel Dream Magazine. I wanted to frame it as a fairytale, where everyone gets to meet this aggrieved character, and read excerpts from the actual story about how I arrived at this place. It’s just a beginning, though. The song is one of my favorites from the new record, it’s just got a really unusual feel to it for me, and I think some folks might find it surprising.” 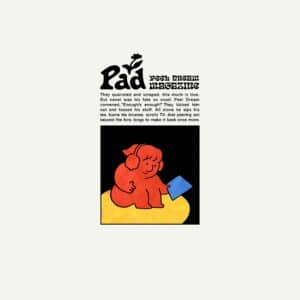