Philadelphia guitarist Bill Nace has announced a new LP, Through a Room, which will be released on November 11 via Drag City. Today, Nace has previewed the album with its lead single, ‘Boil First’, which you can hear below.

Nace’s most recent solo album, Both, came out in 2020. Last year, Body/Head, his project with Kim Gordon, put out a collaborative record with experimental musician Aaron Dilloway called Body/Dilloway/Head.

Through a Room Cover Artwork: 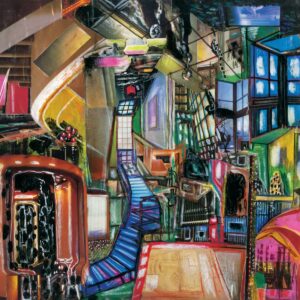 Through a Room Tracklist: