Old Fire, the project of Texas-based composer and producer John Mark Lapham, has announced his sophomore album. Out November 4 via Western Vinyl, Voids includes vocals from Bill Callahan, Adam Torres, Emily Cross, Julia Holter, as well as a host of other musicians. Callahan guests on its lead single, ‘Don’t You Go’, a cover of British singer-songwriter John Martyn that also features Thomas Bartlett on piano, Semay Wu on cello, and Robin Allender on keys and guitars. Check it out below.

“I originally created some ideas for this cover with a composer friend of mine and it laid around without a vocalist for years,” Lapham explained in a statement. “The song really resonated with me so I took my ideas for it and asked Thomas Bartlett to be involved, who in turn recorded a beautiful piano part for it. Bill was the last piece of the puzzle. I set out to find a vocalist who was a little older, someone who could add to the southern gothic feel of the album. I was introduced to him by our mutual friend, Thor Harris, and it evolved from there. Lyrically the themes of loss and mourning of this track fit well into the overall narrative of the album. With the video, I wanted to express those concepts, and portray them as the father being buried alive by his memories and his hurt. As with other elements of Old Fire, the setting had to be West Texas, as there is so much desolation and decay in this area.”

Elaborating on the process of making the album, Lapham said: “I was feeling the brunt of a relationship ending, and the emptiness it left behind. Over the course of compiling the album, I lost both my parents, and the pandemic started. These recordings were born out of that loss, and that isolation. The title Voids was a natural fit.” 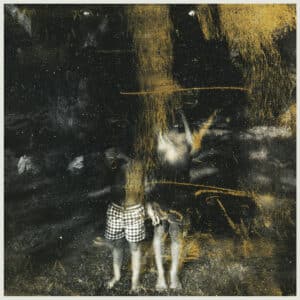