Kornél Kovács has announced his upcoming album Hotel Koko, sharing a collaboration with Aluna called ‘Follow You’ along with the news. The follow-up to 2019’s Stockholm Marathon is set to arrive on October 14 via Kovács’ own Studio Barnhus. Check out ‘Follow You’ and find the album’s cover art and tracklist below.

“I wanted this album to centre around a fictional, dreamlike place,” Kovács explained in a statement. “I’ve often had friends staying at my flat in Stockholm while I’ve been away touring or recording. At one point I wrote down some basic information and silly “house rules” on a paper, making it look like stationery for a ‘Hotel Koko’. I found that piece of paper while cleaning my flat a while back, that’s when the idea and the album title fell into place. I think all hotels, from the shabbiest to the most luxurious, have a sense of fantasy and mystique about them, they’re these ‘liminal spaces’ if you will, where anything could happen behind the locked hotel room doors.” 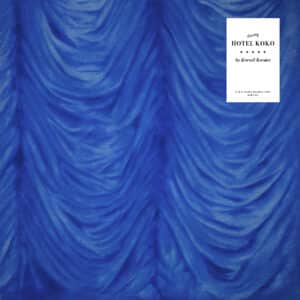