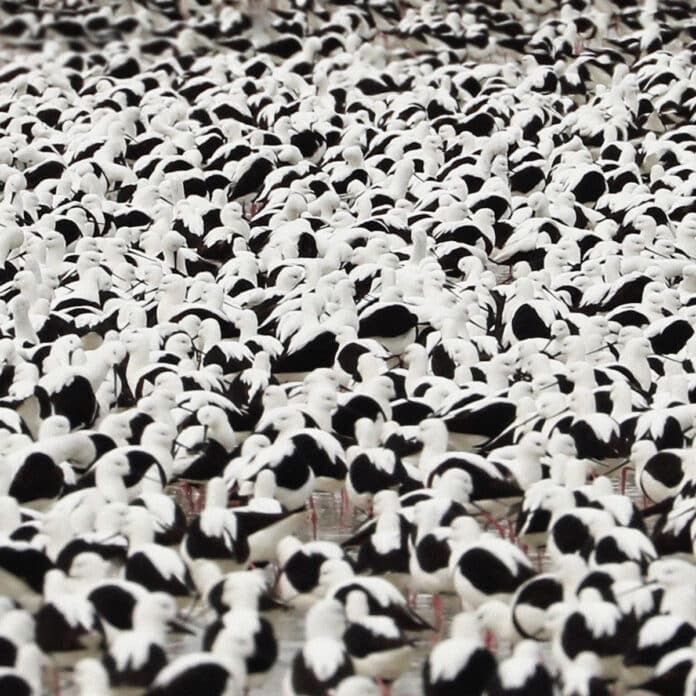 Just a couple of songs into Flood, Stella Donnelly slows down. ‘Restricted Account’ is a tender piano ballad unlike any she has offered to the public before, but represents a mode of songwriting she’s more than comfortable embracing on the follow-up to her impressive 2019 debut, Beware of the Dogs. Her voice is sweet and composed, rarely rising to the delicately quivering vibrato that made earlier love songs like ‘Mosquito’ so immediate and gripping. Instead, she lets the song breathe, unfurling with layers of instrumentation that don’t so much compliment as float along her stream of words, like lifting a thought into a dream. “I’ll be your lover” is the one where she settles, wrapping it around Julia Wallace’s lush flugelhorn before allowing her vocals to be fully submerged. Later, on ‘This Week’, a downbeat song about the daily struggle of nurturing your mental health, horns once again tangle forth to provide gentle reassurance as Donnelly practices her way around the phrase “I feel better,” teasing out the possibilities.

Flood may not be as brightly lit as Donnelly’s debut, but it radiates the same warmth and empathy that it made it stand out. As easy as it is to point out the musical shift that marks the new album, what leaves a bigger impression is her renewed perspective, both matured and occasionally fanciful, which plays out in how she utilizes the space in her songs and the subtleties of her voice. Instead of beginning her process by writing on the guitar, she opted for the piano, which she has said gave her “permission to be more vulnerable, because for me it’s a childhood instrument.” From the album’s opening notes, there’s something refreshing about hearing her rediscover that part of herself: ‘Lungs’ is literally sung from the point of view of a child that’s watching their parents’ eviction, brought to life by a snappy disco beat that dissipates only for the song’s most cutting statement: “Big man, proud with your new stripe/ I’ll be a child, rest of my life.” As if to drive the point home, the record proceeds with ‘How Was Your Day?’, a similarly and deceptively upbeat song that switches the focus on adults doing their best to discard vulnerability until the seams start to show.

Leading off with these songs, then, is a smart sequencing decision, making the transition to sparser tracks – where the tone is more introspective than observational – a natural and satisfying one. ‘Underwater’ is as raw as the album gets, with barely any accompaniment to soften the pain caused by a toxic relationship, except a subtle hum, a glimmer of light at the peak of isolation. Here, she pulls the anger that cut right through on ‘Boys Will Be Boys’ inwards: “I take on your anger and hurt,” she sings, a startling confession that takes on a wider, brighter resonance when shared with others. On ‘Oh My My My’, a song written after the death of her grandmother, her voice reaches a register so low it’s almost defamiliarizing, worn down by a devastating yet persistent sentiment: “Part of me died.”

Donnelly has a unique way of examining the power dynamics that occur when you let others into your life, the shadows they cast when they’re gone, and how difficult it is to find grounding from within. That incisiveness was evident on Beware of the Dogs, but Flood expands her range significantly. ‘Medals’ is the closest it comes to the guitar-driven indie pop of the last album, and its biting humour fits the sardonic nature of the lyrics. But when she poses the question, “Why is it so paralysing to see the one you love dance?/ Are you holding their hand, or holding back each other?” it comes off less like an attack than an honest intimation – Donnelly delivers it not through bared teeth, but eye to eye. Elsewhere, like on the title track, her use of metaphor to portray the push and pull of relationships feels vivid and intimate, and her language moves fluidly and deliberately from poetic to direct. “Looking for diamonds in the gallows,” she sings on ‘This Week’, “Looking for me inside someone else.”

In the early days of the pandemic, Donnelly and her partner were forced to retreat to the rural town of Bellingen, where she became interested in birdwatching. She has described the experience of being in nature as antithetical to that of being a musician; a humble way of “being my small self,” as she put it in press materials. But it’s a joy to watch her vision and confidence grow on Flood, sometimes sidestepping the self but not entirely abandoning it. On the final track, ‘Cold’ – which, like ‘Lungs’, is elevated by lively production from Methyl Ethel’s Jake Webb – her vocals gleefully soar and stretch in the background like Sugarcubes-era Björk. By the time it closes out with a repeated chant of “You are not/ Big enough/ For my love,” the declaration of self-worth seems almost redundant; not one thing, she’s already convinced you, could possibly hold it.

Album Review: Stella Donnelly, 'Flood'Just a couple of songs into Flood, Stella Donnelly slows down. 'Restricted Account' is a tender piano ballad unlike any she has offered to the public before, but represents a mode of songwriting she's more than comfortable embracing on the follow-up to her impressive 2019...