Only Murders in the Building: Best Quotes from Seasons 1 & 2 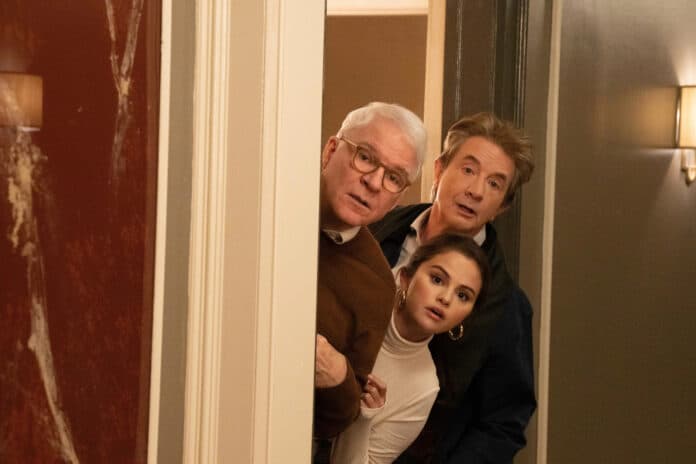 Only Murders in the Building is an Emmy-nominated mystery-comedy series from Hulu, created by John Hoffman and Steve Martin. Martin stars alongside Selena Gomez and Martin Short, with a supporting cast including Amy Ryan and Cara Delevingne. Most of the story takes place in the titular apartment building, the Arconia, located in the heart of New York City. Naturally, this setting brings together a diverse medley of characters, including some familiar faces (Sting of The Police in season 1, and comedian Amy Schumer in season 2).

The three main characters are Martin’s Charles-Haden Savage, a former TV actor, Gomez’s Mabel Mora, a young woman with a lot of unresolved trauma, and Short’s Oliver Putnam, a struggling theatre director. When a fire alarm goes off, the Arconia’s residents evacuate the building and this unlikely trio ends up bonding over their shared love for true crime podcasts. However, when they return to the Arconia, they realize that they may be embroiled in an unsettling crime case of their own. They decide to start their own podcast, and after some squabbling, they decide to call it ‘Only Murders in the Building’. To their surprise, they end up having to cover quite a few murders, even if they are limited to those only in their building. In addition to the thrilling mysteries that unfold throughout the episodes, the central trio’s banter is one of the most captivating elements of the show. Here are some of the best quotes from the first two seasons of Only Murders in the Building.

Oliver: You are scoring a murder mystery, not DJing a hobbit’s wedding.
Charles: The concertina can be very haunting. It transports.
Oliver: Yeah, well, it transports me back to 1800s Ireland. I feel like I’m in the middle of the Potato Famine.

Charles: Every true crime story is actually true for someone.
Oliver: And this is just occurring to you?
Charles: I guess it feels personal now.
Oliver: It already felt personal to me ’cause of Winnie.
Charles: Who’s Winnie?
Oliver: ‘Who’ – are you kidding me?! My dog, Winnie, who’s recovering from being poisoned. The fact that you forgot about her completely is deeply concerning to me.

Leonora: Why do I recognize your voice?
Charles: Oh, I’m an actor. I was on that show, Brazzos.
Leonora: Yeah, they have that on at my assisted living. It’s a very good show to have on in the background when you’re dying.

Oliver: Ooh, did the pregnant protege make a pernicious power play? Wow, I am on fire!

Oliver: You know, when I was a kid and I was in the bathroom too long, my grammy would knock on the door and say, ‘Oliver, would you like me to come in there and rub some Vaseline on your rectum?’

Oliver: Okay, kids, rush hour’s approaching, and the tunnel will be as packed as Orson Welles’ colon.

Marv: There’s nothing like a crisis to bring New Yorkers together.

Mabel: So that’s it? You’d rather tell a story that’s tantalizing than the story that’s the truth?
Oliver: You see, we would never do that. I mean, we have, but we try not to.

Charles: How can we get Cinda to crumble and cave like a … crumbling cave?

Charles: You must know things that upset [Cinda], that might make her feel vulnerable.
Poppy: … Human error, interruption, people who work for her but don’t look like her.
Mabel: Yeah, we noticed that one.
Poppy: … She does not like the inside of a tomato… Oh! Oh, this one’s weird.
Charles: The tomato was normal?
Poppy: She’s very afraid of slow-motion.
Oliver: … So she’s a true psychopath?