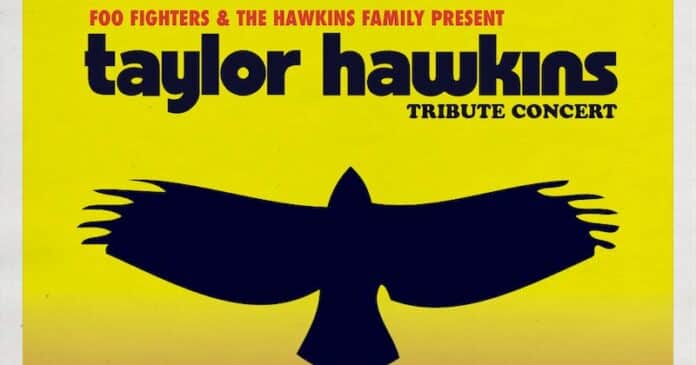 The first of two Taylor Hawkins tribute concerts is taking place today at London’s Wembley Stadium. The event, which kicks off at 11:30 am ET/4:30 pm BST, will stream live on Paramount+ in the US, Pluto TV internationally, and on MTV’s YouTube channels. Watch it below.

“Music is a powerful connector, and we are honored to commemorate Taylor Hawkins’ enduring legacy by bringing together Paramount’s portfolio of brands and assets to build even deeper connections with his global fan base,” Bob Bakish, Paramount’s president and CEO, said in a statement.

“Taylor was not only an incredible drummer and musician but truly one of the most passionate super fans of music the world has seen. His infectious energy and unique talent will continue to live on through his vast body of work,” added Bruce Gillmer, President of Music, Music Talent, Programming & Events, Paramount and Chief Content Officer, Music, at Paramount+. “Together with Foo Fighters and the Hawkins family, we look forward to leveraging Paramount’s global scale to mirror Taylor’s worldwide impact through this special tribute concert for audiences everywhere.”