Hyd – the project of interdisciplinary artist and PC Music associate Hayden Dunham – has announced the release of their debut LP. It’s called Clearing, and it’s set to drop on November 11 via PC Music. Today, Hyd has shared the new single ‘So Clear’, which was co-written with the late SOPHIE and EASYFUN. Check it out, along with the album’s cover art and tracklist, below.

“The feeling of rejection opened up my own questions about choosing Earth, choosing to make something new here, to be rooted when turbulent winds bend the stems,” Hyd explained in a statement. “Transmuting a feeling of loss into something fortifying – ripples in the water that become still. ‘So Clear’ emerges from a place of total loss, full collision, and the freedom that comes through surrender.”

Clearing, which features the Caroline Polachek-produced single ‘Afar’, will follow Hyd’s self-titled EP. It will also include contributions from A. G. Cook, Jónsi, and Ö. 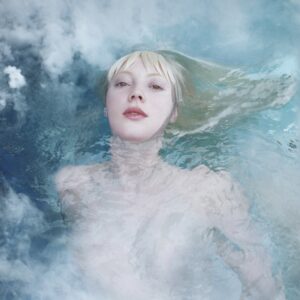