Weyes Blood has announced her next album. Natalie Mering’s first LP since 2019’s Titanic Rising is called And in the Darkness, Hearts Aglow and it comes out November 18 via Sub Pop. Today’s announcement comes with the release of the lead single ‘It’s Not Just Me, It’s Everybody’, which she describes as “a Buddhist anthem, ensconced in the interconnectivity of all beings.” Check it out below, along with the album cover, tracklist, Weyes Blood’s upcoming tour dates, and a statement from Mering about the album.

Mering co-produced most of And in the Darkness, Hearts Aglow with Foxygen’s Jonathan Rado, with the exception of ‘A Given Thing’, which was co-produced by Rodaidh McDonald. The 10-track record features contributions from Meg Duffy, Daniel Lopatin, and Mary Lattimore. It was mixed by Kenny Gilmore at 101 Studio and mastered by Emily Lazar and Chris Allgood at the Lodge. “We’re in a fully functional shit show,” Mering said of the album, which is billed as the second in a trilogy of albums that began with Titanic Rising. “My heart is a glow stick that’s been cracked, lighting up my chest in an explosion of earnestness.”

Read our review of Weyes Blood’s set at Primavera Sound 2022.

And in the Darkness, Hearts Aglow Cover Artwork: 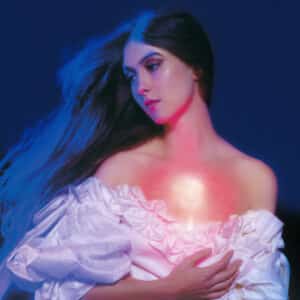 And in the Darkness, Hearts Aglow Tracklist: 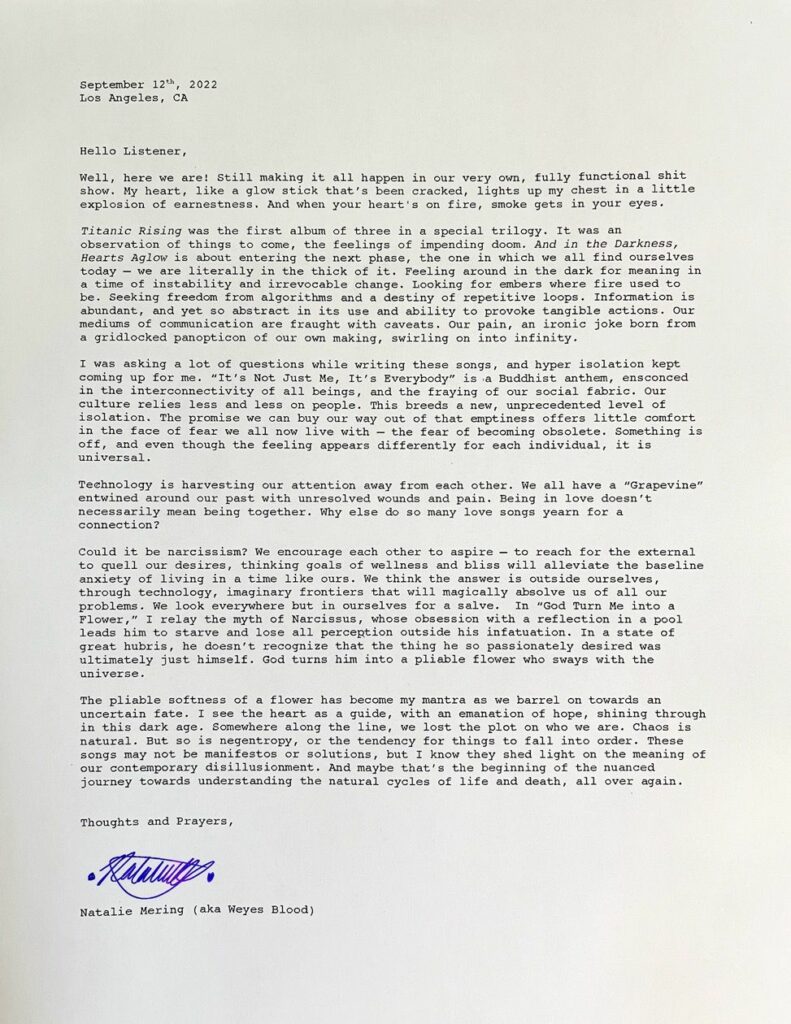