Why you should create side content around an esports tournament 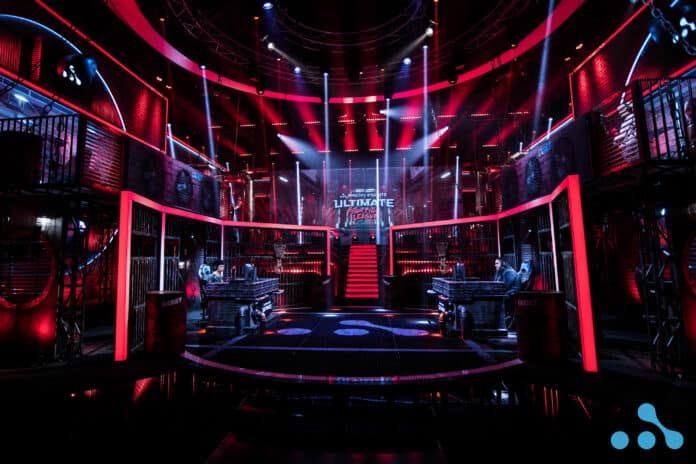 The basic components of a Tier-1 esports tournament are the players, a game, a set of regulations, and a high-quality broadcast. Many companies stop at that, but some go the extra mile, turning a tournament into an event capable of winning the audience’s hearts.

WePlay Esports is one of those companies with a unique vision for esports tournaments. Each tournament from WePlay has a one-of-a-kind theme — their past choices included anime, desert island, cyberpunk, and so on. Preparing an event requires the attention and dedication of the entire creative team, so everything from the music and settings to lighting and costumes combines into one smooth picture.

All of the above applies directly to the live broadcast of the tournament. However, another critical point for quality is side content, which we will discuss in this article.

Before a tournament, the creative team prepares pre-production content such as teasers, openings featuring talents, short videos for intermissions between matches, etc. This content should support the event theme and capture the audience’s attention.

“Side content is a kind of glue that connects all parts of the event. For example, first, the viewer sees a teaser. This already gives them an idea of the theme and what they should prepare for. Every piece of such content, even if it’s just a short video, is extremely significant for creating the atmosphere,” said Denys Klimov, director at WePlay Esports.

In addition to fans commenting on and sharing creative bits, side content can be used in the broadcast. For example, the “HYPE” music video featuring the talents of WePlay AniMajor was recorded on a CD and used for giveaways during the broadcast.

“Side content is also needed, as it helps to give the viewer a break from the broadcast itself and the tournament.”

In esports, anything can happen. This takes away the boundaries for designers and directors but simultaneously adds responsibility for the team. When there are a bunch of ideas, how to decide which one to implement?

“It all starts with the seed of the idea that we lay. This idea is reflected in the name of the event itself. For example, as with WePlay AniMajor, anyone who hears the name already understands what the event will be about. The team then builds on that idea and comes up with different options for the content. It is important to understand that everyone has varying tastes, and if we accept every hunch without discussion, then, in the end, we will get a psychedelic mix that no one will stand to watch,” shared Denys Klimov.

To come up with something really catchy, director must be well versed in the theme. Some obvious things and comparisons will undoubtedly cheer up the viewer, but if twists and props turn out to be more predictable than not, interest in the event will go down. Therefore, despite all the creative parts, the team must do some serious in-depth research.

“Some people call this process finding inspiration, but in fact, there is no single resource where the director can go and find everything they need. To reveal the idea, you need to study everything related to it. So for a start, one needs to review a mass of research on a given topic, discuss it with the creative team, and only after that get approval and start implementation,” commented Denys Klimov.

Although tournament styles are always different, the target audience of esports remains the same. Therefore, the main thing is to keep a balance between esports and the chosen theme to avoid pushing away the fans.

“I call it ‘raising the degree of insanity.’ Whatever you want to implement for a tournament, check with your audience first. For example, we can publish a small part of our idea to our Twitch audience and see how people react. Once you understand what your viewer is ready for, you can start giving them more than they expect,” added Denys.

Side content is created beforehand, so fans naturally have slightly higher expectations. Everything is of the essence here — the quality, the idea, and the tiny details. Fortunately, the team can redo this content as many times as necessary.

“We choose an idea, but to bring it to life, we need to work with different people such as talents. I remember that in the beginning, the commentators put little trust in our endeavors. No one refused, of course, but there was a lack of understanding between the creative team and the performers. But the more ideas we implemented, the easier it was for the actors to agree to go along. The difference between our first attempts at creating an extraordinary talent video and our recent work is huge”, recalled the director.

Sometimes even the most fabulous idea needs to be abandoned. Not all creatives understand this, but the author must be ruthless at such moments and analyze all the pros and cons.

“It happens that an idea captures the whole team, but it’s technically impossible to implement it. Here, you need to understand that your idea should be not only interesting but also of high quality. For example, we once spent almost two days trying to organize a shooting stage in a manor. This video was supposed to be a total blast, but we ran into technical limitations, and in the end, we had to abandon it. Were we disappointed? Yes. We will definitely give this idea a shot later, but we cannot afford to feed our audience a raw solution,” confessed Denys Klimov.

“Sometimes an idea sits with us for a long time and then its time just comes. Some ideas may come at the wrong time, be too large-scale, or require technical solutions for implementation that are just not available. And then comes a moment when we realize we already have the capability and we start thinking about the past ideas”, comments Denys.

High-quality side content always boosts a tournament — it gives the viewers an opportunity to plunge into the story created by the creative team. But any piece of content should be based on the overall idea of the event and support it. Otherwise, side content risks breaking the integrity of the event canvas and spoiling the overall impression.