Neil Young & Crazy Horse have announced World Record, a new album that’s set for release on November 18 via Reprise. The LP was produced by Young and Rick Rubin at his Shangri-La studios in Malibu. It’s led by the single ‘Love Earth’, which you can check out below.

Last year, Neil Young & Crazy Horse put out a new album called Barn. A few months ago, they released Toast, which Young recorded with Crazy Horse in 2001 but was later shelved. 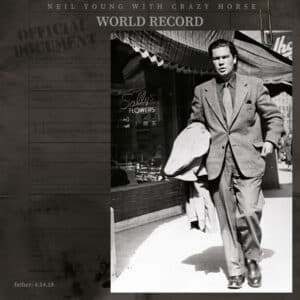