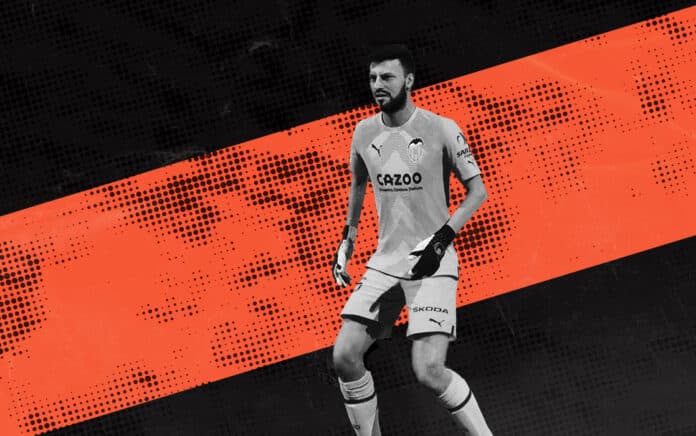 With a vast selection of players in FIFA 23, it cannot be easy to scout out the perfect defender for your optimistic team. So, as a cheat code, we’ve decided to make this guide for your career mode — specifically for the goalkeeping position. Saving you money and time and, most importantly, helping you build your ultimate team with wonderkids — no matter the budget.

Donnarumma is undoubtedly already well established within the game of football. At only 23, Donnarumma has made 49 appearances for Italy already and has been the number one goalkeeper for PSG since signing for the team in 2021.

While he is impressive and has an overall 88 in the game, he isn’t the best signing in terms of money. The Italian goalie starts with a market value of €103.5M and a wage of €110K, making him out of reach for any mid-table sides in the La Liga, Premier League, or even Seria A (If you’re looking to bring him back to Italy).

Lafont is another goalie that places in France and has the potential to be the number one goalkeeper for any solid Champions League title-hoping side. At 23, Lafont hasn’t yet made any appearances for the French international team but is in line after Lloris, who has had quite a successful career. However, for Nantes, he has made over 100 appearances since 2019 (this includes whilst being on loan from Fiorentina).

As a player in FIFA, he deserves attention for two reasons. Firstly, in comparison to Donnarumma, his market value is around a fourth of the Italian keeper’s. Lafont has a market value of €25.5M with a wage bill of €21K, making him an affordable option for those mid-table teams looking to reach a Champions League spot.

Another fantastic young goalkeeper in FIFA is Luís Manuel Arantes Maximiano, the Portuguese goalie who currently plays for Seria A side Lazio. Luís Maximiano hasn’t made any international appearances for Portugal just yet but will look to do so when he establishes himself as a top keeper in the Seria A.

From the game point of view, Maximiano starts with a solid 79 overall rating and has the potential to reach 85. Like Lafont, he has a reasonable market value of €22.5 million and a wage bill of €32K.

Diogo Meireles Costa, better known as simply Diogo Costa, currently plays in the GK position for Porto and has already made 7 appearances for the national team of Portugal. His first clean sheet for the national team came against North Macedonia in a 2-0 win for Portugal, which saw Manchester United’s Bruno Fernandes score two goals.

Potential-wise, Costa can reach 86 rated within the game, making him suitable for the top sides. With a market value of €30.5M, he is slightly more expensive than Lafont and his Portuguese teammate Maximiano.

In terms of the game, Mamardashvili has an overall rating of 78 and a potential rating of 84. While that is slightly lower than his counterparts, he certainly makes up for it in his age and market value which is only €18.5 million.

Belgium’s Vandevoordt currently plays for KRC Genk, a relatively strong side within the Belgian league, even though they finished 6th in the 2021-22 season. While Vandevoordt hasn’t made any senior national team appearances, he has made consistent appearances for the U21, U19, and U17 Belgian sides. For his club, he has made over 60 appearances which is quite impressive as he is only 20.

FIFA 23-wise, Vandevoordt is one of the more exciting young prospects who starts with a slightly low overall of 70 yet has the potential to grow into a solid top-tier goalie with an overall of 84. Unsurprisingly, his low rating gives him a fantastic steal-like market value of only €3.4 million, making him accessible to even EFL Championship sides.

Goalkeepers have probably been the best export in terms of positions from the United States. Friedel, Howard, Guzan and other keepers have established themselves as somewhat legends in the game. Slonina might be another on the list. At only 18, he was signed to Chelsea in August for $10 million and loaned back to Chicago Fire, where he has made over 40 appearances. Nicknamed “Gaga,’ he hasn’t made any appearances for the United States national team even though he was also called up by the Polish senior team — which the United States-born Slonina rejected.

When it comes to game potential, Slonina isn’t a beast. In fact, he only goes up to 81, which can seem a little weak for sides looking to compete for the big trophies. However, he makes a perfect fit for teams like Wolves, Aston Villa, or even Tottenham. Price-wise, Slonina is cheap with a market value of €1.7 million and a starting overall of 66.

Restes is certainly the dark horse of this list and the main reason we mentioned him last. Restes currently plays for the French side Toulouse and has made several appearances for the France U17 side. At only 17, he hasn’t done much in terms of game time but certainly looks to be an up-and-coming goalkeeper who could become the next big thing in France.

Restes starts with a tiny overall of 60, a rating in which he would have trouble even making the first team in League 2 in England. Yet, he can snowball to a potential rating of 83, making him a solid Premier League side goalie. So, if you’re looking to start your career mode with a player that barely makes your first team but throughout your career journey becomes your go-to option, then Restes is your man.