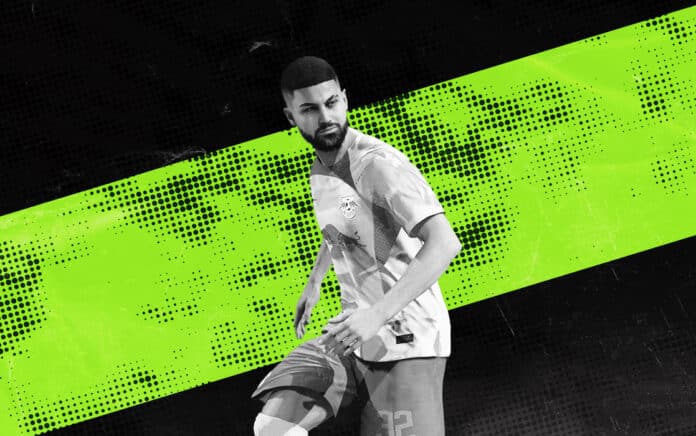 Centre-backs are the towers of the defence; if combined correctly, they can cause all sorts of trouble for even the most masterful strikers. This short yet helpful guide will look at some of the most exciting centre-backs on FIFA 23 and why you should acquire them within the career mode.

Dutch beast-like defender de Ligt has established himself as a force within the defensive world, becoming Ajax’s star and captain in 2018. Since 2019, he moved to the arguably best defensive league in the world, Seria A, to join the legendary black and white-striped Juventus. During his spell, de Ligt made over 87 appearances, scoring eight goals for the Italian side. Now at 22, de Ligt has made another move, but this time to the dominant German side — Bayern Munich. Internationally, he is part of the superb and scary Netherlands national team, having already made over 38 appearances. His confidence and strength to be a leader have marked him as one of the best in the football sphere.

In terms of the game, de Ligt is rated with a solid 85 rating making him a starter within any top-tier side. Potential-wise, de Ligt is rated 89, making him world-class and a great investment. And while his market value is around €71 million, by being only 22 de Ligt is an easy go-to for those looking for a long-term defender that can develop into an even scarier beast.

Croatia’s Gvardiol is one of the best wonderkids in the game of FIFA 23. The Croatian defender has marked himself as an excellent player currently playing for the German side RB Leipzig. As a pro, he has also played for Croatia over 12 times and even scored a goal for the side over San Marino in their 10-0 walk-in-a-park win.

Having established himself as a phenomenal prospect and as part of the new generation of defenders, Gvardiol translates that well within the game. As a player, he can grow into one of the best in the world with a potential of 89. And while he only starts with a rating of 81, unlike de Ligt, he is two years younger than him. Gvardiol has a relatively decent transfer value of €53 million but also has a release clause which can be triggered. Of course, that’s if you have €100.7 million spare in your pocket.

A bit older but still superbly talented like the last two players is Edmond Tapsoba of Burkino Faso. Having started his career back in his home country of Burkino Faso at Salitas FC, Tapsoba quickly moved over to the ‘Les Unionistes’ or also better known under their name US Ouagadougou. After three years of Burkinabé football, Tapsoba got his chance in Europe, moving to Leixões Sport Club in Portugal. This led him to be noticed by Vitória de Guimarães, a much stronger side in Portugal. Tapsoba made appearances for their B side and switched to their main team in 2019 — making 16 appearances. After a successful spell in Portugal, Bayer Leverkusen signed Tapsoba for €18 million.

FIFA-wise, Tapsoba is a powerful player who is holding outstanding stats defensively and has excellent strength. With a rating of 81, Tapsoba can grow even further and his game potential of 86 displays this. At a transfer cost of €35 million, he certainly shouldn’t be snubbed at by anyone. As a defender, he can become a starter within any dream team if the right tactics and strategy are chosen. At worst, he is the best substitute your title-winning team can have.

Like their supercars, their defenders also don’t disappoint. It is no gag that Bastoni is Italy’s answer to the new generation of god-like defenders. His presence and potential give strikers fear and make even the best-attacking sides doubt their abilities. When it comes to appearances, Bastoni has nearly 100 of them for his team Inter Milan, having made his debut for the side back in 2017. Bastoni has also played throughout the Italian youth national teams, from the U15s to all the way the U21s. As expected, Bastoni made his senior national team debut back in 2020 against Estonia.

As for the game itself, Bastoni starts with a good rating of 84 — indeed not a joke. However, it doesn’t stop there. Potential for Bastoni is set at 90, which is higher than any other wonderkid, making him a must-have for those building their ultimate team within the career mode. More amazingly, his market value starts at around €60.5 million, making him affordable early on and a superb option for managers building Champions League sides.

Now for those who skipped the well-known stars in football and want to get to the best part. The underrated. Also known as António Silva, the Portuguese centre-back who currently plays for Benfica. At only the age of 18, Silva has made six appearances for the side and recently began his journey with the Portugal U21 national team. With a rating of 69, it is easy to miss Silva. Yet, he has a potential of 87, which is higher than Tapsoba, who starts with a rating of 81. Silva is also a steal. He only has a market value of €3.3 million, and for those not worried about money, he can be released for a small sum of €8.7 million. Development-wise, we’d recommend starting him as much as possible or loaning him out for at least the first two seasons. This will all depend on your career mode team and how quickly you want to get big results, such as league titles.

As mentioned above, Italians do not disappoint in defence. Scalvini is another starlet coming through the Italian ranks, having made his first appearance for the senior national team back in June. It is also important to note that he is only 18 years old and has already been played over 23 times for Atalanta. With such a big potential for success, Scalvini’s impressive start to his career translates well into the game. For starters, Scalvini begins with a respectful youthful rating of 70, mostly impressing in the defensive stats such as standing tackle and defensive awareness. Yet like Silva, he has outstanding potential at 86. He is another steal with a market value of €3.8 million and a release clause of €8.8 million. If you’re looking to build a young and bright team, then buying Scalvini and Silva for under €10 million is a shout.