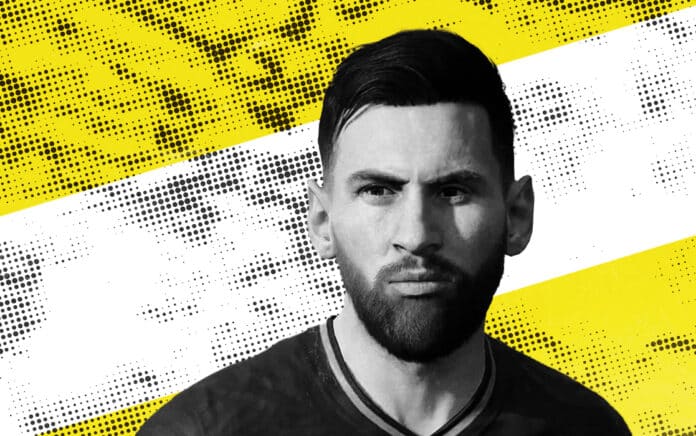 There is beauty in free-kick goals and many ways to score in FIFA 23. In this guide, we’ll look at the best-rated free kick takers in FIFA, and you should consider signing them if you’re looking for a dedicated FK taker in your team.

Southampton’s Ward-Prowse is arguably the best free-kick taker in the game, with an astounding free-kick accuracy of 94. He also possesses 82 shot power and 93 curve alongside the coveted FK specialist player speciality. Ward-Prowse is currently 27 years old, plays in CM, and has a market value of €29.5 million, though he can be bought for around €58.3 million under the release clause. He has a real face scan and an overall rating of 82.

Messi needs no introduction. The argued GOAT messiah has a superb free-kick accuracy of 93 within FIFA 23. Alongside that, Messi has a shot power of 86 and a curve attribute of 93. Moreover, his finishing is a mighty 90. While he is 35, he still has a market value of €54 million though he can be acquired for a release cause cost of €99.9 million. Messi currently plays for PSG and is rated a well-deserved rating of 91.

Another player in his 30s on this list is the Spanish Dani Parejo, who currently plays for Villarreal. Parejo has a free-kick accuracy of 90 with a curve attribute of 88. He also has 81 show power with 83 finishing — excellent stats for a centre-midfielder. Within the game, he has a real face scan and can be bought for around €42 million. Parejo’s release clause is set at €88.2 million, and his overall rating and potential are 86.

Aketxe is no newbie to the free-kick, having played professional since 2011. Currently playing for the Spanish side Eibar, Aketxe is a specialist free-kick taker and possesses a free-kick accuracy of 89 with a shot power of 88. Alongside that, he has 72 finishing with an 84 curve. Luckily, he also has a real face scan and can be bought for €3.8 million under his release clause. Aketxe is also a superb long-shot taker, meaning you don’t need to be close and sweaty for him to score.

Argentinian-born Zelarayán currently represents Armenia internationally and has done so since 2018. The Columbus Crew attacker is 30 years old and retains great free-kick ability within and outside the game. Attribute-wise, he is rated 89 on FK accuracy with a shot power of 79. His curve attribute is currently at 82, with a long shot rating of 84. As an experienced player on the field, he can be bought for around €17 million and primarily plays in the CAM position, meaning he can ping goals from outside the box quite nicely. Zelarayán also has a real face scan within FIFA 23.

Former Ronaldo teammate Dybala is another powerful player on free kicks. He currently plays in Seria A for Mourinho’s Roma, who won the UEFA Europa Conference League in 2022. As a free-kick specialist, he possesses an attribute of 88 for FK accuracy and a shot power of 84. He also has a strong curve attribute which is at 89, and is complimented by his long shot rating of 89. Dybala is not the cheapest of players, with an overall rating of 86, currently having a transfer value of around €69.5 million. Like others on the list, he has a release clause. This comes at €118.2 million — a little pricey.

The first defender on our list is Fiorentina’s Cristiano Biraghi, the left-back with an overall rating of 80 in FIFA 23. The 29-year-old currently has a free-kick accuracy attribute of 88 with a shot power of 82. His curve attribute is set at 79 with a long shot attribute of 80. Biraghi is a solid left-back and can be bought for around €18.5 million, though he is also listed with a release clause of €31.5 million. Biraghi has no real face scan — sadly.

Neymar is beloved in Brazil and among PSG fans. A player who still seems to have hopes to achieve more, he has achieved great status within the football community, and free-kicks are one of many reasons. As a free-kick taker, Neymar has rated an FK accuracy of 87 with a curve of 88. Moreover, he has an attribute of 81 for long shot and 79 for shot power. Neymar is 30 but still highly pricey, with a release clause of €184.1 million. However, he can be negotiated for less if you want, as his transfer value is €99.5 million.

Welsh star and now MLS starter for Los Angeles FC Gareth Bale is no stranger to the old free-kick, having scored plenty in his wild career for Spurs and Real Madrid. With a rating of 87 for FK accuracy, there is nothing to shrug at as he also possesses a phenomenal curve attribute at 91. Moreover, his long shots are rated 86, with a shot power of 90. Potentially making him the most exciting free-kick threat in the game. Bale can be bought for around €20.5 million, though does have a release clause for €30.8 million. As an 81-rated player in his early 30s — it’s not too shabby.

Enis Bardhi of Trabzonspor is another excellent free-kick taker on the game, with an FK accuracy rating of 87. He also possesses 87 in curve and 84 in shot power attributes. As expected, he holds the FK specialist speciality in the game. Luckily, Bardhi is only valued at €8 million but also has a release clause for €15.2 million. His overall rating and potential are set at 76, so if you’re managing a top-tier team, you’ll likely have him as an impact substitute. He also has a real face scan.

Schnatterer isn’t particularly a majestic football player, but he can hit a free kick. With plenty of experience and an overall rating of 68, we put his on his list mostly due to affordability, as his market value is €400 thousand.