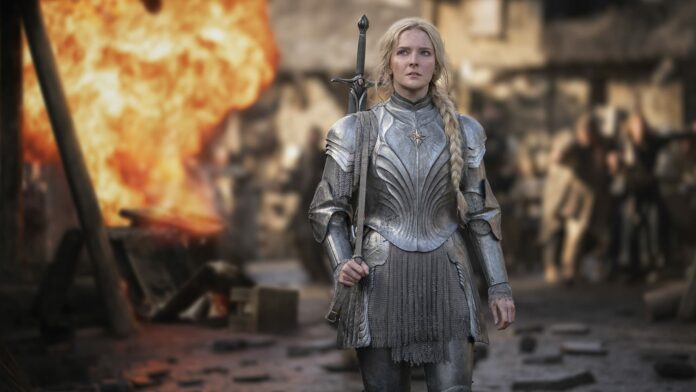 It may not yet be the “one show to rule them all,” but The Rings of Power, Amazon Prime’s incarnation of JRR Tolkien’s famous series, captivated viewers as it wrapped up its first season.

Created as a prequel, the series is set thousands of years before the events of The Hobbit and The Lord of the Rings. It sets the stage for Sauron’s rule over Middle-Earth and the creation of the rings.

Before I get into my own thoughts about the first season of the series, please be warned that there are major spoilers ahead, so please read on at your discretion.

The first season was a long journey, filled with separate yet intertwining storylines. While the series was initially slow-moving and a little awkwardly paced, it started to pick up steam with its various storylines converging, especially with the orc armies attacking the Southlands (which soon after became Mordor)

Various characters were introduced, including the Harfoots, apparent ancestors of hobbits. Familiar characters include Galadriel (Morfydd Clark) and Elrond (Robert Aramayo), who were iconic in Tolkien’s work. We also saw Isildur (Maxim Baldry), known in the literature for refusing to destroy Sauron’s One Ring and setting up the events of most of the story.

Interwoven throughout the series was the mystery of who Sauron would turn out to be. Was he Adar (Joseph Mawle), commander of the orcs? Was he the mysterious stranger (Daniel Weyman) who developed a close bond with the young Harfoot Elanor “Nori” Brandyfoot (Markella Kavenagh)? Was Sauron hiding in plain sight or was he yet to be seen?

However, more on that soon. What I found to be most compelling in the series so far was Galadriel’s story. In the first episode, Galadriel’s brother was killed by orcs while hunting for Sauron. Overcome with grief and revenge, Galadriel continues her brother’s task, obsessed with finding Sauron herself. Her journey takes her to the island kingdom of Númenor as well as a meeting and subsequent alliance with Halbrand (Charlie Vickers), an heir to the throne of the Southlands. Sounds an awful lot like Aragorn, doesn’t he?

The season finale, which aired on Friday, explores the mystery surrounding Sauron’s identity. Not even five minutes into the finale, we are told by a group of mystical, white-clocked women that the Stranger is Sauron. However, this proves to be a red herring as the Stranger is revealed to be an Istari (a wizard). Although nothing has been explicit, a line spoken by the Stranger at the end of the episode more or less confirms his identity as Gandalf. “When in doubt, Elanor Brandyfoot, always follow your nose,” he tells Nori, which is almost an exact copy of the line Gandalf tells Frodo in The Fellowship of the Ring.

If the Stranger is confirmed to be Gandalf, this would make sense given his affinity for Nori and the Harfoots, which is reminiscent of Gandalf’s love for the hobbits.

So, where does that leave us with Sauron? Well, the finale identified the Dark Lord as none other than Halbrand. Sauron was hiding in plain sight and, essentially, he had deceived everyone, especially Galadriel, so that he could reach Eregion, home of the elves, whom he could manipulate into forging the rings. In the finale, Elrond and Celembrimbor (Charles Edwards) are conveniently waiting for Halbrand and Galabriel, as they are discussing how they can use mithril to save the elves.

If you’re familiar with the literature, you might know that Celebrimbor is the one who ultimately creates the rings after being deceived by Sauron. In the finale, Halbrand/Sauron “helps” Celebrimbor with the mithril problem and “recommends” that the elves bond the mithril that they have with other alloys. Halbrand/Sauron describes his seemingly generous assistance as a “gift.”

The alarm bells of every Tolkien fan would go off here as, in the literature, Sauron took on the persona of Annatar, Lord of Gifts.

However, Halbrand/Sauron’s deception wasn’t the most compelling part for me. What I was struck by was a quote from the Elvish King Gil-Galad (Benjamin Walker) in the first episode of the season. “The same wind that seeks to blow out a fire may also cause its spread,” he told Elrond.

It’s an important quote as Gil-Galad essentially foresaw the self-fulfilling prophecy tied to Galadirel’s story – that her quest to destroy Sauron is what ultimately brings him back to Middle-Earth. Knowing this and Halbrand’s identity now, we could argue that the entire season is the ultimate tragedy for Galadriel, whose obsession not only got the worst of her but led to everything that we didn’t want to happen.

Beyond the life lesson that The Rings of Power provides on the dangers of obsessions, the first season of the series picked up as it went on and I’m excited to see what the second season will have in store. If only we didn’t have to wait for two years.