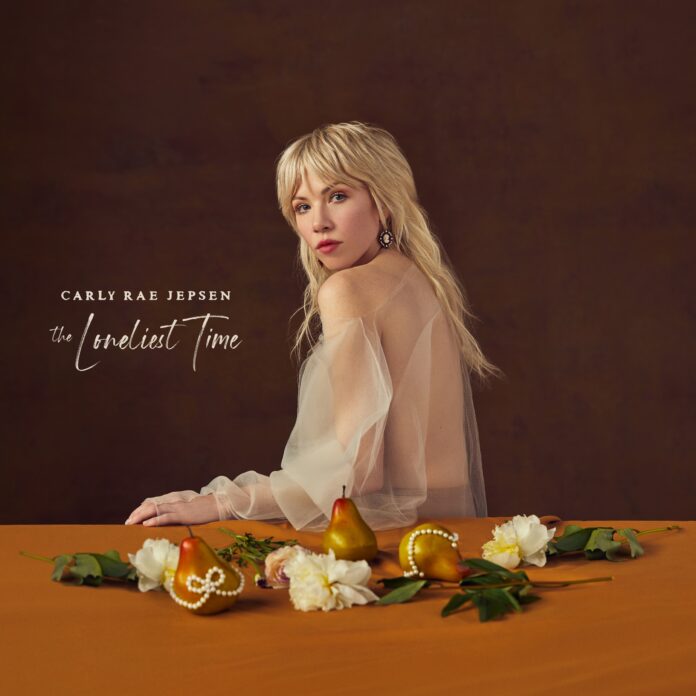 Despite what its title would lead you to believe, The Loneliest Time isn’t really an album about pandemic isolation. The Canadian singer did write much of the album during the early stages of lockdown, but loneliness is more of a prevailing condition than consisent subject matter, a wave of feeling that has been creeping into her ecstatic, dancefloor-ready pop at least since 2019’s Dedication. But while that album and the B-sides collection that followed it in May 2020 capitalized on the genre’s potential as a vessel for escapism, The Loneliest Time takes a more grounded and expansive approach. This isn’t an album-length ‘Party for One’ – instead, Jepsen surveys the gamut of emotions that arose during this time through the lens of honest introspection, trying to resist the spark of an old flame while opening up to the possibilities of new love. The record fittingly finds her sticking to her trusted pop formula while flirting with new sounds, with results ranging from uneven to refreshing to rapturous.

Jepsen is known for penning hundreds of songs before whittling them down to an album, and in the process of assembling The Loneliest Time, she seems to have sacrificed pure cohesion for the kind of versatility that would more accurately represent this uncertain period. She hinted as much in the album’s advance singles, from the wistful dreaminess of ‘Western Wind’ to the tite track, a disco-tinged duet with Rufus Wainwright. But the song that feels like the biggest departure, even in the context of the album, is ‘Beach House’, on which Jepsen relays a series of terrible dating app experiences with a sense of corniness that borders on camp. It’s the sound of her cynically logging off and connecting with others over the absurdity of the dating scene, but it’s the only time where she risks losing her voice while bringing new characters into it. Her range is more apparent in the multitude of ways she’s able to channel euphoria: especially for a singer who tends to shoot for the moon, the syrupy and pared-back ‘So Nice’ is a pleasant surprise, while ‘Shooting Star’ is an extravagant peak even by Jepsen’s standards.

The sonic palette of The Loneliest Time is diverse, but Jepsen’s growth as a songwriter shines through even more in her lyrics. The album kicks off with one of its strongest songs, ‘Surrender My Heart’, which sees Jepsen shedding her emotional armor: “I used to soldier through my hardest days/ I used to switch it off, ignore the pain,” she admits, taking her therapist’s advice to soften rather than toughen up. Not only does she wear that vulnerability on her sleeve throughout the record, but it also further bolsters characteristically infectious synthpop bangers like ‘Talking to Yourself’ to ‘Bad Thing Twice’. When she sings about finding not just joy but confidence in a loved one’s presence on the bubbly ‘Sideways’, however, the song sounds all too static as it ambles along in a daze. The production of a song like ‘Western Wind’ is much better at capturing both the sentiment and texture of Jepsen’s songwriting, allowing her starry-eyed romanticism to bloom without becoming superficially theatrical.

It’s no coincidence that, like ‘Western Wind’, the second best song on The Loneliest Time was also produced by ex-Vampire Weekend member Rostam Batmanglij. That it’s a ballad shouldn’t be a surprise for anyone who can name one of the best tracks off Dedicated Side B, but Jepsen hasn’t really pulled off a guitar-led folk tune like this before: for a breakup song titled ‘Go Find Yourself or Whatever’, it’s neither biting nor overly moody, striking a delicate middle ground without overcomplicating things. The album might have benefited from a sharper focus, but it’s clear that making it has helped Jepsen discover new tools for homing in on the subtleties of simple yet overwhelming emotions. It’s not a transformation – at its best, The Loneliest Time instead reflects how we notice and respond to the changes happening around us, how we retreat into the past and hope desperately for the future. As it’s currently presented, the album keeps wavering between those two poles, but Jepsen makes sure to remind us we’re all in it together.

Album Review: Carly Rae Jepsen, 'The Loneliest Time'Despite what its title would lead you to believe, The Loneliest Time isn't really an album about pandemic isolation. The Canadian singer did write much of the album during the early stages of lockdown, but loneliness is more of a prevailing condition than consisent subject...