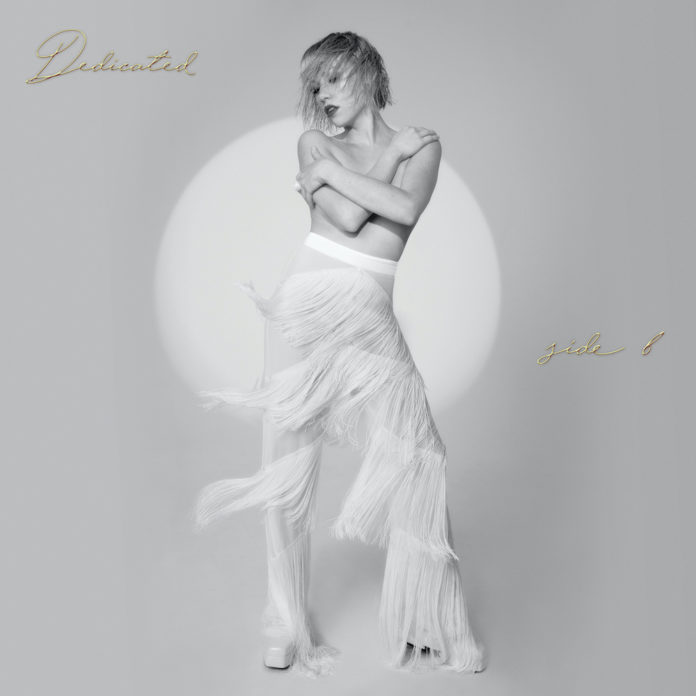 Carly Rae Jepsen has got nothing to prove. While other pop stars are stuck endlessly deliberating how to upgrade their image and style, the Canadian singer’s goal has always remained crystal clear: she wants to make you dance, whether you’re alone in your room or out partying (but especially the former). Time and time again, she’s showcased her ability to take tried-and-true pop formulas and hone them to perfection, crafting unashamedly nostalgic, delightfully upbeat pop music that rarely if ever disappoints. That approach may grow stale at some point, but if there’s ever been a time where we could use a healthy dose unadulterated, pure pop escapism, it’s now – and Dedicated Side B has that in spades.

If 2015’s beloved EMOTION was a testament to the true colours of Carly Rae Jepsen’s music, last year’s Dedicated cemented her status as pop’s most reliably consistent songstress. And just like 2016’s EMOTION Side B, her latest release is much more than just a bunch of throwaway B-sides, but rather a solid collection of songs that could easily stand on their own merit. After all, having written over 200 songs (!) in the span of four years, there were bound to be more gems than the ones that found their way on ‘Side A’ of the album.

Perhaps the one that shines the brightest, though, is the opening track ‘This Love Isn’t Crazy’, which finds her joining forces with megaproducer Jack Antonoff. With lush, vibrant production and lovestruck lyrics, the track once again reaffirms that Jepsen’s belief in the ideal of love is as unshakable as her dedication to classic pop conventions. But what keeps it fresh and exciting is her unwavering conviction that this love is unlike anything else that has ever existed: “I think nobody ever felt this way,” she sings on the breezy ‘Felt This Way’. The equally infatuated, sensuous ‘Stay Away’ boasts one of the record’s most infectious hooks, while ‘Let’s Sort the Whole Thing Out’ takes a more playfully heartfelt approach, driven by a head-bobbing, surf-rock inspired instrumental and bubbly vocals.

But moments like ‘Comeback’, another stand-out collaboration with Jack Antonoff/ Bleachers, are refreshing examples of the self-empowerment themes that are becoming more prevalent in Jepsen’s music. “But I’m thinking ’bout making a comeback,” she proclaims in the chorus, “back to me.” Follow-up ‘Solo’ is just as uplifting of a singles anthem, but this time, it’s the listener she tries to comfort: “So what you’re not in love?/ Don’t go wasting your nights getting so low,” she sings, rhyming the line with a play on words that perfectly encapsulates Jepsen’s entire ethos: “You shine bright by yourself dancing solo.”

Unfortunately, a few tracks pale in comparison, lacking the richness in production or the irresistible hooks the album’s best moments have to offer. Despite displaying some much-needed vulnerability, ‘Heartbeat’ is one of those weaker cuts that can feel more like a leftover, while closer ‘Now I Don’t Hate California After All’ is an interesting take on a tropical style that nevertheless comes off a bit redundant. But listening to Dedicated Side B is like opening up a box full of candies – they might not all be your favourite flavour, but that doesn’t make the best ones taste any less sweet. And besides, the album offers more than just a sugar rush. If Charli XCX’s how i’m feeling now was a pertinent reflection of the inescapable highs and lows of quarantine, Dedicated Side B is a one-way ticket to a blissful utopia where you can run away and forget about the state of things for a while. It’s what Jepsen does best – it’s just that now, it’s more necessary than ever.

Album Review: Carly Rae Jepsen, 'Dedicated Side B'Carly Rae Jepsen has got nothing to prove. While other pop stars are stuck endlessly deliberating how to upgrade their image and style, the Canadian singer’s goal has always remained crystal clear: she wants to make you dance, whether you're alone in your room...