Algiers have announced their new album: Shook comes out February 24 via Matador. The follow-up to 2020’s There Is No Year will include the previously released single ‘Bite Back’ (with billy woods and Backxwash), as well as the new track ‘Irreversible Damage’, which features Zack de la Rocha. “The end of that song is the sound of joy,” frontman Franklin James Fisher said in a statement. “That’s what hope sounds like in 2022 when everything’s falling apart.” Check it out below and scroll down for the album’s cover artwork and tracklist.

“I think this record is us finding home,” bassist Ryan Mahan said. Fisher added: “It was a whole new positive experience — having a renewed relationship with the city we’re from and having a pride in that. I like the idea that this record has taken you on a voyage but it begins and ends in Atlanta.” 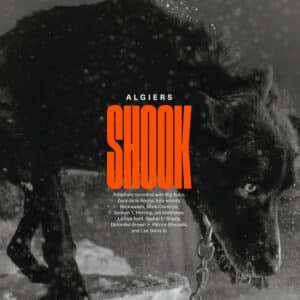