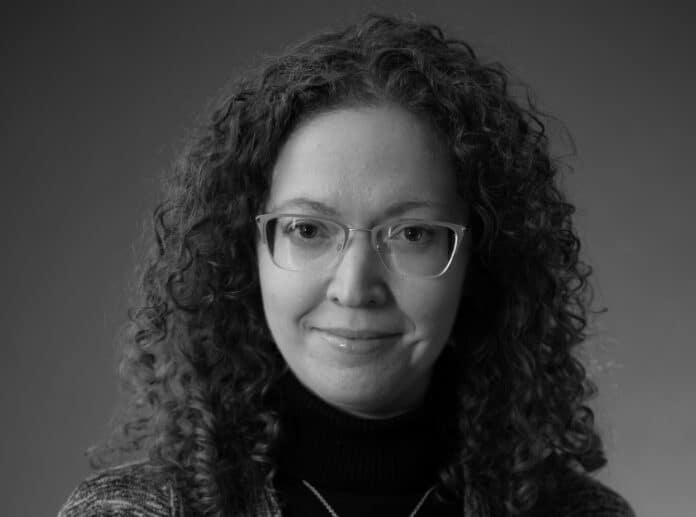 It’s the night of Saturnalia, some years into the future, in Philadelphia. Stephanie Feldman’s protagonist, Nina, is behind on her rent and takes what she thinks will be a quick odd job from her friend, Max, to deliver a gift at a party. It’s not as easy as it seems, though, and Nina spends her Saturnalia flowing in and out of grand parties, reckoning with magic, alchemy, and spirituality, and trying to escape what happened to her three Saturnalias ago.

Set over the course of one night, Saturnalia is an adventure story and commentary on climate, elitism, and a thriller all rolled into one.

OurCulture spoke to Stephanie Feldman about magic, worldbuilding, and the challenge of fast-paced fiction.

Congratulations on your new novel, Saturnalia! How does it feel to have a second book out?

Well, it feels really good! That’s the easy answer. It took me about seven or eight years to get the second book out. It was not an easy process. I wrote a few other things that just didn’t work, I finally found Saturnalia, which I think was the right story at the right time, so it feels really good to be getting out there again.

I thought the fantasy element of the book was really interesting, especially when it was smashed up against the banalities of everyday life. Nina is going through this whole magical journey, when the end goal is to be able to pay rent. Why did you want to mix a fantasy version of Philadelphia with some real-life elements?

I guess I’m always very interested in what happens in the real world, and so much of her story is about real-life pressures. Financial pressures, social pressures, climate anxiety, the things that keep me up at night or keep a lot of us up at night. In that sense, the book is about our experience today. I put it in a fantasy world because I think that’s just how I think. It’s fun to develop this other version of Philadelphia that’s the same as our American cities today in some very core ways — related to social class or hierarchies and the struggles we have just to get through today— but also to envision a much larger future. 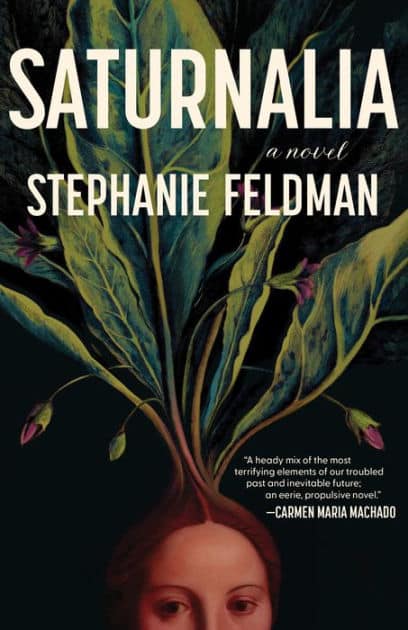 Did you go out and get inspiration from the city when writing?

I grew up in Philly, and I lived there until I went to college, and then I came back. So it’s my hometown and my backyard. It’s funny — I didn’t go out in the city at first to investigate or follow [Nina’s] journey. So much of it was just the Philadelphia I’ve absorbed over a lifetime, thinking about the key places I wanted her to visit, that would also be fun to reimagine. And then with a little bit of a puzzle, from the writing perspective as well, because the book takes place over one night. So I was thinking about, ‘Where could she actually go? What could she see?’ Also, trying to find some other sides of Philly, like, I went to the Penn Archaeology Museum for the first time while I was writing the book at the beginning, just as a family outing. They were like, ‘Wow, you’ve never been here?’ because it’s such a great building and it speaks so much to the history of the university and its role in archaeology and colonialism, which is a whole other thing. But I thought it was a great place. The Mütter Museum as well is a great place, it’s one doctor’s collection of medical oddities. And it felt like the obvious place to set this book, so I didn’t let Nina go there. I had to find some other places. So the Philadelphia in the book was drawn from my own history, but also the places I was continuing to discover.

The book was so action-filled, which was a nice change of pace for me as I usually gravitate towards slow burns. What made you gravitate having it take place during a short amount of time, and to have it so ‘go go go’?

I’ll be honest, some of it was spite. [Laughs] Because I had been writing other projects, and one criticism I had received was that everything was too slow, and that the stakes weren’t high enough. I disagreed, but nobody cared what I thought. I really wanted to prove that I could write a page-turner, maybe just to even prove it to myself. I set it over one night first because I thought it was an interesting form, and as an experiment to see if I could do it. And also, I think to help myself out a bit as a writer. I was creating such a big world and a huge mythology, and I said, ‘Let me give myself some restraints, so that I can do this world without losing my character’s arc.’

It also makes sense within Nina’s context, because the Saturnalia three years ago was so important to her. It felt a little Great Gatsby as well — There’s all these parties, and the general theme is that it’s The Big Night, that tomorrow it’s back to normal.

Yeah, and I was also actually inspired by Edgar Allen Poe’s The Mask of the Red Death, which is kind of not funny, but interesting now that we’ve been through a pandemic, because it’s a book about illnesses. I started writing this before COVID, so maybe I was a little prescient drawing on that. I was drawn to this story about rich people who think they can isolate themselves and enjoy luxury while everyone else is suffering, which I think is something we’re seeing now. The Saturnalia party in one night was a great set piece to investigate that.

A real appreciation of tarot cards, alchemy, and spirituality is present in the book — what made you interested in writing about these general themes?

I started getting interested in divination as a topic for the book because so much of it is about fears for the future, and our own fears. I was talking to another writer friend, saying, in the past few years, there’s so much more instability and worrying day to day what will come next. I don’t like uncertainty myself. I thought, ‘How great would it be if I could just know what would happen tomorrow.’ That’s how the characters in the book feel — tarot and divination became a way of exploring that fear. I came to alchemy because I really wanted to write about the homunculus. Not to give too much away, but it’s this particular alchemical element I was so drawn to, and that led me down the path of alchemy and I thought, ‘There’s so much great stuff here.’ Symbolically, the imagery of it, and thematically, too.

Would you consider writing more in this particular world, or going back to stories rooted in realism?

I have mostly written pieces set in the real world, even when there’s a speculative element to it. I’m working on something now that is also the real world, but the characters discover some secret, speculative element. I think that’s mostly where I gravitate — I don’t usually write any secondary worlds, but it was a lot of fun. So if I get a good idea, I might get it again.

Alliances constantly change, and the general vibe of the book at the end is a 180 turnaround from the beginning. How did you keep track of all these changes?

I’m glad you thought it worked, because it was a lot to iron out. I was able to stay really focused on Nina and what she wanted, and I could think of her relationships to other characters in the book as ones that reflected back on each other into her own core need, which was to overcome her trauma and insecurity and find her own power, addressing the past. So her relationships with these characters are fractured in different ways. On top of that, I laid these conspiracies — the people who she thinks are her enemies, the people who are actually her enemies, enemies who turn out to be friends — and I think searching for those reversals in the book helped me build out the story.

After leaving the Saturn Club three years ago, Nina constantly goes from place to place, and eventually realizes that maybe none of them are right for her. I love her line describing herself as a “secret society of one.” Do you feel similarly to her, that you’re more of a do-it-yourself type?

I’m not sure — I always go back and forth on whether I’m an introvert or an extrovert. Because I really love my alone time, but I also really need my friendships and relationships, especially as a writer, because it’s a really solitary pursuit. Maybe that’s where that line came from — when you’re a writer, especially working on a novel for several years, maybe no one even sees it for a year or two. Maybe you are a secret society of one. You’ve built this world in your head, and no one else is there or engaging with it! And maybe during the pandemic, we all sort of discovered that more, the extremes, and learned about what we needed. For me, it’s a balance.

You mentioned this previously, but are you working on anything else right now?

I am working on a novel! I’m always working on a novel. That’s my mission statement in life. I’m also working on short stories, and also teaching and editing. I love having that balance — it’s great to have a longer work to engage in. It’s also great to have something smaller that you can complete and put out. Like I said, engaging with other writers — reading other people’s work, editing, teaching, also helps me as a writer and in developing my eye for other projects.