The fall of the two fat ladies: how bingo lingo went woke 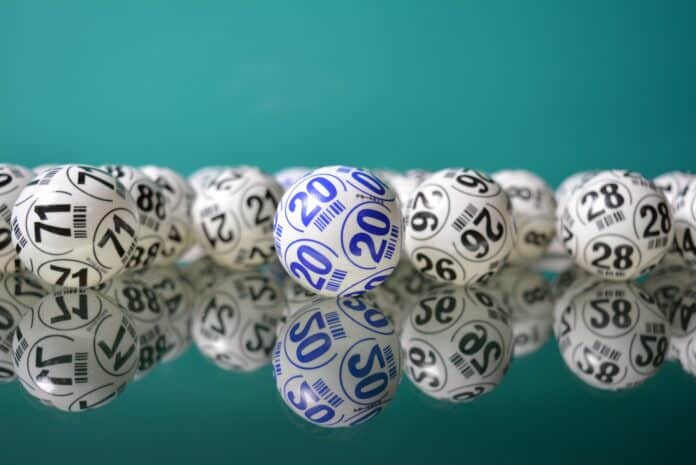 Two fat ladies – three little words that mean decidedly different things, according to when you were born. Older readers will recognise the term as referring to the number 88 in bingo, with a nod to the number’s robust curves. Younger readers will recoil in horror at terminology considered to be outdated, disrespectful and unwelcome.

It may seem unlikely, but there’s a quiet battle going on for control over the nicknames given to bingo numbers. On the one hand we have the traditionalists, who love the strange, funny and occasionally quite naughty phrases announced by the bingo caller. And on the other side are millennials, who have an entirely different take on what constitutes acceptable language.

Where do bingo calls come from?

Every number in bingo comes with its own unique word or phrase, known as a ‘call’, but it’s unclear exactly where they originated. The general opinion seems to be that numbers often sound very similar, especially when there’s background noise. Trying to distinguish between ‘15’ and ‘50’ is just one instance where confusion could arise – and in a game that relies on quickly identifying the correct number, mistakes could be costly!

The Imperial War Museum’s website hosts a transcript from a World War I veteran talking about his memories of playing early bingo games in the trenches, although it was known as housey-housey in those days. WWII soldiers created a few bingo calls of their own, including ‘number 9 – Doctor’s orders’ which relates to a laxative handed out for most common ailments.

Another army contribution is ‘Dirty Gertie – number 30’, which references a popular ditty sung by Allied forces in North Africa – ‘Dirty Gertie from Bizerte’! These are not things the average young person is likely to know, along with ‘PC – 49’, which refers to the title of a 1940s radio series based around a young police constable.

A new lease of life for bingo

Bingo has traditionally been seen as a game aimed primarily at the older generation. Regular visits to the local bingo hall were built into the post-war social scene, representing a cheap night out packed with entertainment and the possibility of winning some prizes. But data from Statista shows that revenue from bingo halls has been steadily decreasing over recent years, fuelled in part by the pandemic lockdowns.

Bingo certainly hasn’t gone away though! Bricks and mortar bingo halls may have been falling into decline, but online bingo is alive and well – and positively thriving. According to a recent article produced by IGC, a youth-oriented igaming site, online bingo has caught the imagination of young, cool, tech-savvy players. And this is a generation with very definite ideas about the language they find acceptable.

A caller at a land-based bingo hall adds to the fun, with top callers known as entertainers in their own right. There are a few traditional responses where the players are expected to join in – the number two is said to resemble a duck, so the caller announces ‘ 2 – one little duck’ or ’22 – two little ducks’, to which the correct response is ‘quack’ and ‘quack, quack’ respectively.

Playing online doesn’t quite replicate that atmosphere, but a bingo host will be keeping the calls coming in the online chat rooms – and everyone can join in the fun. Most bingo sites offer an introductory bonus so you can get started straight away, but be sure to check the terms of the offer. Wagering requirements tucked away in the small print can eat into any winnings, so look out for no wagering bingo sites that let you keep what you win. You’ll quickly get the hang of things, and it doesn’t take long to pick up on the most popular bingo calls.

Is this the end for traditional bingo calls?

Every number has its own call, but as we’re discovering, modern sensibilities can be offended by some of the phrases in use. Those ‘two fat ladies’, for example, are no longer considered polite in this day and age. Online bingo callers tend to prefer ’88 – Wills and Kate’, although a few callers are opting for ‘two body positive ladies’, in an attempt to keep everyone happy.

It’s not just potentially offensive language that younger players are pushing back against –  ’77 – Sunset Strip is a reference to a 1960s TV show that will be meaningless to anyone younger than 65. These days it’s the older players who are having to relearn some of the calls, as outdated ones are replaced with modern versions that seem more relatable for a digital audience.

Head for an online bingo chat room nowadays and you’re likely to find an entire collection of new bingo calls. From ‘Number 8 – Tinder date’ to ’86 – Instagram pics’, the calls are becoming as woke as the players, which is bound to cause a certain amount of upset among the more traditional bingo fans.

But bingo has to remain culturally relevant if it’s going to continue to be enjoyed by as wide an audience as possible. And with statistics indicating that there’s a definite shift towards a younger membership, it’s only natural that the operators will want to adapt and change to account for the corresponding shift in attitudes.

Bingo has evolved from being a lotto game played between friends to a global online phenomenon. The bingo calls may be adapting to appeal to a more woke generation, but one thing’s absolutely certain – bingo calls will continue to be a major part of the fun for many, many years to come!