New Pagans have announced their sophomore album, Making Circles of Our Own. The follow-up to 2021’s The Seed, The Vessel, The Roots and All arrives on February 17, 2023 via Big Scary Monsters. Today, the Irish punks have shared two tracks from the LP: ‘Karin Was Not A Rebel’ and ‘Fresh Young Overlook’. Take a listen below, and scroll down for the album artwork and tracklist.

According to a press release, ‘Karin Was Not A Rebel’ was inspired by the artist and designer Karin Bergöö Larsson, while ‘Fresh Young Overlook’ is described as “a love/hate letter to the music industry.” Previously, New Pagans released the album single ‘Better People’.

Making Circles of Our Own Cover Artwork: 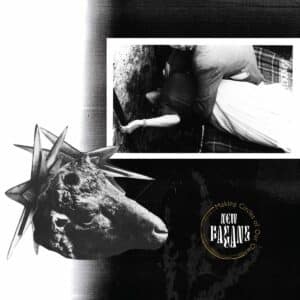 Making Circles of Our Own Tracklist:

1. Better People
2. Find Fault With Me
3. A Process of Becoming
4. Fresh Young Overlook
5. There We Are John
6. Karin Was Not A Rebel
7. Bigger Homes
8. Hear Me, You Were Always Good
9. Comparable Reflections
10. The State of My Love’s Desires