The Raincoats’ Gina Birch has announced her debut solo album, I Play My Bass Loud, which is slated for release on February 24, 2023 via Third Man Records. It will include the September 2021 single ‘Feminist Song‘, which marked Birch’s first solo release, as well as the new track ‘Wish I Was You’. The song features guitar by Sonic Youth’s Thurston Moore and comes with a music video directed by Gina’s daughter, filmmaker Honey Birch. Check it out below, and scroll down for the album cover and tracklist.

“The album distills my years of musical, political, and artistic life with these genre-breaking songs,” Gina Birch explained in a statement. “It’s a personal diary using sounds and lyrics, full of fun, rage, and storytelling.”

“There’s the whole thing about women playing their music and wanting to be heard, wanting acknowledgment or the space to do it,” she added. “The bass is sometimes assigned as a lesser instrument, and yet because of reggae and the creativity of a lot of women players, it has always been a creative and phenomenal instrument.” 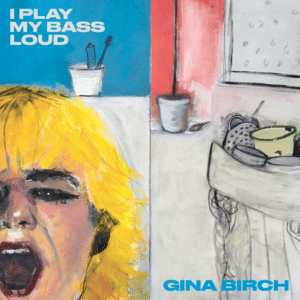 I Play My Bass Loud Tracklist: