Chat Pile have announced their score for the indie film Tenkiller. Written and recorded in the winter of 2020, the soundtrack will be released this Friday, November 18, the same day the movie – which features Chat Pile frontman Raygun Busch – arrives on Amazon. Two songs from the record, ‘Tenkiller’ and ‘Lake Time (Mr. Roda)’, are out today. Check them out below, along with a trailer for the film.

“The music we made for Tenkiller is quite a bit different than what you may come to expect from us,” the band explained in a statement. “We were given the freedom to really experiment and explore territories that we’ve never done before. It’s not going to be for everyone, but we hope some of you connect with what we set out to do.”

A synopsis for Tenkiller reads: “One year after the tragic death of his best friend, an eighteen-year-old machinist struggles with the split of his parents and the violent way of life surrounding him.” 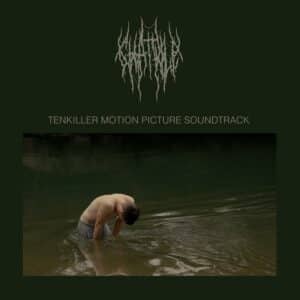