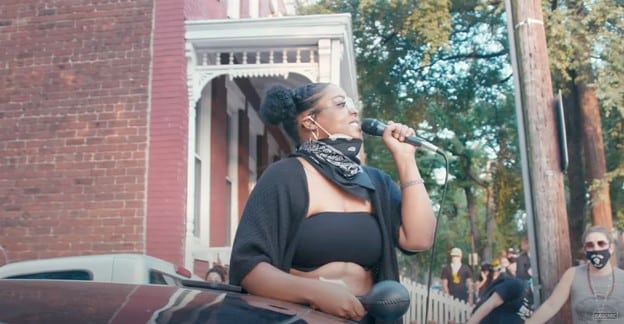 A TV producer and editor produced a YouTube video that highlights the struggles and concerns of Black gun ownership. Qinling Li, freelance journalist and contributor of Reason TV attended the Richmond, Va. Black Gun Rights Movements to speak with and film several activists for her documentary, “The Reawakening of the Black Gun-Rights Movement”.

During one of her field reports in Richmond, VA, she ran into a group of armed Black people demonstrating over the arrest and subsequent death of George Floyd.  As a foreign-born journalist in the U.S, Qinling realized that Black voices about gun ownership were falling on deaf ears, so she sought to get some insights from those affected.

Before the project started, Qinling did tons of research on the topic. She found that the U.S. has a complicated history with black gun ownership. The laws became more strict each time when there’s a revolution, and even more definitive about who could and who could not carry arms. Free blacks were being unbelievably restricted especially for the enslaved. [1]

“The Ku Klux Klan and its white supremacist threatened black people from casting their vote, so armed Black groups like Deacons for Defense and Justice could guard people in the community,” she said. “I had never heard about the long history of organized black self-defense before working on this project.” 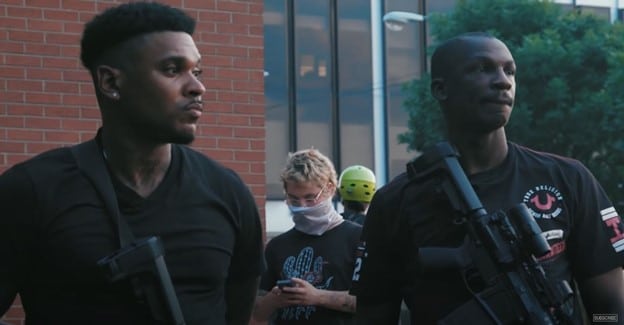 Qinling and her production partner Arthur Nazaryan spent several months with a black gun-rights community. One of the more crucial movement activists and a firm believer in the Second Amendment, Brent Holmes, carried an assault rifle across his chest. According to Holmes, a white guy can walk up and down the street with his rifle on his back, but when black people do it, they are called animals. People automatically assume the worst of a black man with a gun.

Qinling noticed the strong motivation the community has to protect itself. During the COVID-19 pandemic, that sense of self-protection with guns was undeniable. According to one interviewee, he taught his eight-year-old child how to use guns. Black people, one said, were concerned about the lack of living supplies and their family’s safety during the pandemic. The community believes owning guns helps with that sense of self-protection.

Qinling came to the United States in 2015 as an international student from China. She grew up believing guns are detrimental to society.  China’s civilian firearm ownership laws are strictly restricted. Most people are afraid to talk about guns. Qinling said her reporting experience in Virginia made her rethink gun culture in the United States.

“In a country where it is impossible to ban firearms and where there’s certain distrust in the police, isn’t it understandable that minority groups want to master knowledge about guns?”, says Qinling.

According to Qinling, owning a gun isn’t the only way to protect oneself, but their concerns are understood. It’s one of the ways to protect themselves, she said. You can check out the video at https://www.youtube.com/watch?v=f2QcPWuIFOM.