From Horseshoes to Feng Shui: Exploring Symbols and Rituals of Luck From Around the World 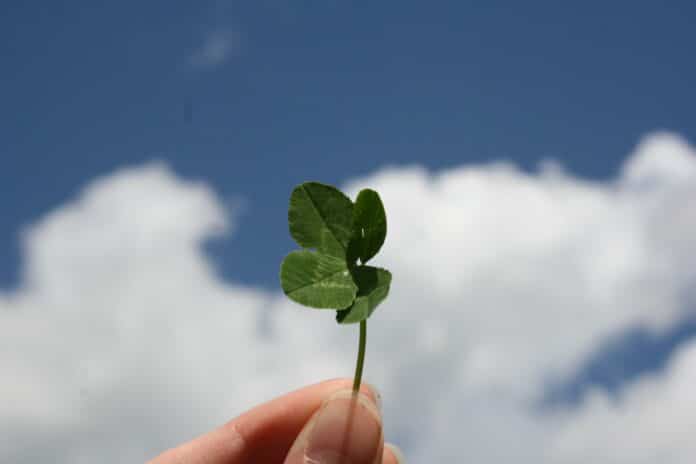 For some, luck is no more than a simple coincidence and no matter what you do, fate will deal whatever hand it deems fit. But for others, nothing is left to chance and you make your own luck in this world.

Obviously, we’ll never know who is right or wrong, so the subject of luck will always remain a personal mantra rather than a natural law that we must all follow.

Whatever viewpoint you hold, there’s no denying that the believers have engineered some pretty inventive quirks over the years to help fulfil their prophecies.

Superstitions are nothing new

Even as far back as the Sumerians, there are recorded accounts of people doing their best to keep lady luck on their side. Throwing salt over their shoulders to ward off bad luck was a common occurrence—and this is probably one of the more logical rituals given the value of salt at the time.

Over the years, these superstitions have become commonplace in many people’s lives with every facet covered by some form of obsessive routine to give the best chances of success. Sports, exams, love, health, fortunes and everything else can seemingly benefit from a little luck.

It’s easy to see why those who believe in luck continue to cement their opinions further. When something doesn’t go your way, it’s simple to think that it’s all down to luck and that you’re having a bad run of things at the moment. But does an unlucky stretch really exist or is it just sheer coincidence?

There are plenty of commentators on the subject and the debate continues to rattle on. Some would argue that regardless of your views on the supernatural happenings in this world, luck could be down to something as basic as taking advantage of opportunities when they present themselves.

One area where the theme of luck is constantly questioned is gambling. We all know somebody who always seems to hit a lucky streak and come out on top more than everyone else. And within gambling games, the concept of luck is ever-present. Slot sites offer thousands of games with many of them featuring lucky charms such as four-leaf clovers, horseshoes and other symbols. When a new slot site launches into the online casino world, new games with new lucky symbols will often be included to tempt players to try their ‘luck’. Whether or not these icons will help you win is up to you to decide. But one thing is for certain, nobody would ever win a bet unless they wagered it in the first place.

Common lucky symbols from around the world

There is a seemingly endless list of symbols and icons from all over the globe pertaining to every culture imaginable. At some point or another, every society has found a lucky fable to share and they range from the obscure to downright weird!

As with many lucky symbols, no one really knows the origins of how horseshoes became one of the most popular amulets in western culture. It may have been because of the crescent shape that was believed to have represented various gods or possibly that some consider blacksmithing to be a lucky profession. Whatever the reason, the tradition of placing a horseshoe above a door still continues today in some areas.

Laughing buddhas have been around in Chinese culture for centuries. They’re usually located facing the front door and rubbing the belly is said to bring good luck. The superstition also runs into the colour of the laughing Buddha as well. Having a statue in jade is said to be good for relationships and health bringing harmony to those who live in the house.

This Turkish amulet is an eye-shaped symbol that is adopted by various cultures throughout Asia. In particular, Arabic towns and villages believe that the all-seeing eye will ward off evil and protect people from negative energy such as envy, for example.

Jin Chan is a 3-legged toad that is said to appear during a full moon and brings with it news of prosperity and good fortune in the coming future. This Chinese symbol is roughly translated as a ‘money toad’ and features heavily in houses as a decorative measure to assist with Feng Shui.

The clover is a herbaceous plant that belongs to the pea family. But this seemingly insignificant crop has huge importance in Irish folklore. Back in the middle ages, the story began that this usually 3-lobed leaf could indeed come in a larger size. Anyone who found one of the 4-leaf versions could use it to keep bad luck at bay and potentially see fairies as well. As far as Lucky charms go, this seems to be quite a good one to have.

Another amulet presenting itself from Celtic culture is the rabbit’s foot. It was believed that rabbits had a connection with the gods, as they spent their lives in deep burrows underground. By taking a piece of the rabbit’s foot and attaching it to a necklace, one could expect all kinds of lucky benefits as a result.

Some say that the money plant is considered a symbol of luck and good fortune simply because its leaves are roughly shaped like a coin. But others prefer the version of a Taiwanese man who was down on his luck and found a money plant in the garden. After nurturing the plant for some time, it yielded more plants, which he was able to sell at the local market. Even if you don’t follow the lucky aspect of this plant, it is still good to have around the house as it helps purify the air and could provide health benefits.

Throughout China, India, Egypt and other parts of the world, cats have always held a sacred and magical persona. It is impossible to say why these animals hold such mystique but many people continue to believe in the luck of the felines.

Alligators are native to the Americas and using their teeth as a lucky charm still continues today in some parts. Presumably, the origins are as simple as somebody surviving an alligator attack and retaining a tooth as a good luck charm.

This is the luckiest of all numbers in Chinese culture and you should try and surround yourself with as many of them as possible. It is said that the Chinese word for ‘eight’ sounds very similar to that of ‘prosper’ and so the two have been linked for centuries.