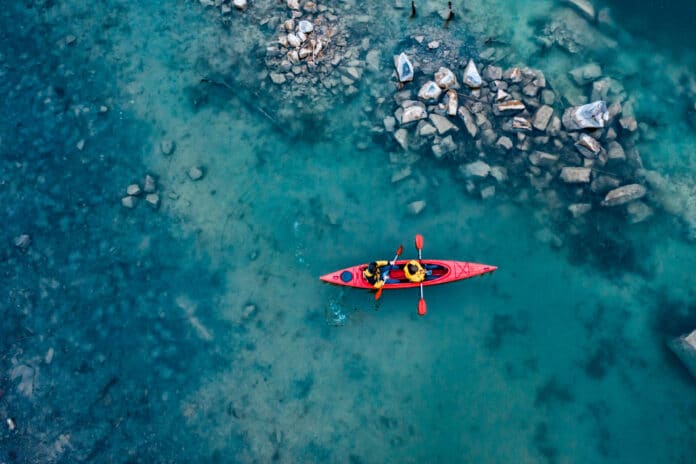 Perhaps you’re still in a slump after the holidays, or just have the urge to get out there and explore, but don’t fancy it quite so much with the dreary weather. Adventurers can have a tough time in winter, it’s just so much more pleasant to get out and about during the warmer months. However, game developers have come to the rescue with an enormous selection of games that allow you to explore a virtual world without braving the cold. We’ve found adventurous games from a range of genres so whether you prefer a shoot-em-up or a strategy game, we’ve got you covered.

First up is a game that quick play connoisseurs will enjoy hugely. NetEnt is famous for its slots titles and one of its top three performers is Gonzo’s Quest, in fact, it’s one of the most widely enjoyed slot games in the world. The game allows you to come along on an adventure with Spanish explorer Gonzo. You’ll spin the reels and search for El Dorado at the same time. The graphics are creative and the 3D design feels more lifelike than your average slot game. There’s a return-to-player ratio of 96% which will suit most gamers and it’s easy to find at a wide variety of casinos. If you’re looking for somewhere to play in India then Asiabet has a whole rundown of the best casino bonuses that are available at the moment. Mega Pari is their most highly recommended casino, with huge bonuses and a selection of NetEnt’s best games including Gonzo’s Quest.

If your idea of an adventure is hunkering down somewhere in the woods and getting to know the locals then Stardew Valley is the game for you. The graphics will delight anybody who’s a fan of Super Mario or Pokémon, they’re charming and cute. The game begins with your father leaving you a cabin in the woods. You’ll need to learn to chop trees, mow weeds, and plant crops in order to tame the wilderness and make enough money to improve your homestead. The real adventuring comes in when you’ll need to explore the caverns. There are fifty levels of caves to explore, each with strange creatures that you have to defeat. Whilst you’re down there you’ll find precious gems, stones, lumps of coal, and all sorts of other things. If you like slow-paced gaming that’s available to play across a wide variety of platforms then you’ll love this cult classic.

There were perhaps no more adventurous people than the cowboys. They would spend days and days riding through the open plains in search of gold, cattle to rustle, or sometimes just a bit of trouble. Red Dead Redemption II is the prequel to Red Dead Redemption and sees you playing as Arthur Morgan. Arthur is a loveable rogue whose behavior changes depending on the way you get him to interact with others. You’ll spend a lot of time with your trusty horse, taking on missions like bounty hunting, train robbing, or hunting down a legendary animal. The world in Red Dead Redemption II is absolutely enormous and was truly a pioneer of the open-world genre. You’ll be able to chase rainbows, follow streams, and scale enormous mountains. The potential for exploration and discovery is endless, plus you can play on PC and PlayStation, so your game can follow you wherever you go.

Some people want to explore the world and others want to conquer it. Civilization VI is the latest installment in a hugely popular series that allows you to create your own civilization. You’ll be playing on a map with anywhere from one to six other players, each with their own civilization. In order to win, you’ll need to ensure your civilization becomes stronger than all of the others. This could be through domination, where your civilization will take over the capital cities of all of the other civilizations on the map. It could also be a scientific victory, where you’ll need to be the first to land a rocket on the moon. You might prefer a religious victory, where you convert a city from each civilization to your own religion, or the final option is to become the ultimate tourist destination by achieving a culture victory. Your exploration will be essential in this game, for finding valuable resources and the perfect locations to start new cities.