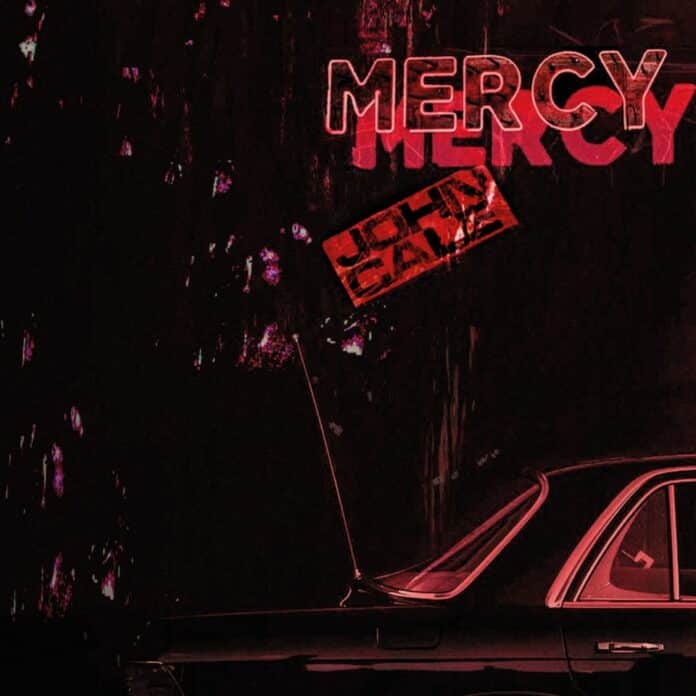 John Cale’s name may be tied to his unparalleled legacy – both on his own and as one of the founding members of the Velvet Underground – but his restless curiosity as a musician prevents him from moving anywhere but forward. “If you go and end up in a corner that you feel uncomfortable in, something will happen and you’ll come up with a solution,” the 80-year-old said in a recent interview, offering a neat summation of his artistic mantra. The wonder of his music lies not in the solutions it presents but in his willingness to sit in that uncomfortable space, barreling through the noise in ways that can be graceful or disturbing, but always unpredictable. MERCY, Cale’s 17th solo album and first of original material in over a decade, traverses murky grounds without pretending to reach any form of clarity. Yet it moves with intention, collating avant-garde ideas and collaborative sparks into a compelling and oddly touching record that doesn’t guide so much as urge you to wander along the same void.

There is an air of cold stillness about MERCY, which could make for a listless experience were it not for Cale’s keen eye for detail. He revels in brooding, dystopian atmospheres but allows contrasting elements to emerge within them, and here, these often come courtesy of the album’s impressive cast of guests. The title track establishes this gloomy disposition, but Laurel Halo carves space for shimmering beauty in the song’s icy synths as it stretches out to seven minutes, at once responding to and suffusing Cale’s pleas for transcendence. Weyes Blood’s Natalie Mering, who last year settled on mercy as the only solution to loneliness, makes for a fitting partner on the transfixing ‘STORY OF BLOOD’, the two voices gliding over each other to evoke both the strange physicality and soulfulness that permeates the lyrics: “This is the story, the story of blood/ It starts in the heart/ It moves all around, wake you in the morning/ And brings you down.” And on ‘TIME STANDS STILL’, Sylvan Esso add a touch of lightness to an otherwise morose meditation on history.

Time does seem to stand still on MERCY, where present-day catastrophe spurs an uneasy (and unfiltered) fixation with the past. A throbbing beat by the electronic producer Actress crawls into and jerks away at the ghostly, abstract memories that override ‘MARILYN MONROE’S LEGS (beauty elsewhere)’, and ‘NOISE OF YOU’ proceeds by tumbling further back in time, surefooted at first but slowly growing in desperation the more it longs for a distant sound. Far from the swirl of instrumentation gathering around those tracks is the drumless drift of ‘MOONSTRUCK (Nico’s Song)’, while the groovy ‘NIGHT CRAWLING’ finds Cale reminiscing on his friendship with David Bowie in the ’70s. These songs could easily pander to the listeners’ own propensity for nostalgia, yet rather than heartfelt tributes, they are confrontational and challenging, though ultimately still tender, in their honesty.

Without some of its guest contributions, MERCY‘s oblique lyricism and meandering song structures could leave something to be desired. Though Cale delivers an arresting performance on ‘NOT THE END OF THE WORLD’, it’s not hard to wonder how an extra collaborator might have elevated its sense of drama. It’s a testament to how seamlessly he integrates the often subtle textures handed to him by this younger generation of artists, but also how much we want them – peers and contemporaries – to always venture into these dark and desolate landscapes side by side. In spirit, they often do; ‘EVERLASTING DAYS’, a collaboration with Animal Collective, has an awkward scrappiness about it, but it’s not long before the gauzy effects lock in with the music’s sweeping devastation. “When we try to walk away, when we turn our backs and smile/ Will we see the past that haunts us now?” Cale ponders. The journey the album takes us on is oneiric and starkly personal, but simmering underneath is the firm hope that when we all inevitably end up in a corner, we’ll be looking for the same thing. MERCY doesn’t reveal much about its own character or purpose, but this, it spells out in capital letters.

Album Review: John Cale, 'MERCY'John Cale's name may be tied to his unparalleled legacy - both on his own and as one of the founding members of the Velvet Underground – but his restless curiosity as a musician prevents him from moving anywhere but forward. "If you go...