John Cale has announced a new album, Mercy, which is set for release on January 20 via Double Six/Domino. The LP will include the previously released single ‘Night Crawling’, as well as the new track ‘Story of Blood’, which features Weyes Blood. Check out its Jethro Waters-directed music video below, and scroll down for the album artwork and tracklist.

“I’d been listening to Weyes Blood’s latest record and remembered Natalie’s puritanical vocals,” Cale said of the collaboration in a press release. “I thought if I could get her to come and sing with me on the ‘Swing your soul’ section, and a few other harmonies, it would be beautiful. What I got from her was something else! Once I understood the versatility in her voice, it was as if I’d written the song with her in mind all along. Her range and fearless approach to tonality was an unexpected surprise. There’s even a little passage in there where she’s a dead-ringer for Nico.” 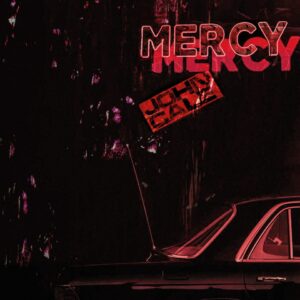