Nickel Creek — the trio of Chris Thile, Sara Watkins, and Sean Watkins — have announced their first album since 2014’s A Dotted Line. It’s called Celebrants, and it’s out March 24 via Thirty Tigers. Today’s announcement comes with the release of the new single ‘Strangers’, which you can check out along with a music video below.

“This song is an exploration of the ostensibly rewarding but often awkward, even excruciating act of catching up with an old friend,” Chris Thile said of ‘Strangers’ in a statement. “Can the connection be reforged? Should it be?”

Nickel Creek have also announced they will be performing a headline show at the Barbican in support of the album on Friday, September 1. Find their list of tour dates below. 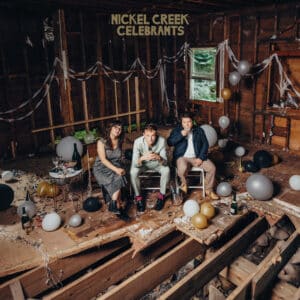