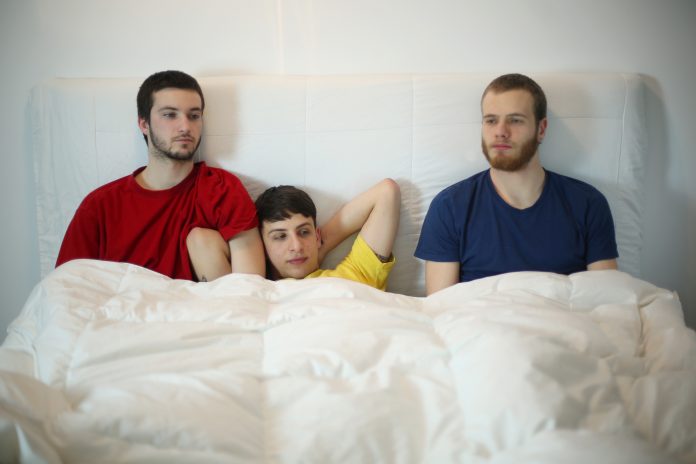 A band formed by a group of friends EXRCM is becoming a band to watch in the world of music. With their first English language EP ‘Loite’ out recently, the band joined us for an interview.

Hey! We are great, thanks!

So, how did you come up with the name EXRCM?

Well, our name used to be EXERCOMA, which comes from the Greek and means “Beyond the limits”, but then we decided to keep only few letters.

When did you decide to start working on music?

Everything started few years ago when we were still in high school. We were just friends with the common passion for music. We started to play and we became a “famous” high school band. After a while, we realised how important music was for us and we started to take it seriously. It wasn’t anymore a simple hobby, it became much more, something much more important. It started to play an important role in our lives. It became so important that last year we decided to leave our hometown and to come to Berlin. We were looking for challenges and opportunities. And now here we are!

Do you have anything exciting in the works?

Absolutely! We are now focusing mainly on our live performances. We wish to start a tour in the next months and we want our live performances to really represent who we are. This is why now we are working hard on it. We want to realise concretely what music is for us, which means a combination of songs and visual. So we are now trying to add visuals and make our performances more electronic.

Outside of music do you have any hobbies that you like to escape to?

We all have different hobbies actually. I love movies, Tommi loves to read and Beso, instead, loves playing drums.

Describe yourselves in one word.

If you could give any advice to any aspiring musicians out there what would it be?

Learn how to work in group and collaborate

Culture is what transforms a group of people into a community