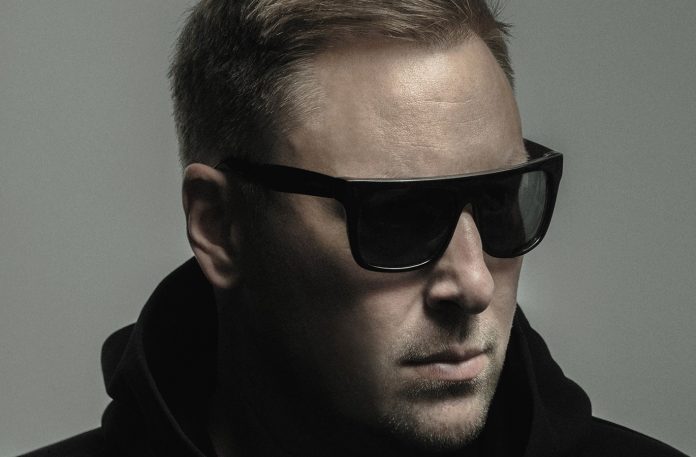 Legendary DJ and music producer UMEK is considered to be on one of the best in the world of dance music.

With his latest single ‘Sneaking Unnoticed‘ out now, UMEK joined us for an interview to talk about music, life, and culture.

I’m fine, thank you. You’ve just caught me on the way back home from the gig in Switzerland, which was really good and now I can’t wait to spend a couple of a bit more quiet days, which usually ends up with me welding new monsters in the basement. 

So, how did ‘Sneaking Unnoticed’ come about?

From the strict technical point of view, it’s was very easy: I sat down in my studio, started developing some ideas I’ve had, laid down nice foundation built on base and kick, then I’ve put a good rhythm section over it and the work was done. But of course, good music is not only a technical product, it has to have heart and soul, a bit of creative magic, and in my case that usually comes from the energy I feel on my gigs, which I then try to capture in my productions. I get the most inspiration for my music from watching people on the dancefloor responding to my mixing and when I’m in the studio I try to imagine how people will respond to particular elements in a new track I’m working on. Will the fat bass get them moving or will I build a tension with it? Will a well-placed drop followed by strong build-up create a certain level of euphoria? And so on. The good thing about being a DJ and producer in one person is that I can road test my new tracks and demos at the gigs every weekend and I can pimp them so long that they’ll really do the trick.

When making music what kind of emotions do you hope to get through to your listeners?

Actually, I don’t pay that much attention to what emotional responses I’ll trigger as I focus mostly on how to create a certain level of energy on the dancefloor. My sets are all about creating energy in the club or on a festival on a physical, as well as spiritual level – that’s what makes people move to my music. Though when I perform as Zeta Reticula, I do play a bit more on emotions as that music is much more melodic, even though it’s electro. I like to see happy, positive people on the dancefloor, it’s just that I build the set on darkness and tensions which I occasionally break with an uplifting moment to trigger a burst of intense emotions. And it’s always weird when people tell me some track of mine appears a bit sad or depressing to them as I see all my music as quite positive and happy, even when it’s a bit dark and tense.

What do you enjoy most about being a DJ & Producer?

First of all, it’s great that I can spend my life creating and playing music. How can you even call this a job? It’s pure passion and I enjoy this very much. The job part comes when I have to travel from gig to gig, do the interviews, do all the work for my Behind the Iron Curtain radio show, meetings and everything else that I have to do to be able to create music and make people dance. The feeling when I step in the DJ booth in front of people who want to hear me play and that moment when the first bass drops is still amazing, especially as I can play music that I like and I don’t really have to do any compromises there. I’m mixing beats for people on the dancefloor for the better part of my life and I still feel rush doing it every single time. So nothing really changed there, while I can’t say the same for producing. I used to produce from desire to create some music. Now I do it because of the creative need. I can feel ideas boiling in me and I have to express that through my music. I was always curious and I wanted and enjoyed to produce music, but now I really feel I have to do it to express myself. And I wasn’t aware of that since only couple of years ago.

The basic plot is to make music, tour around the world and enjoy some holiday time with my girlfriend in between the gigs. As I leaned to the darker side of electronica again I’m getting booked a lot by darker, techno oriented clubs and festivals I didn’t play before or at least I didn’t play for a long time, which is great for breaking the routine, but of course I’m also still doing big festivals like Tomorrowland and bunch of big gigs in Ibiza over the summer. I’ve just signed two EPs for two major techno labels, “Sneaking Unnoticed” with additional remixes by Steve Mulder, Durtysoxxx and hot French producer Jusai, I really like right now, just came out on my 1605 label and I’ve also just released “Shadow Tactics” on Form with additional remixes by Popof and Mar-T. And I’m putting final touches on Zeta Reticula EP vol. 7 for Billy Nasty’s label Electrix.

That’s a tough one. Culture can be so many things … Last week I was reminded by my darling I’m a bit of a barbarian while dining at a nice restaurant and I was holding a fork in wrong hand. Well, that’s also culture. If you imply if techno is culture in the same sense as classical or jazz music – not necessarily, but it can be. I’ve seen drunken people attending a gala event and I I’ve heard and seen performances of electronic artists that are amazing pieces of work and that was the culture at its best. And no, music and events don’t have to be boring and dull to be considered culture.

To find out more about UMEK follow him here. To get his latest single ‘Sneaking Unnoticed’ click here.