Alice Braga known for her roles in Elysium (2013), I am Legend (2007), and most importantly for the film that really put her on the map City of God (2002) has replaced Rosario Dawson in the latest X-Men spinoff ‘The New Mutants’.

Braga will be playing the character of Dr. Cecilia Reyes who is a Puerto Rican doctor and has awakened her mutant powers. The actress shared her excitement via social media saying, “Beyond excited and happy with this.”

The film is due to be released on the 13th of April, 2018 and is directed by Josh Boone who also directed ‘The Fault in Our Stars’. 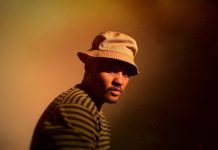