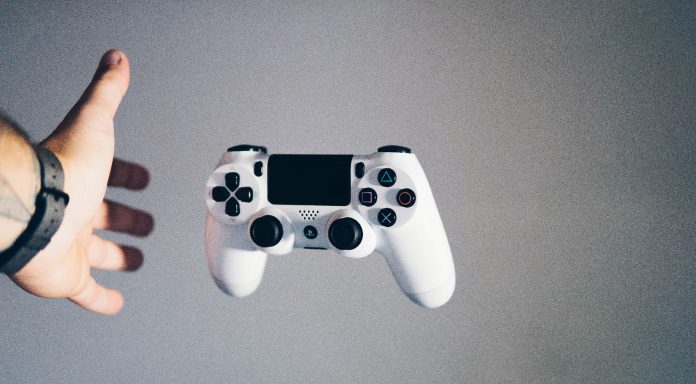 Console wars are still running and here is why.

If you spent any amount of timing around the gaming community, especially while young, you would have no doubt experienced some degree of combativeness over which gaming device was the superior choice. This has been the case since choice first became a factor, in fact, I remember disputes as far back as the Sega Master System versus the NES. While this was the first generation in which I was engaged, this was not the first battlefield, with each new generation bringing forth a new wave of world warriors.

Since the advent and proliferation of the internet, this culture of competition between the different consoles/PC has seen an entirely new way to fight. Rather than arguments and name-calling between friends, console and PC warrioring has risen to a much more visible level of sarcastic aggression and memory. How did we get to this point, why are such a large quantity of people so engaged in a fight that many regard as ridiculous, and what can we expect from this war in the future?

Before we look at the more individualist aspects of the console wars, we need to look at the gaming environment as a whole. In the most simple of terms, these consoles are competing against each other in a direct matter, in what can manifest as a zero-sum game. What this means is that, since many families only have the money to purchase one of the major consoles, a purchase of one will mean a lack of purchase of another. In this sense, today’s likes of Microsoft, Sony, and Nintendo are directly competitive within the capitalist marketplace. Given this competition, it is only natural that they would occasionally throw shade at their opponents, and while this has generally decreased in severity over the years, this direct form of competition still exists.

(Genesis is the American name for the Mega Drive)

Yes, this is an actual advertisement that used to run, and yes that is how terrible old-school video quality could be. We might not have efforts as openly ridiculous in the modern years, but clips like this from the most recent generation show this element on the developer’s side is still very much in play:

For those wondering, this clip references the early days of the Xbox One (the third Xbox) announcement, where the console was crippled by overtly terrible DRM practices.

In the most modern of environments, as of mid-2018, this competition still exists, but the general atmosphere is far less life-or-death. The early console wars could often result in the losers lacking the financial support to continue console production, with the most recent mainstream example being the failure of Sega’s hardware following the Dreamcast, however today these risks are not as extreme. Each console has exclusives and fans enough to ensure their continued existence, at least as long as nothing too anti-consumer is attempted, so the competition tends to be a bit less vicious.

Kids will be Adults, also: Kids

Kids can be competitive, and this is especially common when vying for social standing or popularity. The cool and the not cool. Yes, by using the term cool I have solidified myself in the latter. As we touched on above, it tends to be the case where each family could only tend to afford one console. This created a gulf between young people for whom video games had often become the most dominant of hobbies.

The best console? It happens to be the only one which I have access to, and here is why –

No, you are wrong. Your console sucks, the one I own is better, and here is why –

Of course, taste in video games is just like taste in other media – largely subjective. While consoles have often done so much for us in terms of enjoyment and community, the devices themselves are inherently luxury goods, and in this, the aggressive defense of these products often amounts to little more than conspicuous consumption. Console manufacturers aren’t your friend, they have never been your friend, and cloying attempts at public relations aside, they will never be your friend. At least this is the viewpoint of so many of us who do our best to avoid tying our personal worth with a commercial product.

This, on a base level, is why the console wars have continued to play such a visible part in online gaming discourse. This childish mindset always has fresh youth from which to draw, and aging adults whose delicate egos are inextricably tied to their device of choice. Combine these groups in popular places where the quality of conversation is of no concern, the Reddits, and Chans of the world, and you have a self-perpetuating machine of infinite warfare.

Well, no, not at all. While gaming today is notorious for occasional huge collective voices which are often an ignorant force of hatred (Gamergate anyone?), we can’t dismiss the entirety of voices due to the loudest few. As we said, taste is subjective, and in this, there are choices which cannot, by their very nature, be considered incorrect.

Preferring PlayStation because of their controller, for example, is not something which we could ever dismiss, because this is not objective. The same comes with a wide range of factors, whether the console-exclusives, online infrastructure, or form of game communities. You prefer your device because of any of these? Cool, great, just don’t pretend the subjective is anything but.

Now we have to go a step further, in a further attempt to dig myself out of this centrist hole I appear to have created. We have a problem with the subjective being called objective, but on the other hand, we can also have a difficult time telling when the objective becomes subjective. The most common example of this can be seen with the console/PC debate, with the 30/60 FPS difference being objectively unacceptable to some, and only a minor annoyance to others. While we would argue that 60 FPS is almost always objectively better feeling, and for most people, this is not a sentiment shared by all.

Otherwise, let’s use a couple of more modern examples, the original Xbox One DRM, and the current Sony lack of cross-platform online play.

While there were ardent defenders for the original Xbox One DRM, the general response was predominantly negative. So negative, in fact, that Microsoft had to abandon the practice, despite prior claims that it was simply not that simple. This was an anti-consumer practice, and thus we respect measured backlash. Similarly, Sony has been making waves in their recent refusal to open multiplayer games up to cross-platform play. Not content to settle in their iron-fisted approach, their other amazing moves include locking Fortnite accounts first created on PS4 out of other systems. Anti-consumer, and just a real bad-dude move in an age where increased console cooperation is finally becoming a thing.

Be Cool, or Not

In short –where you measure the line of objective versus subjective depends entirely on the person, but there are certain aspects more objective than others. Some people will have their view colored by a dedication of free-market economics, whereas others will place the consumer above all else. Some will be dedicated to the consoles and exclusive series they grew up with, whereas others will view each new generation with fresh eyes more free from bias.

To hold a torch for that which has meant so much for us is only natural. These games and consoles have often helped us in certain parts of our lives, and so they mean far more to us than mere ‘games’. Community, joy, cooperation, and competition, these can all be positive aspects of gaming which we would not dream of seeing gone.

The competition, the warrioring which can result from this is, in many ways, an evitable part of human nature, but this doesn’t mean we can’t strive to be better, both for ourselves and our communities. As for whether you label yourself as a gamer or not, we can all agree that gaming can be an intensely positive force in our lives and wellbeing. The key is not base our egos around it, and not to use it as a gateway for attacking others. Despite what some of the alarmists may claim, there is enough room in this industry for everyone.