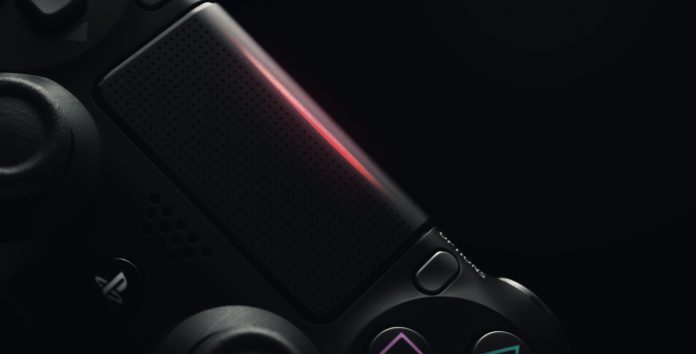 People are fallible. As trite as that statement may be, it also happens to be the undeniable truth. We see this in almost every aspect of our daily lives, full of minor frustrations as they are over the trivial mistakes of others. Sometimes, though, these mistakes end up being larger than we anticipate, and in interesting, dangerous, or hilarious ways. Video games are no different, as an industry rife with modern and historical examples of minor and major mistakes, some of which can ultimately undermine large portions of an experience. In this article, we want to take a look at a few examples of disasters or annoyances only brought about by the incompetence of major developers.

We’d consider going into the likes of Steam shovelware, but that would require us to work until the heat death of the universe, and we are sadly mortal.

Oh what a game, oh what a legacy. There are good reasons why Randy Pitchford is much-maligned when it comes to video game development, and this game is a major part of that. At this point, we all know the game was a disaster. Starting with unrepresentative trailers and outright lies about the game’s development to the underwhelming release of a game which suffered from, shall we say, less than threatening AI.

While we felt fine in placing the game firmly in the bins of history, a recent discovery by modder jamesdickinson963 has uncovered a big part of the reason why the AI is so terrible, and it was a mistake so hilarious that it inspired the creation of this article.

The way that the Alien AI is supposed to work is based off a system of tethering. An enemy can be tethered to certain actors like the player character, and from here the instructions guide the enemy on how to act. The problem, as it turns out, is that one of the coders happened to make what we in the writing industry call a ‘spelling mistake’. This, for those unaware, is the technical term for when a word is not, well, spelled correctly.

By changing an entry of tether in the game’s code to teather, the enemies would only be following partial AI instructions, leading to hilarious clips like the one above. We understand that spell checking is often ignored in game code as unnecessary, but to think that the game made it past quality control in this condition, and that the actual developers never uncovered the problem themselves, well, let’s just say Gearbox has a long way to go before they make up for this mess.

Uninstall with a Capital U

Back before Steam used to take care of everything for us, many games came with dedicated uninstallers. These programs were just what they sounded like, they would take everything the game had put on your computer and remove it. A necessary component, and one which could reliably be programmed by a second-year programming student. Unfortunately for Myth II on pc, they apparently only had a first-year student on hand.

See where this is going?

As some users installed the game to their root C:\, an unusual but not unheard of action, the uninstalled would remove the game, and then every single thing on the hard drive it could.

Official name Street Fighter 5, this is another game which was released to significant controversy. The general thought was the Street Fighter 5 was a prime example of major AAA games being released in what was essentially an early access state. Chief of these concerns was an unacceptable amount of input lag for a competitive level fighting game, perhaps the biggest fighting game series in the world, and the actual lack of an arcade mode. Fans of the series were frustrated with many aspects of this game, though hopes were high that the PC version might at least be able to overcome some of the serious limitations.

Eventhubs takes a look at the m/s of input lag

One of the updates released in September of 2016 seemed to be slowly pushing the game into a more complete state, that was until players managed to get a closer look at the code. What did they find? Well, Street Fighter 5 saw fit to include what is called a rootkit. While the details of this are complicated, the general idea is that this would give the game access to base parts of Windows, which would usually be protected. Normally this would allow the developers an easier way to cut down on issues like input lag, but in this case, it was so poorly designed that it also acted as a backdoor for a variety of harmful programs.

Capcom had served their player’s computers up on a platter, and given how much criticism the game had seen already, another tatsumaki senpukyaku in the ribs didn’t go down especially well.

The Original Xbox One (the third Xbox)

Today the third Xbox is doing quite well, but a lot of this is owing to walk backs Microsoft performed after the less than enthusiastic response many had for their original vision. We see a pattern in major gaming hardware developers, in that success in one generation leads them to overestimate themselves in the next. We saw this with how Sony bungled the initial PlayStation 3 launch after the overwhelming success of the PS2, we saw it with how far Nintendo failed with the Wii U after the dominance of the Wii, and we saw it again with the Microsoft after the success of the Xbox 360.

A major part of this ties into how Microsoft saw the Xbox One as the collective source for modern entertainment. It would not just be a game console, it would be the media center of your home. They knew the direction the future was going in, and they knew what you wanted. The alternative explanation is that they saw a future rife for exploitation, and they wanted to see if they could get away with the endgame they had been planning for years.

Unfortunately for Microsoft, they delved too greedily and too deep.

Gamers didn’t want media centers which stomped out their freedoms with overzealous DRM. Gamers, as it turns out, wanted to be able to share and play games. Despite initial claims that this would be good for gamers, that this was the natural evolution of consoles, and that what they had designed could not be ‘switched off’, Microsoft would eventually succumb to public pressure and humiliation.

At least they had the grace to pat themselves on the back for how much their change of plans would work to benefit gamers, by doing the thing that they should have done in the first place, and after they pulled the ostensibly impossible act of switching their DRM off. At least it gave us one of the best corporate burns of all time.