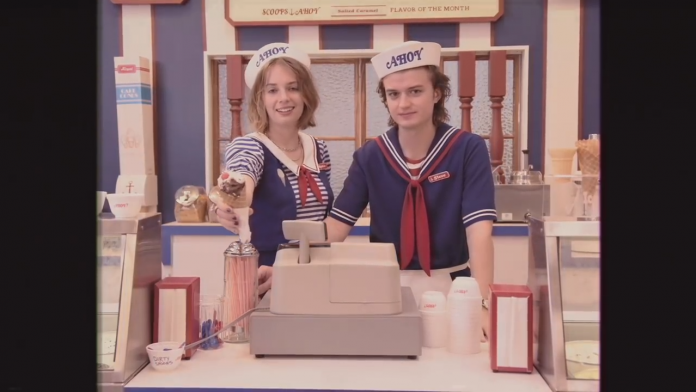 Stranger Things, a series which is a love letter to ‘80s cinema, has received a nostalgia-driven teaser for its highly anticipated season three.

Nostalgia is an element that drives viewers to their screens, and it looks like Netflix is once again using just that with their series Stranger Things.  The series which has become known and criticised for using a vast amount of nostalgic references has not settled down and has once again given their viewers a glimpse of the past with a fun one-minute teaser.

While the teaser does not give away much about the upcoming season, it gives us more of an overview of what is life in Hawkins, Indiana and shows Steve Harrington played by Joe Keery working in an ice cream store alongside Maya Hawke who will be playing the character of Robyn.