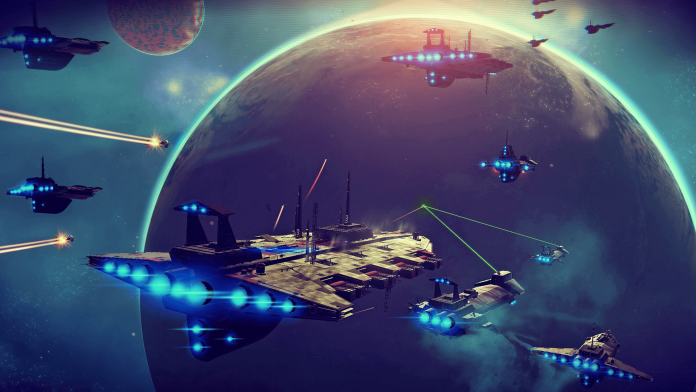 Video games of today are an evolving medium, and this applied to singular games, not just the industry as a whole. What was at first a form of entertainment locked in post-release has now become one full of update patches, overhauls, back steps and exploratory lunges. What we want to look at here today are the games which managed to redeem their original shortcomings through eventual changing of the base formula, bringing themselves from a target of derision into something which is not only accepted but loved. No, EA, Battlefront II will not be on this list.

Final Fantasy 11 wasn’t exactly what many long-time fans of the series were expecting. Sure, it made sense for one of the many Final Fantasy worlds to open itself up to the MMO experience, but a mainline entry? Despite the reservations, 11 was not only one of the most successful games in the series, it ended up becoming one of the most well-received and popular MMORPGs of all time. The game has been played and enjoyed by millions of people, and still enjoys acclaim with dedicated fans today.

With this entry having already tested the waters and laid out a potential framework which another Final Fantasy game could follow, expectations were high for Final Fantasy 14. Not only did this game look great, the proven track record had many fans opening their wallets as soon as the opportunity presented itself. There is a reason why so many video game critics and pundits don’t recommend anything like preorder culture, and this game was it.

Created by conflicting personalities within Square-Enix, the original version of FF14 was doomed from the get-go. Chief among these problems was a lack of server stability (who could have seen that coming?), lack of content, awful maps, and a user interface seemingly informed by the Dark Lord of Inefficient Design. Also hilarious was the inclusion of a rather overdesigned flower pot, which as users would learn was an enormous reason why city centers tended to drag computers to their knees. 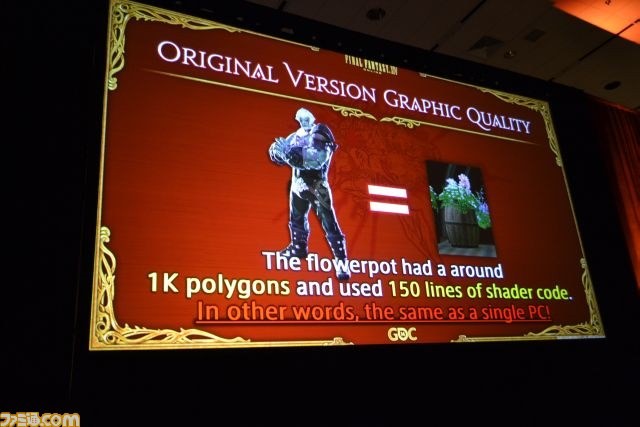 From the GDC Presentation

Earning a Metacritic average of 48, Square decided to do the unthinkable for a major AAA release – they shut the game down and took it back to the drawing board. After collectively getting their ‘minds’ together, SE released the much improved FF14: A Realm Reborn in 2013, three years after the initial release of the initial version. The result was an enormous improvement over the original game, leading to a Metacritic score of 83, and a player base still increasing to this very day. While the game still suffers from issues, with player housing being especially hilariously reflective of real life free-market economics, the almost complete turn around has been an enormous aid to SE, showing that they can listen and improve, should there be no legitimate alternative, at least.

One of the most anticipated sequels to one of the most-loved PC series of all time. Blizzard had a lot to measure up to with Diablo III, and many longtime fans of the series were getting nervous. At the time when the game came out, most of the key designers who had made the original two games great had moved on to other development studios, leaving those who picked up the pieces to bring their own vision to life. Unfortunately, as it so often does within the AAA gaming industry, Blizzard had their eyes on the prize, rather than the quality. At launch, the game was inaccessible to many, with the enormous number of players from one of the most anticipated games of all time apparently beyond Blizzard’s level of foresight. 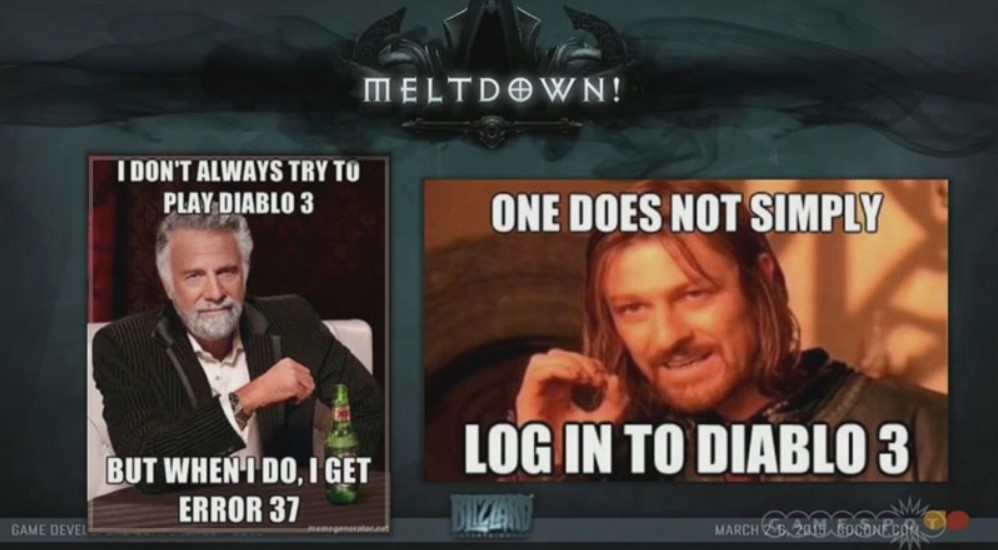 GDC laying out the memes

Aside from this was the obviously monetarily driven idea of the real-money auction house, a development which significantly undermined a huge portion of the game, a much-simplified gear system, and enemy behavior which betrayed a frankly bizarre level of incompetence. Playing as a melee character? I hope you enjoy chasing each ranged enemy for upwards of 20 seconds before you can catch and kill them!

Blizzard expected a backlash, as any game developer does these days with any release, regardless of quantity, but they didn’t expect to be taken to task for one of the biggest gaming let-downs ever. Not one to sit on their reeking laurels, Blizzard set out to slowly patch the game, improving it over a few years into what could really be called a worthy successor. This meant removing the real-money auction house, which they had previously defended, massive overhauls to the gear system, and a million other little changes and tweaks to fix the million little annoyances and poor design decisions.

This one was a bit of a doozy. No Man’s Sky was, in some ways, a victim of hype culture and the unsure way in which major gaming development operates, but that in no way excuses the outright lies told right up until release. Finally, a game which would let players explore a full galaxy, full of procedurally generated flora, fauna, geography, and atmospheric conditions! Okay, great.

But what of the features claimed by Hello Games which never saw the release date, including but not limited to:

And a great deal more.

While some of these can be easily understood from the nature of game development, that development is not done until you are done and the final feature inclusion isn’t decided until the game is out, there are many claims made by Hello Games frontman Sean Murray which would never realistically been able to meet release. Fans logged in on the first day expecting the cliché of a ‘living, breathing galaxy’. Instead, what they got was a creature dragging itself out of the water to make its first few steps on dry land.

The backlash was, of course, significant, Sean Murray went into hiding (we don’t blame him, along the many legitimate complaints were the standard internet fare of threats and other unacceptable behavior), and Hello Games took a significant hit in the eyes of the public.

Since then, approaching two years after the original launch, No Man’s Sky is still receiving significant free updates, not only improving the game but bringing it continuously closer to what was originally envisioned. From incredibly negative reviews of the original version to a current Steam review rating of Very Postive, this is one of the best redemption stories in gaming and one which we expect great things from in the future.

You might not believe it, but the original version of Fortnite was actually remarkably poorly received among the gaming community. While I personally looked forward to the original Save the World gametype, as it interests me far more than the battle royale genre, many players complained that it was not only glitchy, but uninspired and boring. Suffering from delays, the common sentiment of the time was that this would be a game confined to the history books, another attempt gone sour that everyone might think of every few years.

As it turns out, Fortnite went into early access at the same time when PlayerUnknown’s Battlegrounds had become a worldwide smash, and the Fortnite developers at Epic saw this trend as one worth chasing. Rushing out the original version of their battle royale mode in only a few months, Epic abandoned chasing the Save the World portion of the game as the primary development target and went full-force into promoting the now free-to-play Fortnite Battle Royale.

From near failure into what is most likely the biggest game in the world right now, even surpassing the original PU:BG inspiration in terms of visibility and fan favor, Fortnite stands as the crowning king of redemption gaming. Unfortunately, this has informed the direction of other AAA gaming publishers and developers, with studios like Activision abandoning the traditional story mode in their upcoming Black Ops 4 in order to chase battle royale dollars. Then, trend-chasing over integrity has always been an enormous component of gaming, so we shouldn’t be surprised. 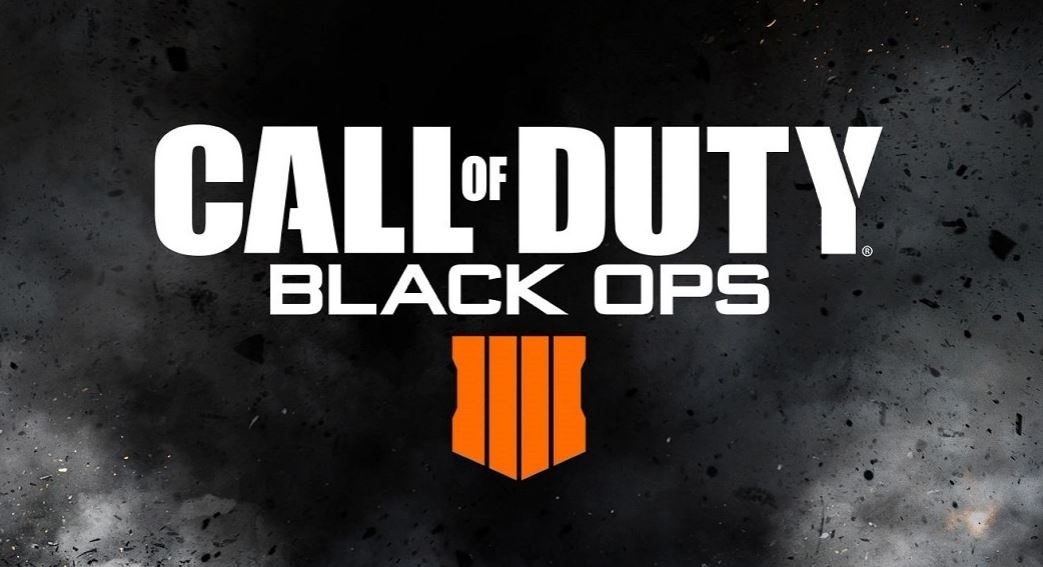 What comes next, Crash Bandicoot Royale? Come to think of it, a royale style racing game might be something we could really get on board with. What do you guys think?