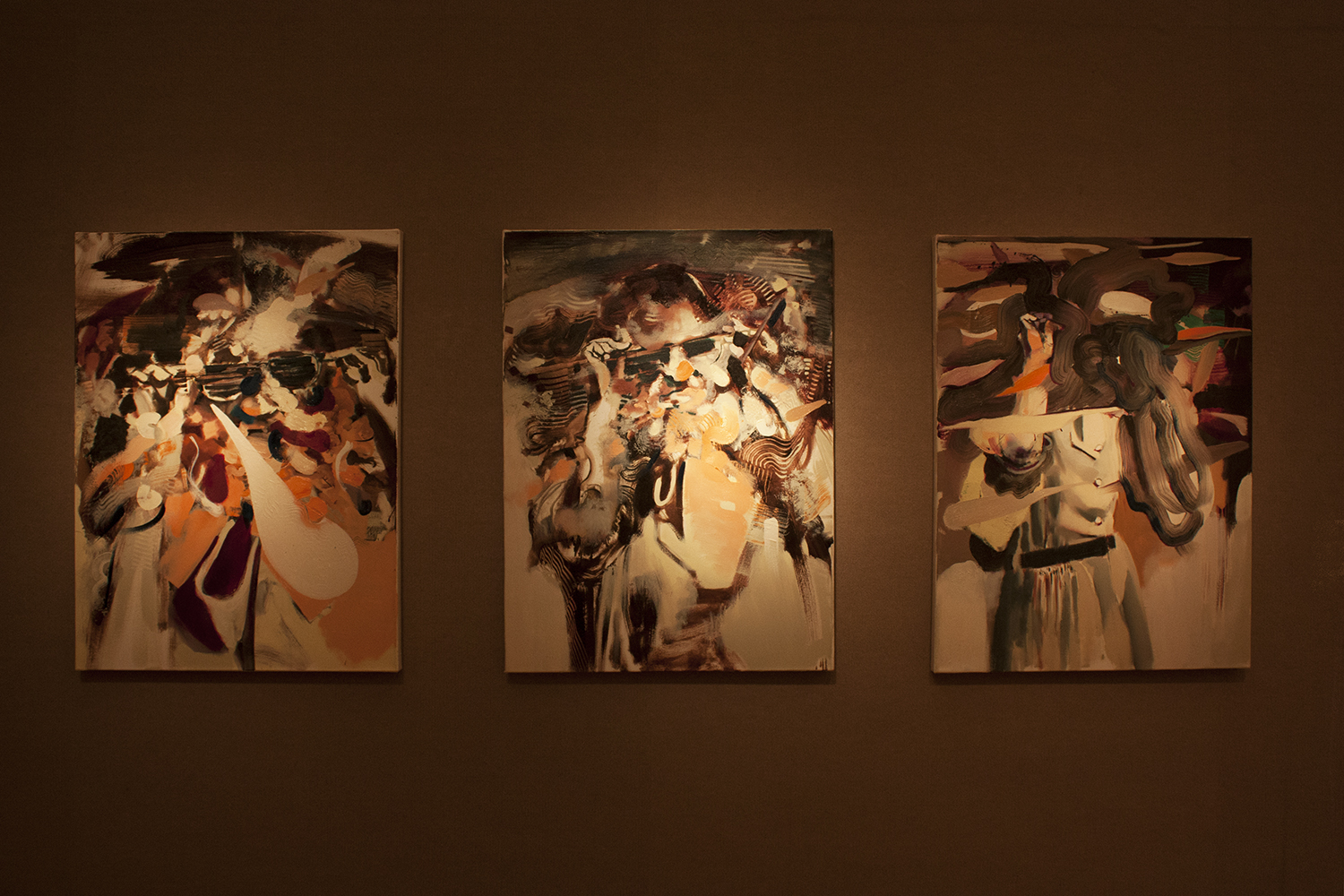 In the latest solo exhibition, the wonderful, Bartosz Beda showcases and exposes political issues beyond the primary face of his art. This is Beda’s third solo exhibition in the United States. Several paintings for this exhibition were produced during his three months artist-in-residence at GoggleWorks, Center for the Arts in Pennsylvania.

Bartosz Beda, a Polish-born artist, has developed and recently presented his new solo exhibition which he claims explores political and social issues through hidden meaning. While this claim is always up for a challenge, we must understand that Beda has become known for his philosophical and at times even metaphysical art over the years. Beda, who is an emerging artist exhibited twenty-four paintings at Mildred M. Cox gallery in Missouri. Beda emerged with his art in the United Kingdom in 2012 when he was selected for Saatchi New Sensation and published in the Catlin Guide as of the most promising artists in the UK. As a painter, he is often referred to Francis Bacon with his use of difficult subjects and deformed forms in his paintings but also seen by many like Frank Auerbach through the way he applies paint on the canvas.

In this latest exhibition named ‘Ten Starts from One’, Beda combines vividly harsh reds and greens with dusting greys to create a melancholic feel to his art. More so, the combinations reflect the harsh political climate we are living in. What is more exciting about Beda’s latest exhibition is the focus on one topic and emotions in several different ways. It is clear that Beda focuses on a sphere of themes and emotions which is present throughout his exhibition.

A key painting that showcases those themes is titled ‘Person of the Year’ which was directly inspired by Time Magazine cover of Person of the Year and the President of the United States, Donald Trump. This painting itself is a statement and can be controversial enough. It is his personal comment on the political scene, but also it is a reflection on the role of the individual in the society. Through this work, he suggests that every individual is an important part of the puzzle and things can go in a great direction if it is decided right in a group.

“A wonderfully relevant collection by a  challenging artist”

On the painting, Beda also wrote “Moscow, ID” (which may stand for Moscow, Idaho – where Beda resided at the time of producing the painting), but fundamentally “ID” in psychoanalysis stands for the part of the mind in which innate, instinctive impulses and primary processes are manifested. Through this, we can evidently perceive that the connection reflects the Donald Trump situation in America and the wider world after he was elected.

Another painting of the Donald Trump is titled ‘Ten Starts From One: Monument’ which is a combination of his portrait and posters from Soviet Union times that display builders which in this painting they sculpt a monument of Donald Trump. The key focus of this painting for Beda was to display that the ideology and thought are possibly related and not far-fetched from what is present in China and Russia, today. This painting is a form of allegory that is supposed to make the viewer laugh. When you look at the painting closely, you will see on the left side of the painting three figures that actually sculpt the monument of Donald Trump himself. It is a direct correlation to regime hero and monument that were built only for propaganda purposes. The colours on this painting themselves are very intriguing and happy; in fact, The American flag is incorporated in the background which is about patriotism and which creates a balance to the allegory of the painting.

For the exhibition, Bartosz Beda has created very soft and calm lighting that invites the viewer to enjoy the metaphysical connection between paintings and the space. It calms visitors and makes them contemplate the work. Beda himself refers to the use of light in the gallery to Mark Rothko rooms in Tate Modern — that are built on the lack of light. When you enter a gallery, the focus is on the paintings, and that is where Beda wants to keep the attention. Viewers are encouraged to encounter and consider how the paintings and space around them interact with each other. Another painting from this series is based on the propaganda posters from the Soviet Union period. Posters were encouraging women to work and build the prosperity of the Soviet Union. From today’s perspective, it sounds funny, but our culture has the same purposes and values, but the way the message is delivered is different. It also comes to the idea that paintings express the painter himself.

Overall, Beda has presented us with a genuinely eye-opening exhibition, which in our opinion opens up for more discussion as the political climate shifts in the upcoming months and years. The exhibition can be interpreted in a variety of ways and will be so — depending on the audiences views and cultural upbringing. With this exhibition live and running, we are eager to see what is next for Beda, an artist truly connected through his art to the austere world we are living in today.