Sacha Beeley, a recent graduate of Central Saint Martins, presented her short film Big Toast at the BFI London Film Festival. The four minute short follows Toast, who tries to regain his lost love Egg, after he made out with a Salami. With a lot of great laughs, and puns to no ones surprise Big Toast was selected as part of the Laugh section of the festival. 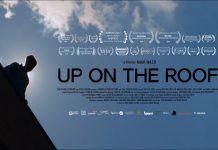 Up on the Roof by Nour Wazzi 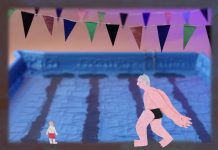