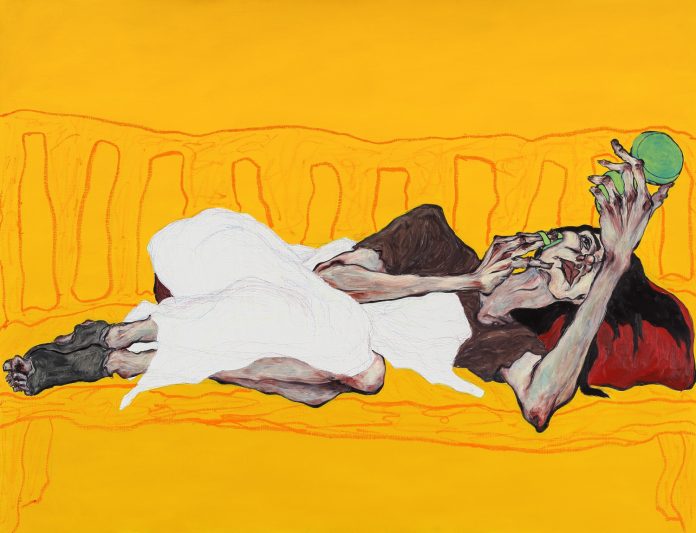 Hana Ju, a painter out of South Korea, has released a magnificent series of oil canvases named Rendezvous_always.
Writing about the pieces Hanah Ju stated “By the time I was thirty-years-old, I began to feel responsible for my life. Who is ‘real me’ among strangers? Since birth, I have been a person who acknowledges others’ gaze unconsciously. As a matter of fact, people, in general, do not pay attention to me that much. Even if they do, my reality would not be affected by it. Although I am very influenced by what others would think of me, it is my mind’s problem rather than theirs. It is a problem driven by my shallow ego. As my ego becomes poorer, my appearance, on the other hand, becomes flashier. Like over wrapping an unworthy gift, my weakened self-confidence needs heavy embellishment on my physical self. That overly done appearance adorns me with a shallow confidence and I stand in front of others believing that is my true self. This self-confidence is very brittle, it tears and wears off easily. Risking this fact, I still obsess over decorating the exterior while ignoring the interior. The exterior gets fancier as the interior gets uglier. In the meanwhile, I lose my identity and without realizing, I sink down to the abyss.
Find more work by Hana Ju here. 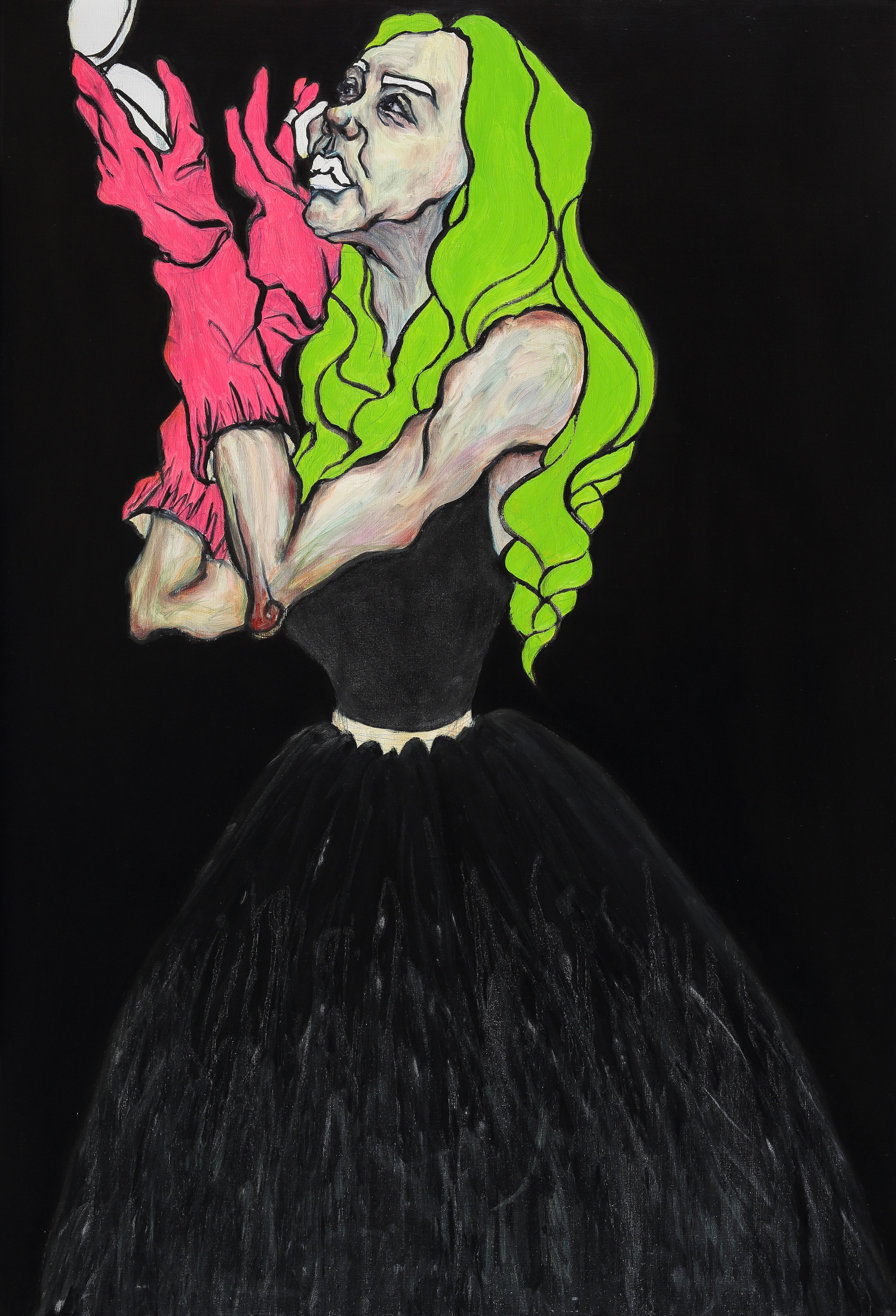 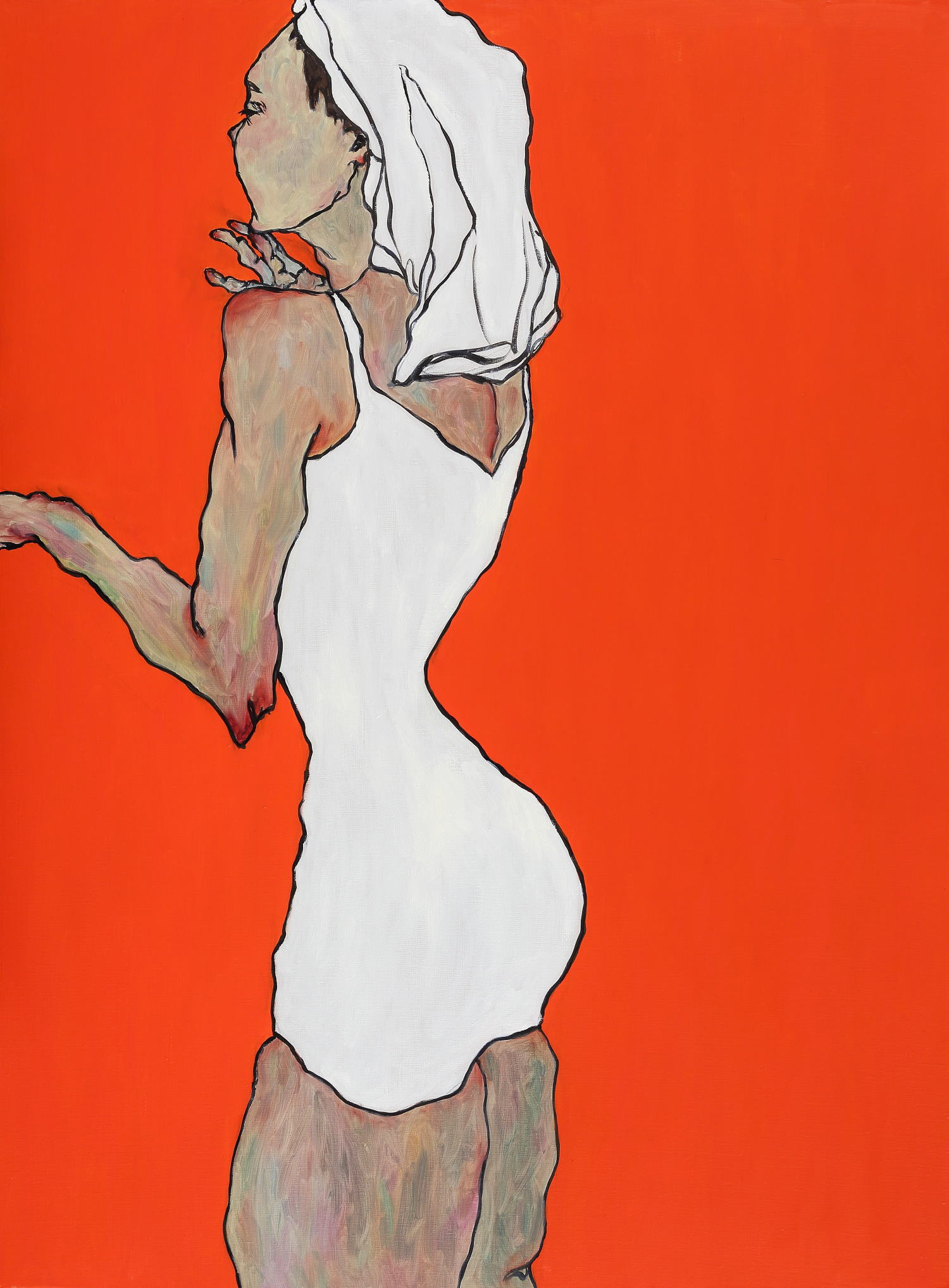 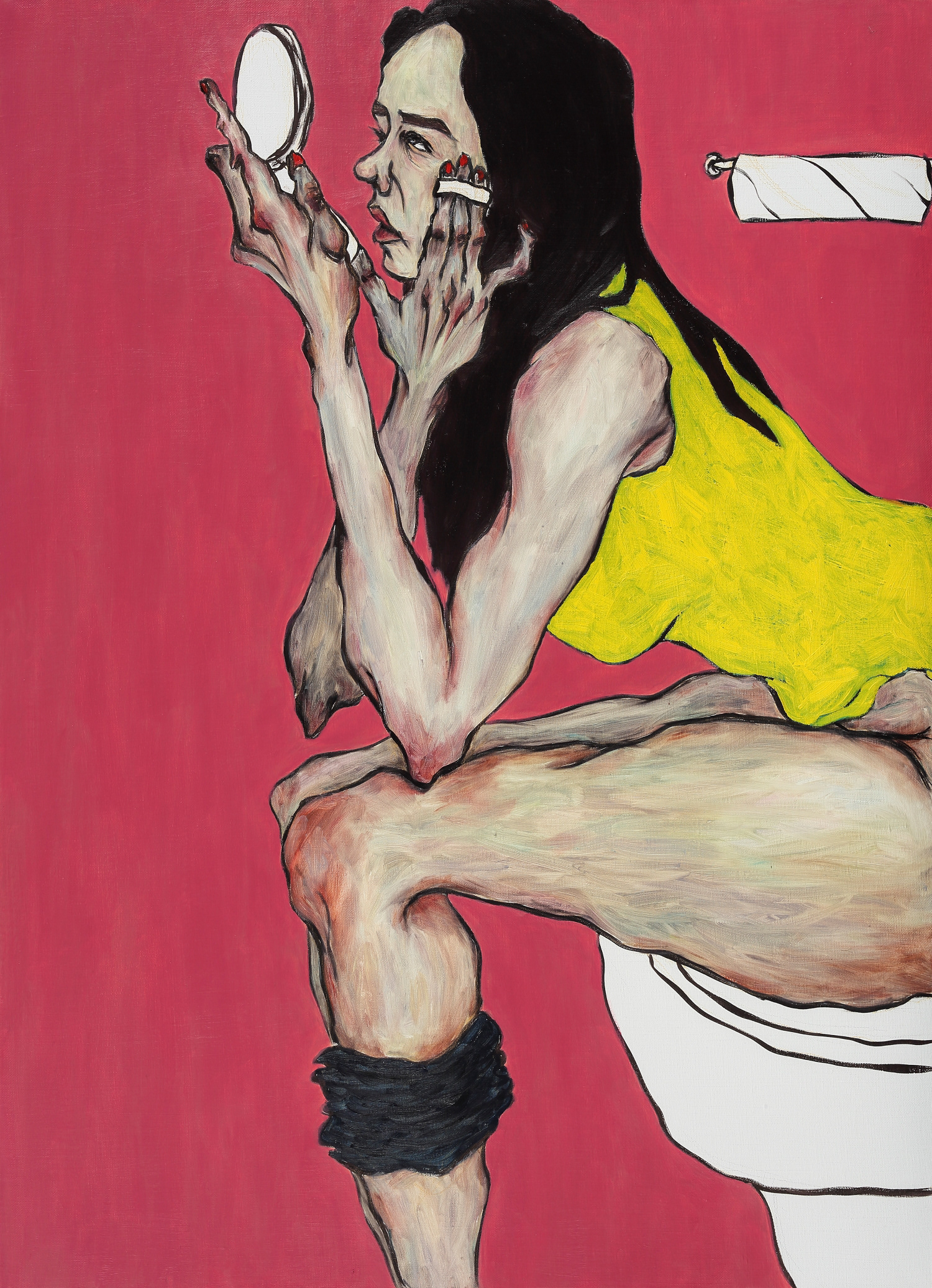 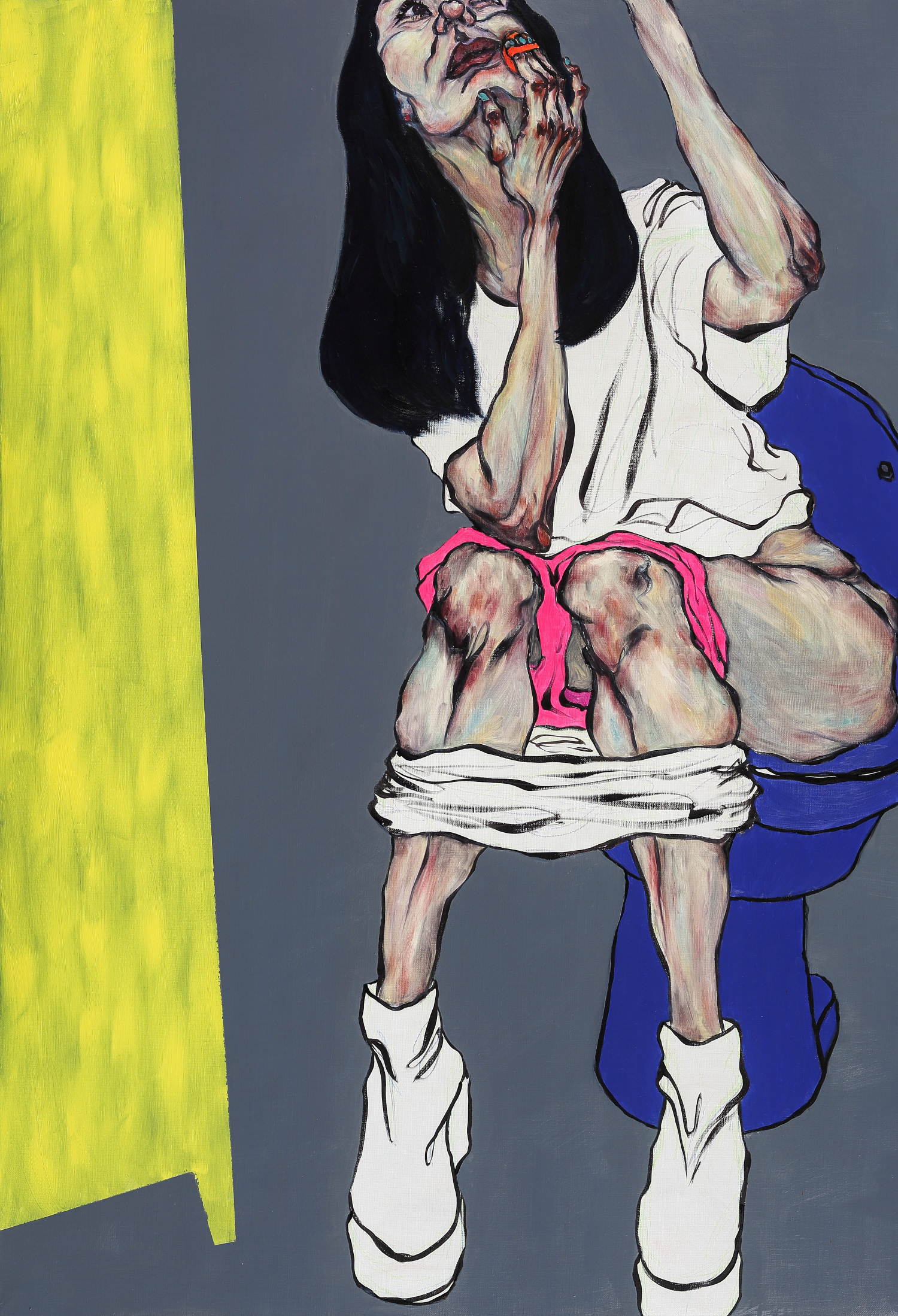 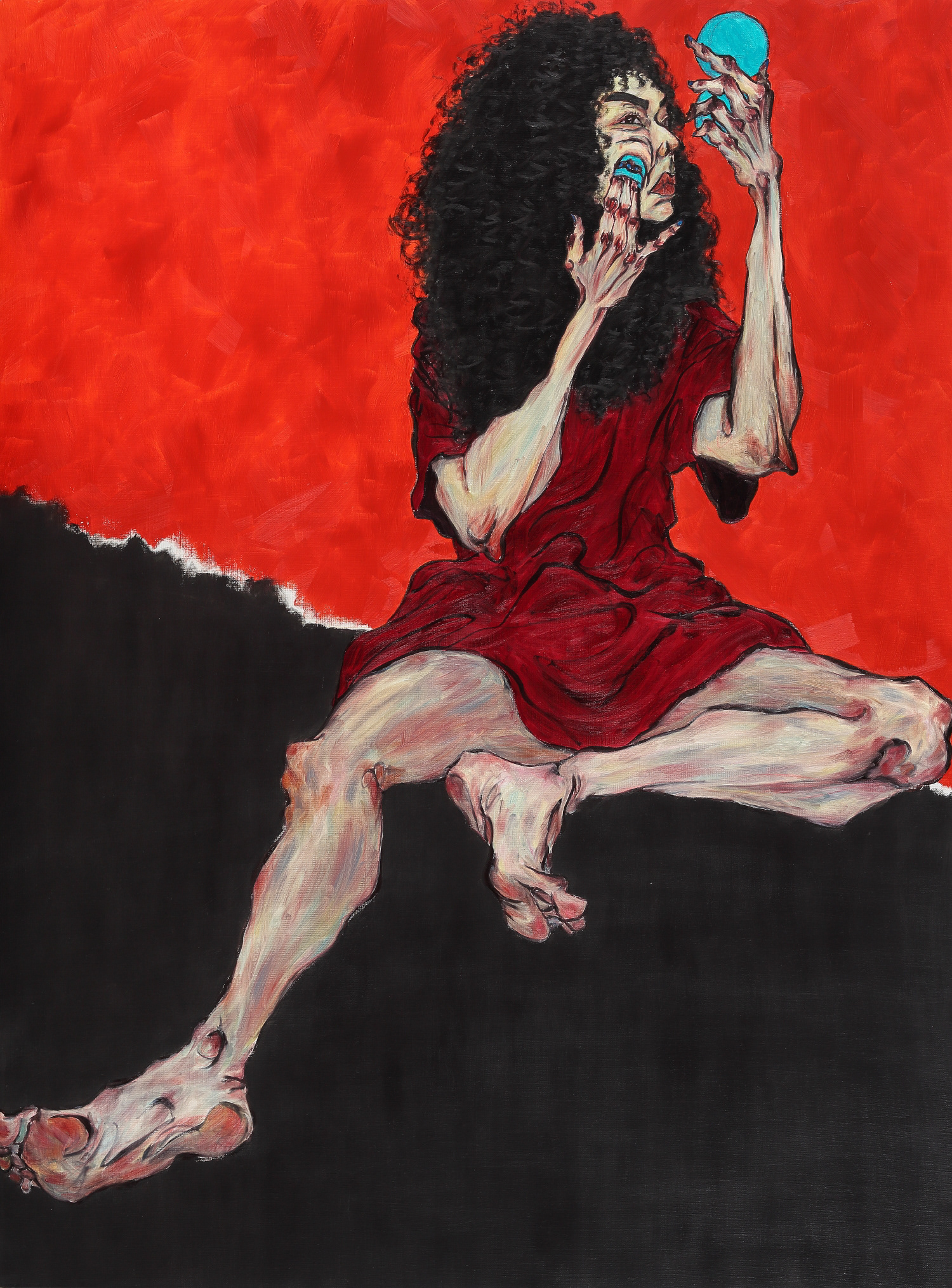