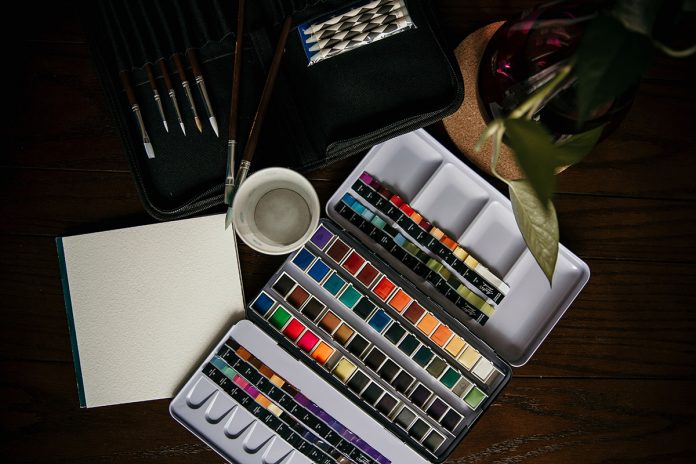 Being a celebrity might be demanding at times, but there are often breaks in work that needs to be filled with something interesting.

While some celebrities enjoy cooking or spending time with family, others opt for more lavish experiences that are a bit outside the box.

Some of the hottest stars have some obscure interests that they use to fill their time. While unique, they can also be a little bit on the expensive side.

When you have money to spend, it might not be so bad to take time doing what you love despite the cost.

These seven celebrities have hobbies that might impress you, scare you, or make you scratch your head but what they all have in common is their high price tag.

Angelina Jolie has a Collection of Weapons

You may have heard of collecting rocks or stamps, but collecting daggers? That’s quite a bit uncommon.

Angelina Jolie, the award-winning actress, has an impressive collection of knives and daggers that she has been adding to since she was a young girl.

She claims to love the history of each weapon, enjoying the unique features of the blades from all over the world. She also knows her way around handling a knife without chopping off any fingers.

Knives are not cheap, especially the one-of-a-kind handmade items she buys for her collection. It is unknown just how big her collection is, but it must be worth a few thousand dollars!

At one point, Nicolas Cage was worth more than $150 million. That was likely his inspiration to own 15 homes at one time. That’s a lot of property!

He bought some of the biggest, most unique structures he could probably find. He even went ahead and purchased an entire island in the Bahamas, just in case his houses weren’t enough.

Houses aren’t cheap, that’s for sure. Especially not the mansions and castles he purchased.

Lo and behold, he found himself in severe debt, losing money on a good amount of his real estate. He even owed a few million dollars in property taxes after all was said and done, having to take random acting jobs to pay it all back.

While he might have retired from buying huge expanses of property, he still enjoys spending his cash on unique purchases to keep himself busy.

Best known for his starring role in Everybody Loves Raymond, Ray Romano once struggled with a gambling addiction. While he has overcome the addiction, he still dabbles in playing poker and betting on occasion.

He will place online bets most frequently and does enjoy participating in the World Series of Poker events. Gambling is much easier now with access to online platforms, especially poker playing, as Romano has noticed.

There are many online poker rooms to play in when you can’t get to a live casino. If you are looking for a great online poker room that offers plenty of fun bonuses, this link can help direct you.

Playing poker could get expensive, so it is important to set a feasible budget and only play for fun as Romano has learned through experience.

While most people think Tiger Woods only eats, sleeps and breathes golf, it turns out there is more to him than that.

The professional golfer loves taking time to travel the world on a boat to catch fish. This interesting hobby has led him to some impressive catches!

He even loves diving and has caught a variety of unique sea creatures as a result.

Not everyone can afford to take a boat out to sea frequently, but Woods doesn’t have to worry about that. His spearfishing hobby is no doubt expensive but he really seems to love boasting about his catches!

If you’ve got a lot of money, why not flaunt it by purchasing luxury vehicles? Jerry Seinfeld is known for his enormous collection of antique cars.

His favorites seem to be Porsches; he has so many, some of which are rare and others he has refurbished himself.

His collection is worth somewhere between $50 and $150 million, not including the over $1 million state-of-the-art garages they are kept in.

Seinfeld likes to post pictures of his cars, even creating his own Netflix show centered around driving the unique vehicles.

If it’s what he loves and it makes him happy, that’s all that matters when money isn’t an issue!

Even a busy actor enjoys winding down with a hobby they love. Jim Carrey, despite his fame from various acting roles, has also met success with his hobby of painting.

He is actually quite the accomplished artist, hosting his own exhibit in Palm Springs.

Our Culture Mag has some awesome tips for aspiring artists to get the ball rolling with their painting hobby. Having the best art tools, from paints to brushes to canvases, is a must for a spectacular piece.

It’s a good thing Carrey has some extra money lying around to support this pricey hobby.

Jared Leto might be known for his acting and singing career amongst other creative feats, but he enjoys the outdoors in his time off. One hobby he does as much as he can is rock climbing, which is no cheap endeavor.

Indoor rock climbing is popular for the average family day out, but scaling the world’s mountains is not so easy on the wallet.

Leto likely has had to pay for all of the equipment, which includes shoes, harnesses, and ropes in addition to other important pieces. Traveling to the mountains is an adventure in itself because they are scattered across the county and the world.

In a recent incident, Leto almost fell from a mountainside due to a fraying rope. While horrifying, he still plans to go out and climb some more!

When you make enough money, it doesn’t matter what you love doing. You can do anything with ease no matter the cost.