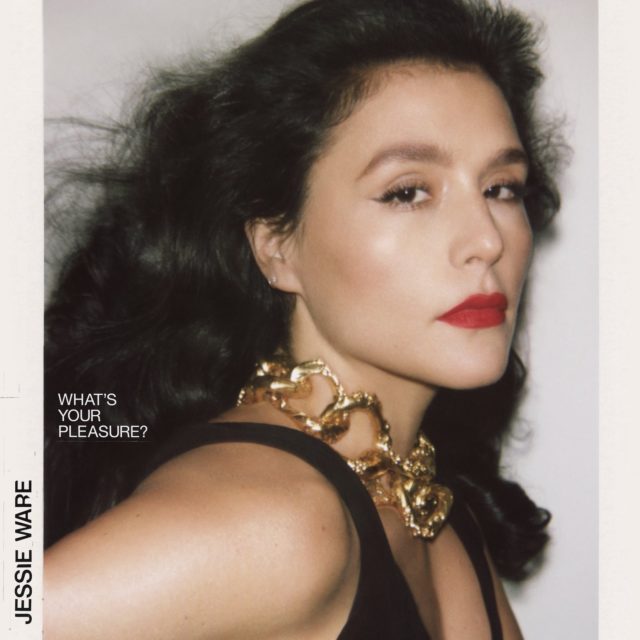 The best pop music of the past few years can arguably be divided into two camps: forward-thinking experimental pop and nostalgic, 80s-infused dance music. One looks to the future, one seems to be shamelessly strapped to a bygone era. At least, that’s the narrative – in reality, both subgenres draw on sounds of the past, but repurpose them in different ways. So far this year, Charli XCX and Dua Lipa have been the biggest representatives of these seemingly disparate approaches, each successful in their own right. It’d be easy to lump Jessie Ware’s new album into the later category, praise it for its near-perfect execution of musical styles mastered by better-known singers decades ago, and call it a day.

But that wouldn’t do justice to what the UK singer-songwriter has achieved here. What’s Your Pleasure? doesn’t just recreate the sounds of disco as much as it does everything in its power to relive them; it’s hard to call it a throwback when it feels so unmistakably present. If you’re looking for nostalgia, go back to Ware’s breakout 2012 single, ‘Wildest Moments’; her latest is pure dance floor euphoria, and you don’t need to have lived through disco’s golden era to enjoy it. There’s a sense of reverence in its deftly textured arrangements, but the album is first and foremost a transportive, sensual experience, and a strikingly immersive one at that. It radiates physicality and self-confidence like none of her previous efforts; the album’s title calls attention to that very fact. And though many pop singers try to adopt that aesthetic for obvious reasons, Ware embodies it like few others here. When she sings “now’s the time to step into my life”, she might as well be confronting a music industry that’s been hard-wired to shake off any female pop artist daring to flaunt her sexuality past the age of 30.

Fitting, then, that the album opens with a track called ‘Spotlight’, immediately demanding your attention with its luxurious instrumental and breathy vocals. But rather than putting the spotlight merely on herself, Ware invites the listener to be a part of it: “This is our time in the spotlight,” she proclaims. Part of what makes What’s Your Pleasure? such a blissful listen is that while it’s centered around familiar themes of lust and love, Ware and her team of collaborators nail the communal feeling that makes these dance songs so infectiously fun. Nowhere is this more evident than on the anthemic ‘Mirage (Don’t Stop)’, co-produced by Ford and Kindness, in which she urges us to keep on dancing together, as if the ritual itself plays a crucial role in the survival of our species. “Last night we danced and I thought you were saving my life,” Ware sings. She doesn’t just deliver these tracks as if her life depends on it; she sings as if our lives depend on it, too.

Saying that they do might be taking it a step too far, but they do sure make you feel alive. ‘Spotlight’ is followed by three of the album’s catchiest songs: from the sultry ‘What’s Your Pleasure?’ to the lavish synth-funk of ‘Ohh La La’ and the exuberant ‘Soul Control’, the delightful swagger on display here is simply undeniable. But elsewhere, Ware dims the lights to deliver a series of soulful, romantic tunes that not only showcase her versatility but also make for a more wholistic listening experience. ‘Save a Kiss’ infuses disco strings into a more modern electropop sound that’s reminiscent of Robyn, while ‘Adore You’ is surprisingly minimal yet effective in its evocation of a wholly different kind of love – Ware wrote it with her unborn child in mind, and its pure display of whole-hearted affection is a rare moment of tenderness and vulnerability on the album. “I wanna give you more that’s/ All that I want to show everybody,” she sings, and suddenly love is no longer a game or a short-lived sensation, but a selfless, all-consuming feeling unbound by time.

Sonically, the album may draw comparisons to Dua Lipa’s Future Nostalgia, but it functions more like Lady Gaga’s Chromatica or Carly Rae Jepsen’s Dedicated Side B; records that were released during lockdown and served as a necessary form of escape by bringing the club closer to our homes. But there’s a fearlessness to be found on the more frivolous sides of What’s Your Pleasure?, coupled with a kind of full-hearted devotion that makes it feel like Ware isn’t trying to escape anything. Instead, she takes whatever pleasures life throws at her and uses the power of disco to pull them a little bit closer. “It feels like we’ve been dancing to this song all of our lives,” she realizes on ‘In Your Eyes’, one of the album’s neon-lit slow jams. “And when you’re here, I leave the world behind/ But I’m not tryna fight it, I’ll just keep on dancing in your eyes.” There’s darkness there, maybe even a hint of despair, but with its grand cinematic strings and seductive allure – Ware compared it to a Bond film in an interview – it’s impossible not to succumb to its spell.

Album Review: Jessie Ware, 'What's Your Pleasure?'The best pop music of the past few years can arguably be divided into two camps: forward-thinking experimental pop and nostalgic, 80s-infused dance music. One looks to the future, one seems to be shamelessly strapped to a bygone era. At least, that’s the narrative...