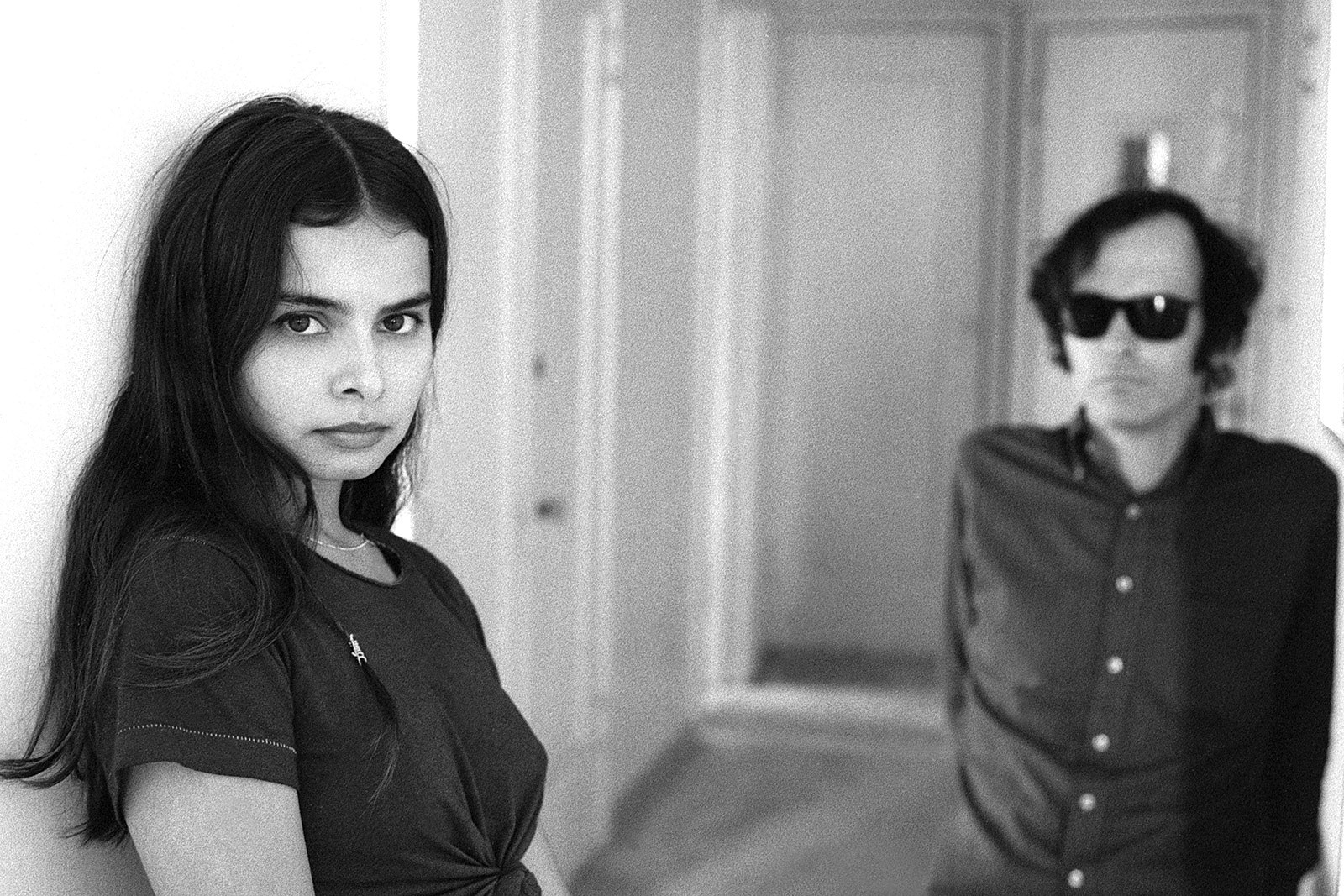 In this series, we take a deep dive into a significant song from the past and get to the heart of what makes it so great. Today, we revisit Mazzy Star’s biggest single, a wistful anthem of unrequited love that pulls you into its ethereal world and lingers in your mind long after the fire has faded.

For a song whose haunting beauty and pensive languor captured the hearts of thousands of hopeless romantics around the world, there’s not much to say about Mazzy Star’s ‘Fade into You’. Not because everything’s already been said, necessarily, but because the dream pop group’s 1993 single is not really the kind of song you talk about. You just sink into its ethereal world, letting those reverb-drenched vocals and hypnotic slide guitar speak directly to your soul. “So much about music is overdetermined by television and what people write and say about it,” co-founder David Roback, who passed away earlier this year at the age of 61, told The Times back in 1993. “You have to leave something to people’s imagination, so they feel they can participate. Music is music. We don’t want to be part of that over-determination. We feel you should be able to shut your eyes and listen to it.”

This is a good rule of thumb for listening to any number of songs, but ‘Fade into You’ captures that depth of feeling so intimately that it becomes impossible not to just close your eyes and let the music wash over you. And while the irony of writing a piece about a song you’re not really supposed to write about doesn’t escape me, part of the magic of the song is what it makes people want to say; not the kind of people Roback was probably referring to – critics and the media in general – but fans whose own memories are inextricably tied to this song. Scrolling through the YouTube comments on the song’s official video, you’ll find people recounting stories of when they first heard it, or simply what it reminds them of: first loves, dusty afternoons, starry nights. People relating not just to the feeling of the song – to the way it somehow sounds both melancholic and hopeful, languid yet enchanting – but to each other. Which, in itself, is pretty strange – who knew that a song by and about introverts could foster such a meaningful sense of human connection?

‘Fade into You’ is often remembered as a song about falling in love – in fact, it might be one of the greatest songs about falling in love, or rather being consumed by it – but it can also be read as being about longing for that deeper kind of human connection, only to realize others simply don’t experience emotions in the same way. The lines “I look to you and I see nothing/ I look to you to see the truth” might just be about unrequited love, about not seeing those romantic feelings reflected in the other person’s eyes; but coming after the iconic opening couplet “I want to hold the hand inside you/ I want to take a breath that’s true”, it’s possible that this emptiness stems from recognizing the impossibility of being part of someone else’s internal world, of having your own personal urges exist outside yourself. Rhyming “true” with “truth” might appear lazy, but in this case it serves to highlight the disparity between the truth that she yearns for and the truth the world hands her: truth as love, and truth as harsh reality.

And yet, she can’t help but marvel at the other person’s ignorance with a kind of youthful idealism: “I think it’s strange you never knew,” singer Hope Sandoval coos in the chorus. Strange that feelings so immense can go unnoticed. Rendered even stranger, perhaps, by the fact that the person that’s being addressed appears to be similarly reclusive: “You live your life/ You go in shadows”. Sandoval, too, has a reputation for being shy, preferring to perform in near-darkness and sometimes visibly uncomfortable when playing in broad daylight. “Once you’re onstage, you’re expected to perform,” Sandoval once said. “I don’t do that. I always feel awkward about just standing there and not speaking to the audience. It’s difficult for me.” But on ‘Fade into You’, the other person’s tendency to “go in shadows” is less about being reticent than it is about suffering from some form of depression, one that “colors your eyes with what’s not there.” The truth then becomes much less complicated, but just as bitter: she sees nothing when she looks at him because he’s haunted by a kind of emptiness that’s just as all-consuming as her love.

‘Fade into You’ will forever be seen as an achingly romantic song, but there’s a darkness to it that often goes unnoticed – the spiral of losing yourself completely to someone who’s lost in a whole different way. There’s no indication that the nature of the singer’s desire is purely romantic; her pain stems not just from the fact that her love isn’t – or can’t be – reciprocated, but from this inability to reach out to the other person and pull them out of that dark place. On the song’s cryptic second verse, she imagines herself from his perspective, seeing her love as “a stranger’s light” that “comes on slowly”, a “stranger’s heart without a home”. But she quickly realizes her love could never be enough – “You put your hands into your head/ And then its smiles cover your heart”. Much like “true” and “truth”, the “hands into your head” line links back to the first verse, where she sings that she wants to “hold the hand inside you”, to prevent him from further sinking into his depression – only for her to “fade into” some version of what she earlier describes as a “night into your darkness”.

None of that, of course, explains why a song so enigmatic has left a lasting impact on so many. And though, to this day, no one really knows exactly how ‘Fade into You’ became such an unlikely hit – it was the only song by Mazzy Star to make it make to the Billboard Hot 100, peaking at number 44 – for many, it boiled down to this: it was a great makeout song, perhaps one of the best of all time. One Capitol executive put it like this: “All those kids have boyfriends and girlfriends, and they like to neck, and I don’t think they listen to Barry White”. Plenty of films and television shows have capitalized on that, too. But it’s not so much because of the lyrics as the overall vibe of the track, which is ironic, considering it’s one of the few Mazzy Star songs that does more to capture a specific feeling than just a mood. It’s also one of their more polished compositions: compare it to something like ‘Be My Angel’ from 1990’s She Hangs Brightly, a track that uses a near identical chord progression and some of that bluesy slide guitar, but has a rougher, almost improvisational feel to it. Here, that chord progression provides a solid foundation for all the haziness enveloping it – of course, it helps that it’s also one of the most ubiquitous out there, bringing to mind Bob Dylan’s ‘Knocking on Heaven’s Door’.

Perhaps it’s that quality that makes the track so nostalgic – there’s a kind of familiarity to it, but it’s diluted just enough to let your mind wander, in the same way that the lyrics tell a specific story while also being vague enough for the listener to project their own experiences onto them. But as evocative as the song can be, it wasn’t nostalgia that the band was going for: “It was never intended to be a nostalgic song,” Roback once explained. “Unless you were meant to think about nostalgia for the present, because it really was about the present.” Which makes sense, when you think of it: it’s written in the present tense, for one thing, and the intensity of the emotion gives it a certain immediacy. But the production tells a different story – soaked in enough reverb to make it feel like the past is part of the present, unfolding right there in front of you.

And then there’s Sandoval’s singing. There’s a characteristic softness to it that makes it feel strikingly intimate, but what makes it so effective is that it externalises a whole internal world without underselling nor overdramatizing the passion that lies underneath. “Fade into you,” she sings, elongating each syllable, “Strange you never knew”. Unlike many of their contemporaries in the alternative rock scene, Mazzy Star were capable of expressing teenage emotions with a kind of quiet wistfulness that was completely foreign to genres like grunge. Even when Kurt Cobain tapped into a similar kind of introspection during Nirvana’s MTV Unplugged concert, there was barely any sense of hope behind the pain – whereas ‘Fade into You’ offers consolation right from its very first lines, as if Sandoval is singing directly to you. There was a whole lot of music in the 90s that channelled teenage angst like never before, music you could identify with – but that song provides at least some comfort, whether you relate to one who goes in the shadows or the singer chasing down after him. Even if you’re not paying attention to lyrics, the track’s gorgeous instrumental, punctuated by gentle piano embellishments and hushed tambourine, is enough to make you feel like you’re wrapped in a warm embrace.

Despite all the mystique surrounding it, though, ‘Fade into You’ is really a simple song at its core. “We weren’t trying to write a hit song – we were just writing a song,” Roback said in a 2018 interview, explaining that it started as an acoustic song. “I think we had a melody and a feel and we just followed that feel.” Though naturally averse to any kind of mainstream success, Mazzy Star were not the kind of band who grew to hate their most famous single. And yet, they always seemed to highlight that simplicity when talking about their songwriting process, as if the song just came together naturally on its own. When asked about it in a 2013 interview, Sandoval simply said: “I think it’s a good song.” But despite their refusal to mythologize themselves or their craft, it was Roback who described it most eloquently: “We’re not so concerned about the outside world,” he told Uncut in 2013. “It’s a very internal process that we’re involved in. The outside world is really not on our minds, in so far as the music is concerned […] It is its own world unto itself.” When you listen to ‘Fade into You’, it’s impossible not to lose yourself in that world; a world, that, as Sandoval wrote in a poem posted a few days after Roback’s passing, is “filled with the comforting sadness that holds us together”.