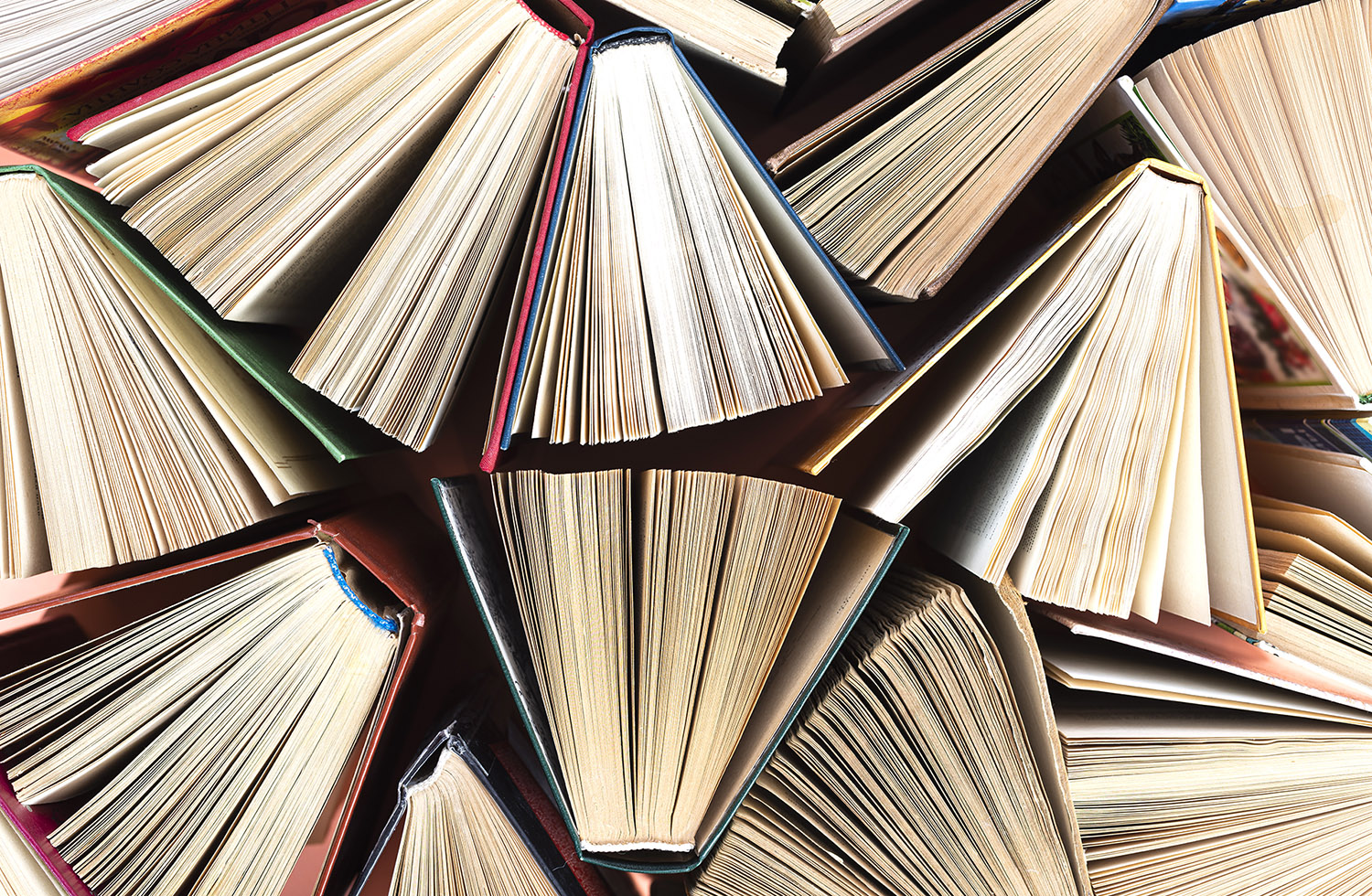 Many readers are adamant that the book is always better than the movie, but this may not be a fair comparison because of the difference in form. Films don’t often have the time to explore every detail included in their source material, especially longer classics. But sometimes, screen adaptations bring something new to the original story that offers a new perspective. This is particularly refreshing in the case of books written long before an adaptation is made. Here are ten examples of excellent book-to-screen adaptations, including those in the form of television or web series.

Lucy Maud Montgomery’s classic Canadian book series has been adapted for the screen multiple times. Still, two of its most popular adaptations are Kevin Sullivan’s 1985 film (followed by the 1987 sequel, and the slightly deviant third instalment in 2000) and the more recent Netflix series Anne With an E (2017).

The story of Anne Shirley begins when she arrives in Avonlea of Prince Edward Island after a bleak childhood as an orphan. Despite her loveless upbringing, Anne is a vibrant character full of imagination, and her adoptive parents love her for it. The 1985 film adaptation stars Megan Follows as the leading character, while Anne With an E stars the young Canadian-Irish actress Amybeth McNulty. Both give endearing performances as the beloved young heroine.

Sullivan’s adaptation is much closer to the books than Moira Walley-Beckett’s grittier Netflix series, but both bring the characters to life in the same dreamlike setting. The series introduces themes and characters that aren’t even mentioned in the books, including LGBTQ+ characters, people of colour, and First Nations indigenous characters. The series also presents a more realistic portrayal of Anne’s journey. She isn’t immediately accepted in her new home and must face bullying and discrimination for her appearance, her background, and her quirky personality.

Charlie and the Chocolate Factory

Roald Dahl’s popular children’s book has also been adapted for the screen more than once. Charlie and the Chocolate Factory (2005) stars Johnny Depp as Willy Wonka in a fun, colourful, and slightly more modern take on the original story. However, the 1971 film Willy Wonka and the Chocolate Factory is the more beloved and critically acclaimed adaptation. In the earlier film, Willy Wonka is portrayed by Gene Wilder, who brought fun and enigmatic charm to the character and gave Wonka his own touch.

Perhaps the difference in titles is significant because Mel Stuart’s Willy Wonka focuses more on its titular character, whereas Tim Burton’s later adaptation centres more on Charlie. Visually and stylistically, Burton’s film resembles other films he’s directed, with its darker gothic edge offset by quirky characters. Even the movie poster matches his other works, whereas Willy Wonka and the Chocolate Factory‘s poster looks like a children’s fantasy – which it is. In any case, both adaptations do an admirable job of bringing the magic of Willy Wonka’s chocolate factory to life.

Gillian Flynn’s 2012 novel was adapted for the big screen in 2014. David Fincher directs this mystery thriller, which stars Rosamund Pike and Ben Affleck as Amy and Nick Dunne, a troubled married couple.

When Amy goes missing, Nick is one of the main suspects of her disappearance. He adamantly denies any involvement or influence, even as strange details about their past emerge.

The film brings to life the eerie, elusive nature of the mystery and of the characters themselves. A sleek and gloomy approach to the cinematography dramatically aids in this portrayal, as do the actors’ performances; Rosamund Pike scored an Oscar nomination for her role of Amy Dunne.

JK Rowling’s bestselling Harry Potter series is one of the greatest book-to-screen successes. If such a beloved story and set of characters had been passed into the wrong hands, many book fans would have been disappointed. Luckily, the seven-part journey of Harry Potter’s life as The Boy Who Lived saw great success on the big screen.

Each film takes place during each of Harry’s seven years at Hogwarts School of Witchcraft and Wizardry – except for the final two Deathly Hallows films, which follow him, Ron, and Hermione on their quest to destroy Voldemort’s seven Horcruxes, each of which contains a part of his soul. Harry Potter and the Prisoner of Azkaban (2004) is the film that stands out in the franchise.

Alfonso Cuarón directs the third instalment, introducing a sense of darkness after Chris Colombus’s first two, lighter instalments. Known for award-winning films such as Gravity (2013) and Roma (2018), Cuarón brings a more cinematic quality to the third Hary Potter film. The Prisoner of Azkaban serves as a transition from childhood to adolescence as well as discovering the magical world and introducing its evils; the darkness in the film’s sound and cinematography suit the film’s themes and Harry’s loneliness.

Suzanne Collins’ dystopian trilogy is another popular book series that could have been a disaster onscreen, but the films were taken seriously and approached with a degree of maturity that served the adaptations well. They propelled Jennifer Lawrence to stardom and featured performances from a number of more experienced actors like Woody Harrelson, Donald Sutherland, and Julianne Moore.

The Hunger Games is set in futuristic North America, now called Panem. The country is divided into twelve Districts and a Capitol of wealthy, privileged people. Each year, the Districts must offer up one male and one female tribute, aged between twelve and eighteen, to fight to the death in a battle broadcast to the entire population of Panem.

The second instalment is the closest to its respective book, which may be why it’s the most popular. Having found its footing in the YA zeitgeist, the film is more modern and refined – perhaps thanks to Francis Lawrence’s directorial hand taking over from Gary Ross – and the characters reveal more depth following the events of the first film.

Louisa May Alcott’s classical novel follows the four March sisters, Jo, Amy, Beth, and Meg, as they grow into young women. The story is told in a comedic way that makes the girls’ youth palpable and enjoyable to read, but the narrative voice relates their tales of joy and tragedy with understanding and respect.

Two of the most notable adaptations are the 1994 and 2019 films, both of which are female-directed (Gillian Armstrong and Greta Gerwig, respectively) and critically acclaimed. The earlier adaptation stars Winona Ryder as the aspiring author Jo March, while Saoirse Ronan plays a part in Gerwig’s film. The 1994 version is a fable-like retelling of the March sisters’ lives, while the 2019 adaptation adds more to the story through its clever direction. Both adaptations are loved by fans of the book, even if they are stitched together with slightly different strings.

The Martian is a 2011 sci-fi novel by Andy Weir, originally posted chapter-by-chapter on his website. After amassing a broad readership, traditional publishers became interested in printing and selling Weir’s story of a botanist named Mark Watney who accidentally ends up stranded alone on Mars.

Matt Damon stars in the 2015 film adaptation alongside Jessica Chastain, Kate Mara, Chiwetel Ejiofor, Jeff Daniels, and others. Directed by Sir Ridley Scott, best known for his high concept science-fiction and horror films, The Martian seamlessly and skillfully adapts Watney’s sarcastic inner monologues for the screen. Humorous, adventurous, and visually captivating, the film is accessible for enjoyment by a broad audience.

This is another one of Roald Dahl’s numerous works that have been adapted into movie form. Matilda is a young girl who doesn’t fit in with her family. When she develops telekinetic abilities, she uses them to assert her youthful independence in her household and at her school, which is run by an oppressive principal.

The 1996 film is directed, narrated, and co-produced by Danny DeVito – who also plays Matilda’s father – with a twist of dark humour. As the titular character, a young Mara Wilson impressively embodies Matilda’s charm and sly wit. The film has been praised by critics and continues to be a popular family favourite to this day.

The Perks of Being a Wallflower

Lerman’s character Charlie is a troubled introvert whose only friend is his English teacher until he befriends a group of misfits in their senior year. He’s still processing the suicide of his late friend, and his behaviour frightens his family. Since the film wasn’t produced until 2012, it affords a lens of nostalgia that wouldn’t have been possible if it had been adapted earlier.

Jane Austen’s most renowned piece of feminist literature was published in 1813, far ahead of its time. Almost two hundred years later, her books continue to be read, celebrated, and adapted into films and television series. Two of Pride and Prejudice‘s best-known adaptations are the 1995 BBC series starring Jennifer Ehle and Colin Firth, and Joe Wright’s 2005 film starring Keira Knightley and Matthew Macfadyen.

Each adaptation offers a slightly different view of the Bennet family’s life. Elizabeth’s mother, Mrs Bennet, is fixated on finding wealthy husbands for her daughters. Elizabeth tries to ignore her obsessive attempts to get her married and instead follows her ambitions of becoming a respected woman. Both versions of Elizabeth are strong-willed and independent, but Knightley’s is decidedly more youthful, while Ehle’s is haughtier.

Given its longer running time, the series affords a more detailed glance into the lives of its characters. Wright’s film, on the other hand, is more concerned with style and cinematography, which works in the film’s favour.