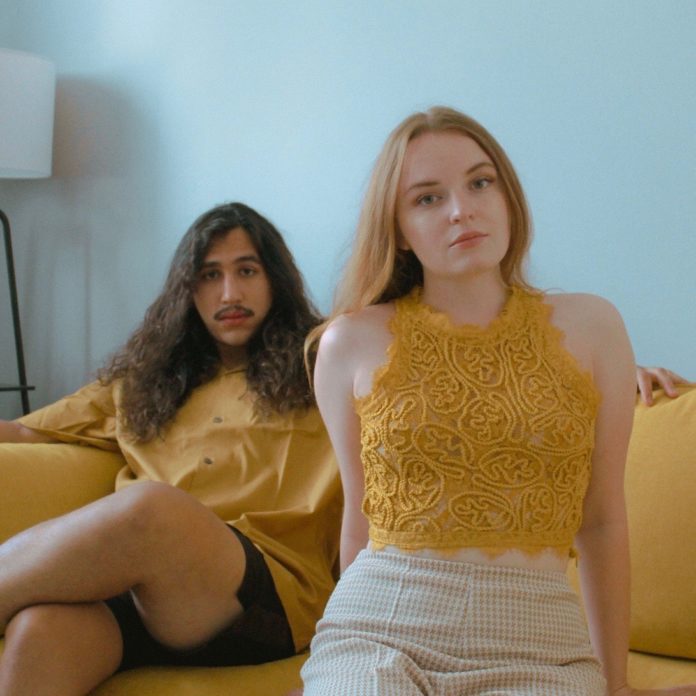 First emerging in 2019 as a quartet, Pittsburgh-based dream pop outfit Drauve are now back as a duo consisting of original members Victoria Draovitch and Stephen Grzenda. Returning with a newfound sense of clarity and focus, their latest series of singles – ‘SO LOW’, ‘TRY’, and ‘LMK’ – retain the woozy, ethereal mood that characterises the genre, but also draw more directly from familiar pop textures that serve as a necessary form of escape. On the mellow yet groovy ‘TRY’, Draovitch delivers a honeyed vocal performance as she dreams of planning a getaway but ultimately laments, “I think about it but I’ll never try.” The stand-out ‘LMK’ imbues its infectious refrain – “You said you’d let me know when you get home last night” – with an underlying sense of trepidation, making it Drauve’s most compelling and evocative release to date; the recently unveiled ‘SO LOW’ builds on that feeling of anxiety, bringing those undertones into the forefront with stark vulnerability. One can easily get lost in the sounds of dream pop, but with sticky melodies and emotive songwriting, Drauve manage to rise above.

We caught up with Drauve for this edition of our Artist Spotlight series, where we showcase up-and-coming artists and give them a chance to talk about their music.

How did you form Drauve?

We met at a local show in Pittsburgh in December 2017. After that show, we started hanging out and writing music together. We wrote for about year and a half, then put out our first single for Drauve called ‘Haunted’ in July 2019.

How would you describe your sound without using any genre terms?

I would describe Drauve as having a “wall of sound” aspect to our music. We like our music to have big moments, and encompass the listener in the sounds we’ve chosen for each song. A lot of people also describe our music as “chill”, but I think upon listening to our lyrics our music becomes more existential and anxious-feeling.

Who are some of your biggest influences, both individually and as a group?

We usually record a basic idea on guitar or synth first and loop it so Victoria can write lyrics over it. After that, we’ll usually tackle production ourselves, but sometimes we’ll work with an outsider producer which we did on our song ‘TRY’. Once production is done, Stephen actually mixes the song on his own. We have a home studio, so it makes the creative process feel really comfortable and gives us a lot of freedom to express ourselves.

What was the inspiration for your two latest singles, ‘TRY’ and ‘LMK’?

Both songs were written during March & April of 2020, so it was in the early stages of the coronavirus lockdown. We were working on music nonstop to distract ourselves from the anxiety of the pandemic, and we were also planning a move from Pittsburgh to Los Angeles. Having so much anxiety and so much time on our hands definitely had a massive impact on ‘TRY’ and ‘LMK’. Both songs deal with the anxiety of the unknown, and writing them really helped us cope with and reflect on our feelings.

How has the response to the new songs been?

The response to the new songs has been incredible. So many new people have discovered us because of the new songs, and it’s cool to know they’re connecting with something so deeply personal to us. We’re beyond grateful for the support we’ve received, especially considering we’ve only had this project for a little over a year!

What are your plans for the near future?

Well, we recently moved to Los Angeles, so we are just getting adjusted to our new home and working on new music! We just put out a new single on September 22 called ‘SO LOW’, and we will be putting out an EP in early 2021.