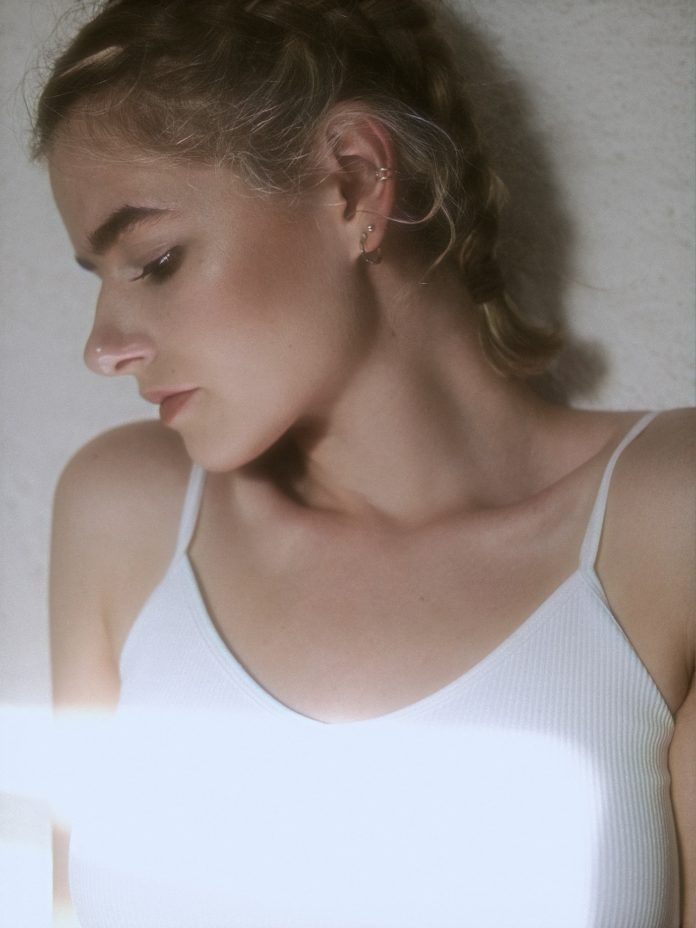 2020 brought us no shortage of quarantine Radiohead covers. So when Irish singer-songwriter Rosie Carney wanted to cover ‘Fake Plastic Trees’ and realized how many artists had already done so this year alone, she decided to take on the entire album instead. Following her stunning debut full-length Bare in 2019, as well as April’s i dreamed i was the night EP and collaborations with Haux, The Paper Kites, and Charli Adams, Carney’s The Bends features hauntingly beautiful acoustic renditions of tracks like ‘Black Star’, ‘Bones’, and ‘High and Dry’ that heighten their atmospheric qualities while showcasing the singer’s heartfelt vocals. But Carney and producer JMAC have also come up with inventive ways of amplifying and reinterpreting the heaviness of some of these songs – ‘Just’ swaddles you in an ocean of nightmarish, shoegaze-inspired sonics, dragging you further and further into a bottomless pit; ‘My Iron Lung’ has been transformed into a ghostly piano instrumental, while ‘Sulk’ is lead mostly by Carney’s distorted but still evocative vocals. More than just putting lie to the notion that acoustic Radiohead covers should be banned off the face of the Earth, Rosie Carney’s latest project offers an exciting glimpse into how she might expand her own sound in the future.

We caught up with Rosie Carney for the latest edition of our Artist Spotlight interview series, where we showcase up-and-coming artists and give them a chance to talk about their music.

Do you remember when you first fell in love with The Bends?

It’s funny, because I was never really a massive Radiohead fan. I mean, I’ve always been a Radiohead fan, but not to the extent that I am now. And it’s really since learning these songs that I’ve fully become a massive fangirl. But I think I started to listen to them in 2015 and I went to one of their gigs, and it was such a disaster. I had a massive panic attack just before they came out onto the stage and passed out and missed their first songs.

Could you talk more about that experience? What was it like returning to the album after all these years?

[laughs] That gig was just – it sucked so much. I went there with my friend, and we got there super early and we got right to the front. Seeing them live was amazing – Johnny Greenwood’s band opened, it was like him and [Israeli composer Shye Ben Tzur and the Indian ensemble the Rajasthan Express, who collaborated on the 2015 album Junun]. It was so good and I was so hyped and then that happened and I woke up in the first aid room and I was crying. I literally passed out as the lights went off and they were just about to come out. And eventually, when I regained consciousness, we ended up right at the back. And we had to leave the gig early because where I live in Ireland it’s like, literally in the middle of nowhere and we had to get a late bus back. So I was angry at myself and I left feeling really salty.

I remember I didn’t really listen to Radiohead for a while because I just felt so bad about it. And then I kind of started listening to Radiohead again when they released their last album, A Moon Shaped Pool. And I watched a film called You Were Never Really Here and Johnny Greenwood did the soundtrack to it and it was mind-blowing. So I kind of went down a rabbit hole again and I listened to The Bends and I skimmed over their work, ’cause there were albums of theirs that I hadn’t listened to. The Bends is definitely the one that I’m most familiar with, but then when I started to learn it, and knowing that I was gonna cover the whole album, it made me reflect on where I am now compared to where I was when I went to that gig. It made me feel really homesick but then I felt really at home in the record as well. It came with a bunch of emotions but it was mainly good.

Could you talk more about that? What do you think about when you compare where you were then and where you are now?

I feel like I grew up really quickly from a young age because I started doing music professionally from such a young age. I was kind of thrown into the deep end of the industry from the age of fifteen. And I thought I was kind of mature then, but when I think about who I was then and who I am now and how much I’ve grown and how much more self-aware – I mean, I haven’t got it figured out completely. This album has definitely taught me some really valuable lessons.

I know that for me, that record was really important growing up and especially in high school. And I know that you’ve been open about your struggles with mental health – I was wondering if listening to that record at the time or now has been significant to you in any way.

I mean, definitely now, this year, that album has become one of the most important albums to me. It’s really deeply impacted me. I was so lost this year, and I really was at a loss for words; I didn’t really know how to express myself and I was really struggling with my sense of identity. I struggled to articulate how I was feeling and whenever I started to learn these songs from this album, I was able to say everything that I wasn’t able to say. It really spoke to me and resonated with me on so many levels. So yeah, it has definitely become like a safety blanket for me.

Were there any songs in particular that you felt resonated even more during lockdown? I know that ‘Bullet Proof…’ just came out and you said that that was especially relatable.

The thing is, they all resonated with me in different ways. But I feel like ‘Bullet Proof’ was definitely the most challenging for me to record because I honestly felt so exposed when I was singing that song. I was feeling so vulnerable. But also ‘Street Spirit’, the last one, that was really emotional to record.

Was there any song that you didn’t really connect to as much at first but that spoke to you more after covering it?

Yeah, so the song ‘Just’. I mean, I love that song, I love the whole album. But ‘Just’ kind of freaked me it out, ’cause I remember my manager messaged me and was like, “Hey, have you started this one yet?” And I was kind of like – first of all, how the fuck am I supposed to learn this on the guitar? Like, the chords in this song are just outrageous and I just kind of didn’t really know what I was going to do with that one, ’cause it’s such a heavy, hard rock song. And then when I started to learn it, that was when I was like, Okay, I know what I’m doing. It’s definitely the darkest and the most experimental on the album; I was referencing My Bloody Valentine and I really wanted heavy, distorted guitars and shit like that. So it took me a little second for that one, but yeah.

There is one song that I wanted to ask you about, ‘My Iron Long’. Obviously, you chose to turn it into an instrumental. What was the inspiration for that?

When I listened to all these songs, I could hear myself breaking them down and making them my own, but when it came to that one I just felt like I couldn’t touch that and I just – it’s a really loud, hard song, I love it so much. And I think the only way to make it mine was to just kind of do that. I just didn’t feel like I had to sing for that one – I wanted to keep it very quiet.

How did you approach stripping back the louder songs in general?

The thing is, the real beauty of this project was that I really didn’t overthink it. Like, I was so present while I was on each of the songs, there was no actual plan. After recording ‘Bones’, I had an idea of how I wanted the album to sound but I didn’t really break down every song before doing it. It just came so naturally, which was really like a breath of fresh air.

What was it like working with JMAC for the project?

It was so great. He just got it straight away. I was given so much creative freedom. I don’t have a big professional setup – I mean, I literally recorded the bones of this album on Garageband on my laptop. But Jamie was really able to listen to the songs and amplify them in a way that did my sound and what I was going for such justice.

What do you feel you’ve learned from making this project and how do you think it might inform your music in the future?

I feel like one of the main things with this album – and I’m so grateful for this lesson – one of the main things it’s taught me is to just not overthink things, and to go back to my roots. I put so much pressure on me at the beginning of the year to – you know, everybody was jumping on livestream, it seemed everybody had their shit figured out and I – I felt folk was just uncool, and it really taught me to go with what feels right to me and what I’m good at. And yeah, it’s okay to simplify things, to just strip it back and be simple sometimes. That’s what’s needed.

Does exploring new sounds come with that as well?

Yeah, definitely. I’m currently working on my next album. I’ve just started writing again, because for a long time – another reason why I loved doing this album, it gave me a break from going into my own thoughts and trying to write music. It took me away from that for a while. And I wasn’t afraid to experiment with this album and it’s given me the confidence to explore that more with my next album.

If you could have any artist cover one of your songs, who would you choose?

Oh, God. That’s such a good question. I love Phoebe Bridgers, I think she’s amazing and I love the way she makes songs sad like I do so I’d love to hear her take one of my really sad songs and make it like, holy fuck, like really sad. [laughs]

Rosie Carney’s The Bends is out now via Color Study.