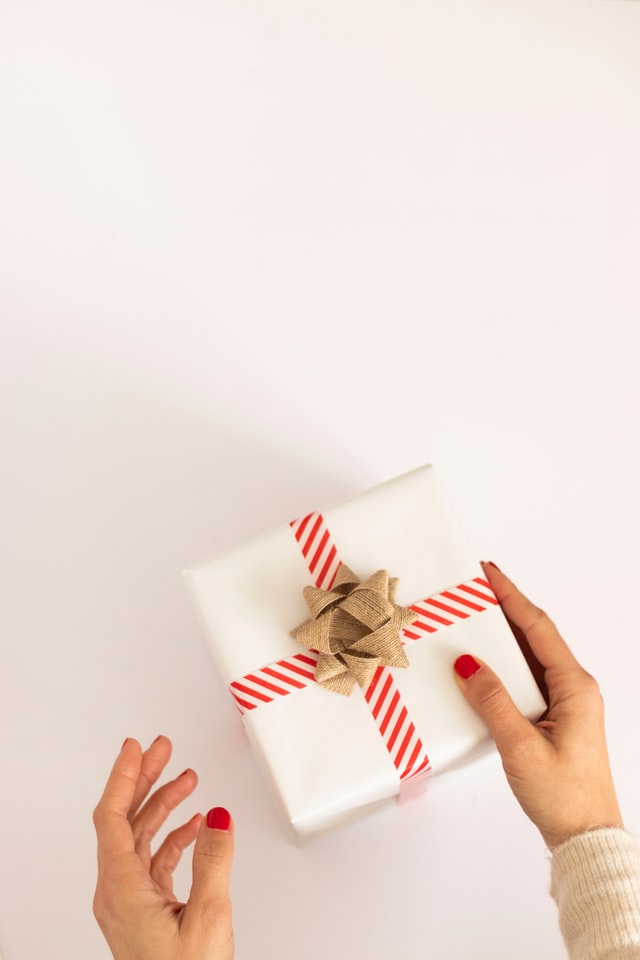 For Jews across the globe, Hanukkah is a special religious holiday that’s commemorated by spinning the dreidel, eating traditional Jewish foods like potato latkes, and lighting candles on the eight branches of the menorah for 8 consecutive nights. However, when the holiday kicks off – on the 25th day of the Hebrew month of Kislev – many Jews in the US will turn their attention to a more familiar holiday tradition: giving gifts.

Interestingly, Hanukkah originally had no gift-giving component to the holiday, as it’s something that appeared sometime along the way. So, how did Hanukkah become such a popular gift-giving holiday, especially amongst Jewish Americans?

Taking a step back: a brief history of Hanukkah and gift-giving

Also known as the Festival of Lights, Hanukkah (sometimes Chanukah) is a holiday that’s part historical, part religious, and part nationalist. There are many confusing versions of the story of Hanukkah, but it’s generally agreed that it commemorates the rededication of the temple and altar in Jerusalem in the 2nd century BCE.

In this period, the Jewish land was under Hellenic rule. In the second century B.C.E., Maccabees (a clan of Jewish warriors) waged a successful uprising against Antiochus, a Greek-Syrian ruler who reigned over Israel with an iron fist. Not just that; he had pressured Jews to embrace the Hellenic lifestyle and banned them from worshiping their God. There are cruel stories that the monarch even forced captured Jewish fighters and dissidents to eat pork.

Despite being a family of just five sons, meaning they were outnumbered by far and away, the Maccabees did overpower the oppressors, recapturing the Holy Temple in Jerusalem. From there, they rebuilt the altar and started offering sacrifice to their God once more.

Hanukkah is a Hebrew word that essentially means “rededication”, which is why the holiday is marked to pay homage to this monumental event in the Jewish fight for religious freedom and nationalist rights.

There’s also a religious element to the holiday because Hanukkah is also held in celebration of the miracle that happened after the fighters recaptured the Holy Temple. The altar and the sanctuary were destroyed by Greek forces, and the Maccabees managed to find enough oil to light the lamp for just a day.

Miraculously, the little oil fueled the said lamp for 8 full days & nights. So, when the Jewish people light the candles on the menorah for 8 nights of the holiday, they pray and extol God for making miracles for their ancestors during this time of tribulation.

Americanization of Hanukkah and the rise of gift-giving

Hanukkah gift-giving is a modern addition to the holiday tradition. In fact, unlike giving gifts on Christmas or Passover, gift-giving on the Festival of Lights has very little, if anything, to do with the religious aspect of the holiday. Up to the late 19th century, giving presents wasn’t really part of this nationalist holiday.

Instead, Jews who celebrated Hanukkah lit the menorah, played with the dreidel, and indulged in special Jewish delicacies, typically oil-fried snacks. They also gifted children with gelt, a coin that could be real money or made from chocolate.

The tradition of gifting money, instead of physical items, originated from Talmud, which stresses that every Jewish person must celebrate Hanukkah by lighting candles on a menorah. So, if you were poor or couldn’t afford to buy Hanukkah candles for some reason, you would be given the “right” by Talmud to walk from one door to the next asking for money to light the menorah.

Historically speaking, however, the Festival of Lights wasn’t a highly celebrated holiday, unlike other major Jewish holidays like Rosh Hashanah, Yom Kippur, and Passover. From the turn of the century to the late 1880s, Jewish religious leaders, most notably Rabbi Gustav Gottheil, worked hard to redefine and revive Hanukkah.

At the same time, Jewish media and Yiddish leaders made concerted alterations to the way the Festival of Lights was celebrated in an attempt to make the holiday popular. One of these significant changes initiated in the early 1920s was the inclusion and popularization of the tradition of giving gifts on the 8 days of Hanukkah.

When the holiday caught on with Jewish Americans in the early 20th century, a whole range of Hanukkah-themed songs, decorations, greeting cards, recreational games, and menorahs were integrated into the celebration. Thanks to all these efforts and the Americanization of Hanukkah, gift-giving has become a big part of the Festival of Lights by the 1940s. This is also how Chanukah became a huge part of the so-called holiday season.

Taking the spotlight from Purim

What most people don’t know is that Chanukah has transformed almost dramatically in the US over the years. Most modern Jews think that the holiday has always been celebrated the way it’s currently, but they’d be mistaken.

Part of the reason gift-giving has become consistently popular during Hanukkah is the closeness of Purim and the Festival of Lights. Purim, which is the actual Jewish traditional holiday of giving gifts, is celebrated just ten weeks after Hanukkah. In the past, some Jews lamented that Hanukkah was slowly stealing the limelight from Purim. And they were right — as the Festival of Lights became more and more popular, it siphoned the gift-giving energy off Purim, driving it to the back-burner.

In America, where Santa reigns supreme during the holiday season, some Jewish Americans have chosen to incorporate a touch of Christmas into their spirit of Hanukkah. Some households choose to give Hanukkah gifts on all 8 nights of the holiday; other families, however, may simply decorate their homes with Hanukkah décor.

Although Hanukkah and Christmas have hugely different historical and religious focus and roots, both have infused an element of gifting to appreciate loved ones and spread a little bit of joy. In some families, the eight nights begin with smaller gifts like socks or underwear (No Cold Feet has more on Hanukkah socks), with progressively bigger gifts as the holiday continues.

Your choice gift can range from small, sock-stuffer ornaments to big-ticket electronics and top-dollar jewelry. It’s all up to you and, of course, the preference of the recipient. It would be wise to stick to the holiday’s go-to colors of white and blue, though.