Get Introduced to the Top Horror Movie Franchises 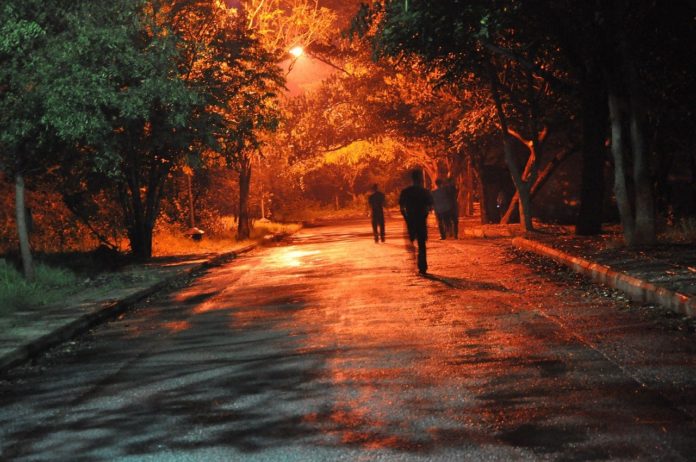 These days, is a movie even a proper movie if it is not part of a franchise?

From Marvel to Tomb Raider, James Bond to Jason Bourne, characters and complete universes are being turned not into a two-hour film, but TV series, video games and sprawling epics set across three, five or in the case of the Marvel Universe, 23 films, 169 video games and 22 TV series. Approximately.

It is fair to say there is plenty of mileage in a good franchise, and it does not just apply to the world of comic books either. Across all manner of genres, finding a good franchise is a route to financial success, although perhaps not always critical acclaim. That is even the case in the horror genre, where a popular antagonist can help carry a single slasher film into several sequels, video games and other manners of digital media.

So with that in mind, here are five horror franchises that have spread throughout pop culture, and given fans some delight at the same time.

Saw is a relatively new horror franchise, one of the few from the modern world of cinema that has created a character that interests cinemagoers and video game fans alike. The story of John Kramer, known as Jigsaw, started in 2004 with his series of clever traps capturing audiences worldwide. From a budget of around $1.2m (£860,000), Box Office Mojo reports it ended up taking more than $100m (£71.8m) worldwide. That success has seen it spawn a further eight films, as well as two video game releases, neither of which lived up to the franchise’s early success.

John Carpenter’s Halloween was the catalyst for the slasher genre of movie, a film held up by many as the father of them all. Telling the story of Michael Myers, it meanders through 12 different movies spanning 43 years. The original saw Myers stalking and killing teenage babysitters on Halloween night, starring Jamie Lee Curtis and Donald Pleasence. A 1983 Atari game did use the Halloween branding, but you could not play as Myers, although you could unlock him as a playable character in Call of Duty Ghosts.

A Nightmare on Elm Street

The slasher genre was already a big success when Wes Craven entered the fray in 1984 with a Nightmare on Elm Street. The monstrous Freddy Krueger became an overnight success, perhaps as much because of his distinctive appearance and razor gloves as anything. Eight further films followed, but like any successful franchise that was only the start. Krueger featured as the antagonist in novels adapted from the films, comic books and even a TV series called Freddy’s Nightmares. There was even a video game released on Nintendo, and Krueger even featured as a playable character on fight simulator Mortal Kombat.

Gremlins was the first really good comedy horror film, a genre which has since developed. Described as horror fantasy, it told the story of a young man who received a Mogwai as a pet, which later spawned the villainous and murderous Gremlins of the title. It had a relatively big budget at the time, $11m (£7.9m), but made more than $200m (£144m) worldwide. Oddly for a horror movie, the film not only spawned a sequel but a range of action figures, trading cards and a 2019 Christmas collectable featuring Gremlins singing! There were video games too, the last of which was Gremlins: Unleashed! On the Gameboy Colour, although you can find them featured on mobile devices right now. There is a slot title on Gala Bingo based on the original 1984 film, and bearing the same name: Gremlins, and if you wish you can find them in the Lego Batman Movie and as part of a specially released pack for Lego Dimensions. A third film, titled Gremlins 3, is expected if the animated HBO series Gremlins: Secrets of the Mogwai, is a success this year.

The story of Jason Vorhees was not the first slasher story to hit the big screen, it probably was not even the best, but for some reason, the hockey mask-wearing villain has captured the imagination of many around the world. He was not even the antagonist in the first film, but from 1981 onwards he has been terrifying and delighting in equal measure. Such was the character’s appeal he spawned a crossover film with A Nightmare on Elm Street, namely Freddie v Jason in 2003, as well books, merchandise and the excellent 2016 game Friday the 13th: The Game. The fact more than 16,000 backers helped get the game off the ground, 36 years after the first film was released, shows the strength in the Friday 13th franchise.